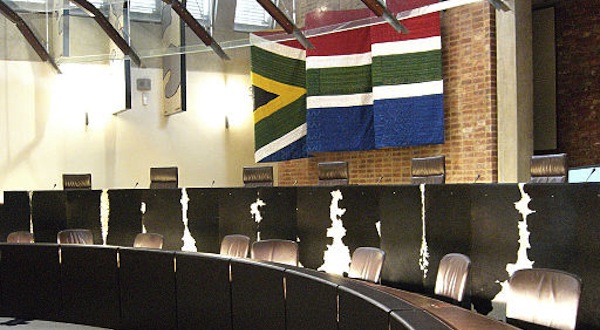 On June 28, the Constitutional Court upheld an appeal in the case of employees being dismissed for failing to disclose information to their employers about the misconduct of co-employees during a strike. This was in the case between the National Union of Metalworkers of South Africa (Numsa) who were the applicants in the case versus Dunlop Mixing and Technical Services.

In August 2012, Numsa members were engaged in a protected strike. During the strike, there were reported acts of violence and intimidation. As a result of these actions, the company dismissed the workers involved in the strike. Over sixty of the workers were not individually identified as being part of the strike but were dismissed because of “derivative misconduct”

The trade union disputed these dismissals and the workers were reinstated after an arbitration process. Leading on from that process the Labour Court and the Labour Appeal Court said that “there was a duty on the employees to assist their employers identity perpetrators and that, by remaining silent, the employees made themselves guilty of derivative misconduct.”

The Labour Court then set the decision of the arbitration process aside and the Labour Appeal Court confirmed this decision.

During the case that was taken to the Constitutional Court, Numsa said both the courts defined “derivative misconduct incorrectly as creating an obligation on striking workers to come forward…” The trade union argued that this was unfair and placed the informants at the risk of retribution unless “the employer creates a safe environment for anonymous disclosure.”

During the court’s ruling which was unanimous, the court said that it would be “wrong to use the duty to disclose as an easier means to dismiss employees rather than dismissal for actual individual participation in the violent misconduct.”

The court also said that a contractual duty as a legal precept “does not imply” employees have to disclose information of co-employees to their employer. There was also a cautioning by the court that a duty to disclose could have an impact on the right to strike. In a statement released the court said expecting “employees to be their employer’s keeper … would be asking too much without some reciprocal obligation on an employer.”

The court, therefore, announced they would be upholding the appeal by Numsa and setting aside the orders of the Labour Court and Labour Appeals Court.

In a statement released by Numsa, the trade union said: “This is a victory for our members, and also for all workers involved in strikes. In terms of this judgement, it means
that employers can no longer simply dismiss workers for refusing to ‘snitch’ or ‘rat’ on their comrades, if violence erupts at a strike.”