Home As Told to Xenophobia is just one of the many problems faced by refugees in...
WhatsApp
Facebook
Twitter
Email
Print 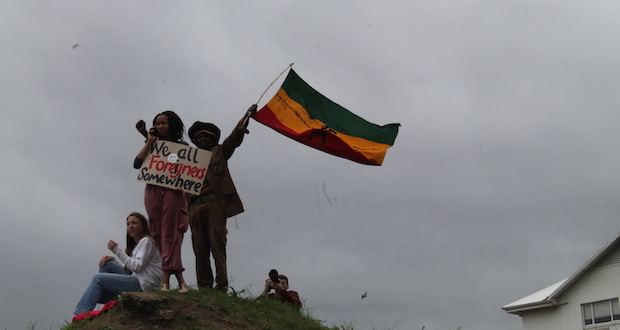 Since a refugee is defined as someone who has evaded their home country because of war, persecution or natural disasters, they have not left home by choice. On World Refugee Day, Â The Daily Vox spoke to ASTA BIZIMANA, who fled Burundi, about the challenges she faces as a refugee in South Africa. Being a refugee in South Africa is hard. Actually, being in any country as a refugee is hard because no one really knows why or cares that you are a refugee. Some foreigners go into other countries because they seek financial gain, or some are just tourists. A refugee is none of these but when xenophobic people look at you, they assume that you just came into their country looking for money. This is not the case because I fled my own country forcibly; otherwise I would not be outside of my home country.

Burundi is plagued with political unrest and all kinds of social ills. I left the country in 2008 after my two younger brothers got butchered to death for joining a political party. I ran not only because I feared for my own life but also because I hated the place after what happened to my brothers. I did not know that there would be just as much problems here too.

Getting into this country is hard. There is a whole lot of paperwork to be done but I was lucky because when I got here I had someone to help me with all that. It was a lengthy process but it was relatively smooth.

I have a 10-year-old son and have no family left in Burundi besides my father with whom we do not have a great relationship. As much as I never consider going or visiting home, I sometimes miss it. I am 32 years old and ran from home eight years ago.

The problem is not in being a refugee; itâ€™s in being a poor refugee. Ever since I arrived in South Africa, I have never found a job. I have to make ends meet with the little that I make selling fruits and vegetables. After I came to South Africa, my life has been put on hold and I just have to focus on making sure that I have money for rent, food and my sonâ€™s school fees.

I also have never lived in a formal setting or anything of that sort. I live in a shack amongst a very poor community. Here, we are easy targets for criminals as they can easily single us out. Even the police tend to treat us differently.

Another problem that people donâ€™t usually recognise is language. You cannot begin to imagine how hard it is having to learn a new language by the age of 24, where no one has the time to teach you and you have to learn as people talk. It is better for my son because we arrived here while he was young.

Living in a community outside of your country also means the loss of your culture. As I raise my son here, I will not be able to teach him the ways of my people. I sometimes try and make traditional dishes but they are not easily accessible so this means we cannot eat traditionally all the time. In my son, I am now raising a Zulu man instead of a Tutsi man and that is one of many prices that one has to pay.

Xenophobia is the most troublesome problem that refugees face, but it is not the only one.