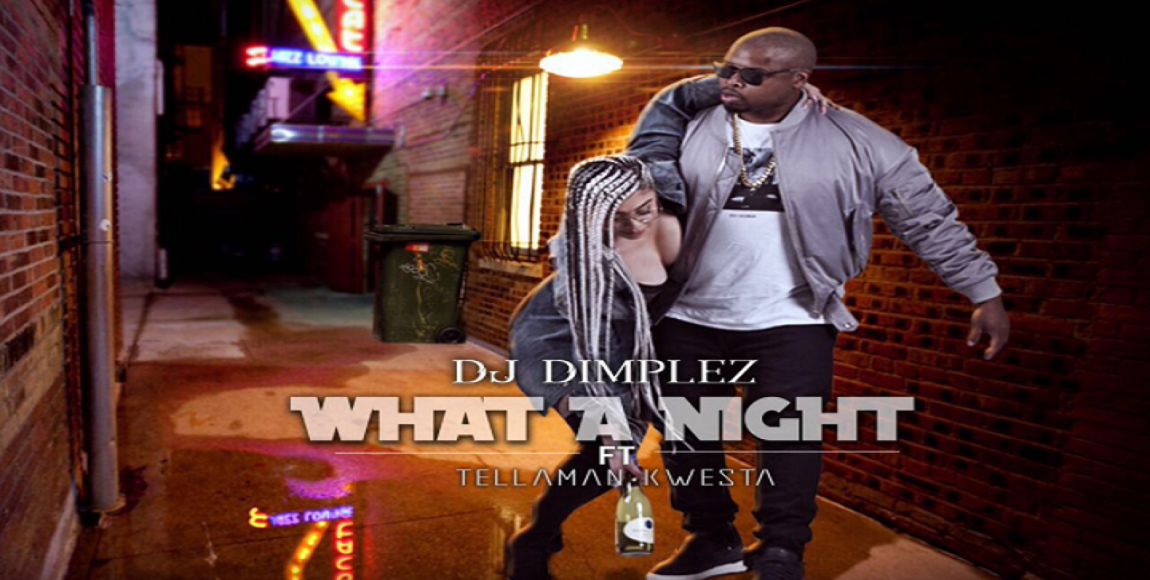 Twitter was split this week in a discussion on the sinister cover art of DJ Dimplezâ€™ new single, What A Night. The cover art is meant to depict an epic night out.

Last week, the South African hip hop DJ released cover art for the single, with the hashtag #WhatANight. The cover art depicts Dimplez carrying a drunk girl who had passed out in an alleyway outside what appears to be a club.

…violent things tht hve happened to woman and children in this country is overwhelming , but it’s men like Dj Dimplez who perpetuate rape

So Dj Dimplez Song Is Saying If You Buy Get A Girl Drunk That Gives You Permision To Sleep With Her Without Her Permission pic.twitter.com/FMPULPuF46

But many saw nothing wrong with the cover art, saying it merely showed the DJ helping a drunk girl home.

People are so f*cken sensitive like a baby’s bumsðŸ˜’, what if you were the one drunk and stumbling and the lady was simply assisting you? Smh. pic.twitter.com/MfUCNqBb0J

Hands down the creepiest cover art I have ever seen. pic.twitter.com/M1Ln1zrF4O

His comments sparked even more debate. Several people told Mpanza he was being overly sensitive and looking for things that werenâ€™t there.

Mpanza told The Daily Vox he tweeted about the artwork because it was a clearcut example of what rape culture looks like in South Africa.

Mpanza said people, including content creators, have a responsibility to understand the context we live in and to create work that doesnâ€™t trigger people unnecessarily.

â€œAt the end of the day that picture couldâ€™ve been a trigger for many women who have been inebriated and taken advantage of in clubs by men,â€ he said.

Mpanza said that women generally agreed with him, saying the cover art perpetuated rape culture. â€œPeople were grossed out, they couldnâ€™t believe the art had gone through so many channels and everybody had agreed to it,â€ he said.

But many others couldnâ€™t see anything wrong with the picture and kept responding to his tweet with alternative scenarios for the situation the cover art represented.

â€œI had to explain over and over to grown men that context is key and in a South African context, it looks like a man walking out of a club in a dark alleyway with a woman,â€ he said.

DJ Dimplez has since apologised saying he realised the cover art â€œcalls to mind rapistsâ€™ stereotypesâ€. He said it was never his intention to promote senseless rape culture or taking advantage of women. He has since removed the cover art from the singles listing.

But even after he apologised, people kept coming forward saying nothing was wrong.

You caved in. Issa trap. Sigh..mara Its okay to give in to people you don’t know sometimes cause they buy your meal

Mina I don’t see anything wrong with the artwork pic.twitter.com/hAL3sqnVu3

Some asked how people could still defend the cover after Dimplez himself called himself to order.

if dj dimplez himself can say maybe ndim, why are you still insisting nothing is wrong? just keep quiet.

The replies under that DJ Dimplez apology statement. Wow pic.twitter.com/6ktxAVJr4y

The unwillingness to acknowledge how problematic the cover art was shows how deeply entrenched rape culture is in South Africa. Itâ€™s important to recognise rape culture and to challenge it in all its forms, so good on Mpanza for calling it out and on DJ Dimplez for responding to the criticism.