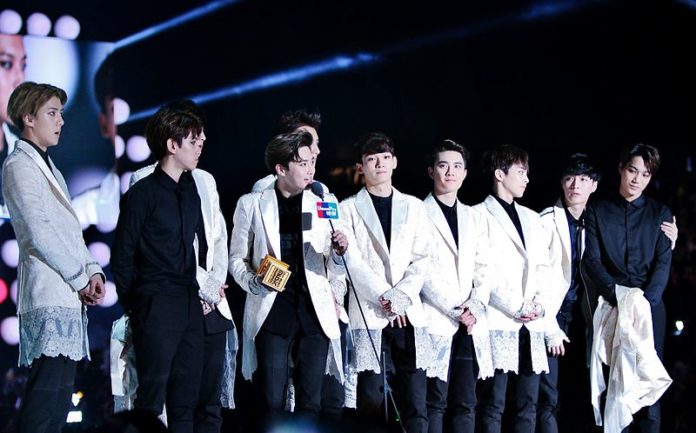 One of the biggest groups in the K-pop industry, EXO celebrated its eighth anniversary on April 8. The group might be a few members short with Xiumin and DO currently serving in the army and the rest pursuing solo projects. But there is no denying that EXO’s discography has been filled with bops from debut till now. FATIMA MOOSA rounds up her 8 favourite non-title EXO songs.

Not only was this song written by and composed by members Chen, Lay and Chanyeol from the album Exodus, it is also an apology of sorts to EXO fans EXO-Ls. The song came out in 2014 which was a tough year for the group and the fandom. Even many years later, this song still promises to make anyone listening to it a little teary-eyed.

Accompanied by a fun flying dance, Don’t Go is a sweet song with lyrics that speaks of always being there for a loved one. Put together with their member’s vocals and soaring high notes, Don’t Go is a must have for any playlist.

Most K-pop groups are characterised by the ability to pull off brilliant harmonies. And EXO truly proves why they’re one of the best through Peter Pan. A song that gives a nod to the childhood character Peter Pan will definitely leave the listener feeling nostalgic and wishing they could be going to Neverland.

The true test of any music group is being able to sing a song without any of the background sounds or accompanied by a performance. On 24/7, EXO displays the full might of their vocal line with just soft instruments playing in the background. The sultry sounds of the song make the song stand out even from an album filled with many great songs. (It starts at 3:42)

With a performance to match, El Dorado is just that song. Starting with DO’s unique voice leading to the rest of the members, El Dorado is a fast-paced song melding the best parts of the EXO dance performance with singing ability. And Baekhyun comes through with the powerful high note as well.

From their third album Ex’Act, Heaven is a cool-sounding R&b song. With cute lyrics that speak about a loved one being brighter than the brightest jewel in heaven, Heaven is made even better with the rest of the members singing their hearts out.

EXO’s album The War was filled with tons of fun and summery songs. Most of the songs feature a tropical house feel. With Forever, the members’ voices are perfectly complemented with a slight techno background sound. The live performance of the song is pretty fantastic.

From their latest album Obsession which only featured six members, Baby You Are is another proof of what has made EXO one of the K-pop industry’s best. From the smooth vocals of the members to those neat ad-libs, the song is a great listen from start to finish.