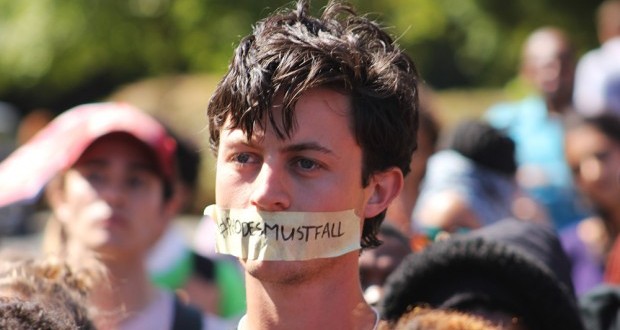 Apartheid is in the past but white people still owe black people a debt and it must be repaid, starting right now, writes MOGOMOTSI SEBAETSE.

White people be like: “I donâ€™t have any problem with black people, however I do have a problem when people think the world owes them something, and when they donâ€™t get it, everyone who refused them is immediately labelled a racist.â€

Let me be clear. Yes, white people suffer, and some at the hands of black people. Iâ€™ve also known some black people who have enjoyed relative ease and economic privilege.

The experience of black people in what is today the â€œdemocraticâ€ Republic of South Africa spans hundreds of years of being bought and stolen from their homelands, ripped from their cultures, parted from their families and their language, and being sold and treated as inanimate objects. Itâ€™s an experience of systematic, frequent, and legal rape, beating, murder, torture, kidnapping, incarceration, cruel working conditions and constant verbal and physical dehumanisation. For hundreds of years.

Even after slavery ended officially in 1838*, and apartheid in 1992, much of this continued for another 100 years, well into our lifetimes. The black experience has included beatings, murder, vandalism, intimidation and humiliation at lunch counters, public streets, private homes, workplaces and the voting booth.

It has includedÂ de jureÂ andÂ de factoÂ exclusion from decent neighbourhoods, home loans, schools, adequate jobs, political representation, and legal justice in courtrooms. While increasingly less legal, much of this continues today, as does the fallout and trauma of coming from 12 or more generations of abuse.

And all this because WE are black. Whites as a group have experienced nothing even close.

Let me be clear again, Afrikaaners. Maybe you had no slave-owners in your lineage as far as you know. Maybe you came from various strains of farmers and working class folks arriving from Europe at various points in history. Maybe your lineage is full of suffering: crops failed, plagues came, war with the British, women had more children than they could handle and no socially acceptable channel for their genius, money was short, wars broke out.

And still, the life you enjoy today is in large part due to what people of African descent contributed to this country.

Black peopleâ€™s bodies â€“ literally and figuratively â€“ tilled the soil, built the foundation, and grew the backbone of this country. They planted and harvested crops that fed you and grew your white wealth. They built the roads and railroads. They nursed and cared for white children so that wealthy white women could spend time doing other things like studying and developing their artistic talents. And on and on.

And you have yet to truly acknowledge that white people are rich because black people did so much to build this nation, and built it for cheap or less than nothing.

The life you enjoy today is also made easier by the fact that you were born with a white skin in a country where having white skin has brought meaningful, unearned advantages for hundreds of years.

And yet so many white people think racism is gone, over, a moot point, or a tiresome topic. Especially Good White People. They point to all the progress theyâ€™ve made and how much better things are. Yes, theyâ€™ve made progress and things are better â€“ but this was just as much (or more) due to black people’s efforts as theirs. Yes, you still owe us a tremendous balance.

White people! YOU are the problem. YOU stand in the way of progress, of ending racism.

RELATED: NWU-Pukke: “Pukke is the only Afrikaans campus left, where must we go?”

Itâ€™s almost funny when white people say theyâ€™re sick and tired of hearing about race and racism. Guess what? So are black people. The difference is that most people of colour think or talk about race almost every dayâ€¦ because we have to in order to survive; whether in universities, city streets or the corporate workplace.

No, not â€œeverything is about raceâ€. If youâ€™re white and feeling that way, itâ€™s probably because black people and other groups of colour are feeling more and more safe enough to speak up, and youâ€™re getting a glimpse â€“ a tiny glimpse â€“ of what itâ€™s been like to be them for hundreds of years in a way they canâ€™t ever escape.

Maybe youâ€™re afraid that black people are telling the truth. That their experience is real, that maybe you arenâ€™t who you say you are.

Why isnâ€™t black peopleâ€™s experience enough evidence in itself that you have a problem? Do you not believe black South Africans because their experience isnâ€™t yours? Because you think theyâ€™re making it up? Because itâ€™s unflattering? Inconvenient? Maybe youâ€™re not hearing us because weâ€™re black?

RELATED: It’s not just Stellenbosch University that needs to “luister”

How terrified you must be. This fear is further evidence that you know you owe us a debt.

Black people as a group arenâ€™t any more saintly than white people. Yes, there are blacks who â€œplay the race cardâ€, maybe even â€œrace baitâ€. They are a minority. Their actions and voices tarnish, but do not diminish the truth that nothing in white peopleâ€™s experience comes close to the suffering of black people, and you white people owe black people a tremendous debt â€“ still unpaid.

Our actions are in response to racism, not the cause. They are ways individuals are making tiny moves to right the wrongs you have inflicted.

And since when does someone need to be blameless to receive justice? If that were true, none of us ever would.

Being the beneficiaries of racism doesnâ€™t make things all hunky-dory. I have yet to meet a white person who felt their life was all peachy. This is why so many of you resist the notion that you have race privilege.

But imagine just how much less peachy your lives would feel if you didnâ€™t have white skin. Imagine your presence, competence, and intelligence being constantly questioned â€“ before you even open your mouth to speak, or even before you show up in person. Imagine being constantly watched by store owners and stopped by police and security guards. Imagine carrying the visible mark of your slave heritage everywhere you go.

Only blacks (and other people of colour) experience racism: the systematic distribution of resources, power and opportunity in our society to the benefit of people who are white and the exclusion of people of colour.

The chickens have come home to roost, Good White People. Now is the reckoning. Youâ€™ve been paying the debt down, but you still owe us.

The fact you didnâ€™t incur this debt and you arenâ€™t personally guilty is irrelevant. Your system isnâ€™t built on that principle. If my grandfather dies and leaves behind an outstanding debt, it doesnâ€™t just go away – my father gets it. If he doesnâ€™t pay it off, I inherit the debt. Someone always pays for debts and Â being beneficiaries of slavery and racism makes you co-signers. Bummer.

Youâ€™ve inherited this debt. Hereâ€™s how you pay it down:

Thatâ€™s your debt, your bill due and payable. Sounds difficult? Scary? Unfair?

How dare you! Nothing in white peopleâ€™s experience comes close to the suffering of black people. Nothing. And you inflicted this suffering upon us. These actions are the very least you can do.

Tired of hearing about race and racism? Then make it stop damn it.

This opinion was originally received as a comment on aÂ previous article “Black students donâ€™t matter at NWU-Pukke“.Â It has been edited for length.

* This article originally stated that slavery in South Africa ended officially in 1865. It ended in 1838. This has been corrected. 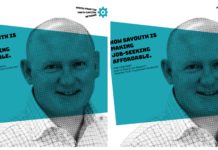 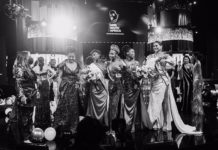