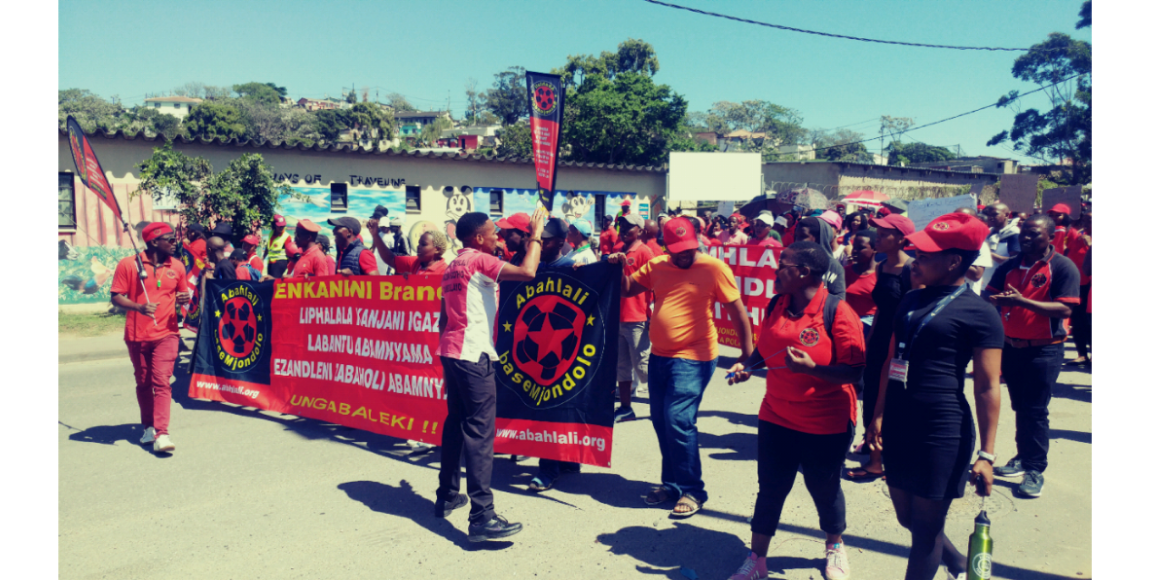 The shackdwellers movement Abahlali baseMjondolo are fearing for their lives following a break at their Durban central offices on Wednesday night. According the organisation’s president S’bu Zikoke, the break in comes after the organisation called for eThekwini Mayor Zandile Gumede to step down amid charges levelled against her.

Zikode says the organisation’s leadership is in fear following a house break in they dubbed ‘strange’ at their offices, in Diakonia Centre, in which electronic devices were taken.

“The break in happened on Wednesday night as we saw it today in the morning when we got to the office. Two computer hard drives were taken and a key to the organisation’s safe, but no money was taken, which shows that whoever broke in was looking for information,” he said.

Zikode says the organisation finds it coincidental and worrisome that right after a statement was released by the organisation calling for eThekwini Mayor Zandile, who is currently facing numerous charges, to step down and an incident of this nature occurs.

“We understand that this is political and since we are very vocal, things like this are inevitable, which is not right because it infringes our freedom of speech. Our leadership is currently living in fear because if someone can break into an office where there are cameras and security, this means they are not safe since they live in informal settlements,” Zikode says.

Abahlali baseMjondolo’s call for the mayor to step down is an old one. In the past few years, the organisation has been at loggerheads with the city, which they have often accused of assassinating their leaders.

Zikode, who has had to live underground for some time due to death threats says after the break in they are really concerned because “We know the mayor is dangerous, and so are the people around her. Our worry now is that if she doesn’t step down, the case will be jeopardised since some of the witnesses are part of the council and work with her. If she is not removed, the case won’t be fair.

“We are not judging her, we are not saying she is guilty but as the accused of such heinous crimes, she should step down until cleared of all the charges levelled against her.”

Gumede who is out on a R50 000 bail had handed herself over to the police on Tuesday, 14 May appeared at the Durban Magistrate’s Court on several charges including fraud and racketeering. https://citizen.co.za/news/south-africa/courts/2130369/durban-mayor-zandile-gumede-faces-corruption-charges-in-court/amp/

Since 2017, Abahlali have routinely seen violent evictions and repression from the city’s anti-land invasion, and alleged that the ruling party with the municipality were behind the brutal evictions that left many people displaced, and others with gunshot wounds.

However, eThekwini Mayor’s spokesperson Mthunzi Gumede rubbished the allegations in 2018, saying “This is an old, repeated, fabricated allegation by Abahlali … they must approach relevant security agencies if they have evidence instead of the media,” the spokesperson said. “Making such a serious allegation without going to court will not assist anyone. The failure to report such is counterproductive and equivalent to defeating ends of justice,” Gumede told Al Jazeera. www.aljazeera.com/amp/indepth/features/housing-rights-activists-intimidated-south-africa-181008120425773.html

The organisation remains resolute on its call, for the mayor to step down pending investigation.