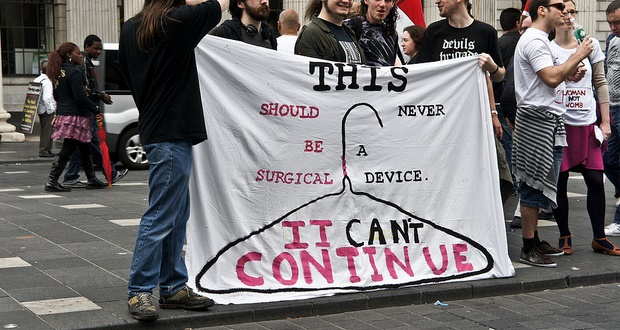 Sexual and reproductive health and rights (SRHR) play a major role in the lives of young people, enabling them to decide freely and responsibly on all aspects of their sexuality, writes OLIVER METH.

Between February 23-25, the AIDS Foundation of South Africa will host its annual Regional Learning and Sharing Conference in Durban, themed “Policing Sexualities: Sex, Society & State”. The conference aims to share experiences and knowledge on the complexities of making sexual and reproductive health rights real in Africa and beyond.

A number of covenants and policy frameworks, like the 2006 Maputo Plan of Action, have been signed and ratified concerning reproductive health and the rights of young people in Africa. Developed much earlier than this, the 1994 ICPD Platform of Action was a watershed in the development and population arena, as it called on governments to address the needs and rights of young people related to SRHR.

Access to SRHR information and services does not seek to grant a licence to young people to engage in early sexual activity. Instead, it is an effort to build the capacity of young people and to avail the necessary tools to them so that they make responsible sexual decisions to protect their health and that of their future children.

Especially in Africa, the urgency to respect, promote and fulfill young people’s SRHR is highlighted by the number of young people in the region: it is estimated that adolescents and young people in Sub-Saharan Africa constitute 19.6% of the population.

Addressing young people’s SRHR in Africa is also vital, given the devastating impact of HIV and AIDS, the high rates of unintended pregnancy and the risk that those pregnancies may lead to unsafe abortions, given restrictive laws and the inaccessibility of safe services.

Despite these, SRHR still remain a non-priority issue on the development agenda of many sub-Saharan Africa countries due to limited political leadership and commitment to the realisation of SRHR, and inadequate resource allocation. The language of rights in SRHR is still controversial in African countries, which continues to undermine SRHR policy and programmes.

A key element of the AIDS Foundation of South Africa’s work is gathering scientifically sound evidence both to inform the interventions and to ensure that the experiences and needs of targeted communities reach policy makers and opinion formers.

Also critical is enabling organisations working in remote and impoverished areas to link up with each other to share the lessons – both good and the shortcomings – of their work.

Many of the challenges to realising SRHR are common to communities and countries throughout the southern African region. While the contexts vary – for example in terms of legal status for LGBTI people, or the prevalence of child marriage, or access to antiretroviral treatment – the barriers to making choices and services freely available to everyone who is denied them are often similar. These may be related to among other things, poverty and inequality, to patriarchy, to epidemics, to lack of political will, cultural, religious or institutional discrimination.

There is a need for governments to develop programmes that provide access to comprehensive sexual and reproductive health services that include contraception, safe abortion and post-abortion care counselling and treatment for all young people.

It would be unforgiveable for a nation, a parent or the whole global development community to make a 13-year investment on the education of a girl, only to hold back the services and information that would prevent her from having an unplanned pregnancy, and dying from the complications of unsafe abortion, pregnancy and childbirth.

Let’s organise an effective response in eradicating the barriers and boundaries, to make sexual and reproductive health rights real in Africa.