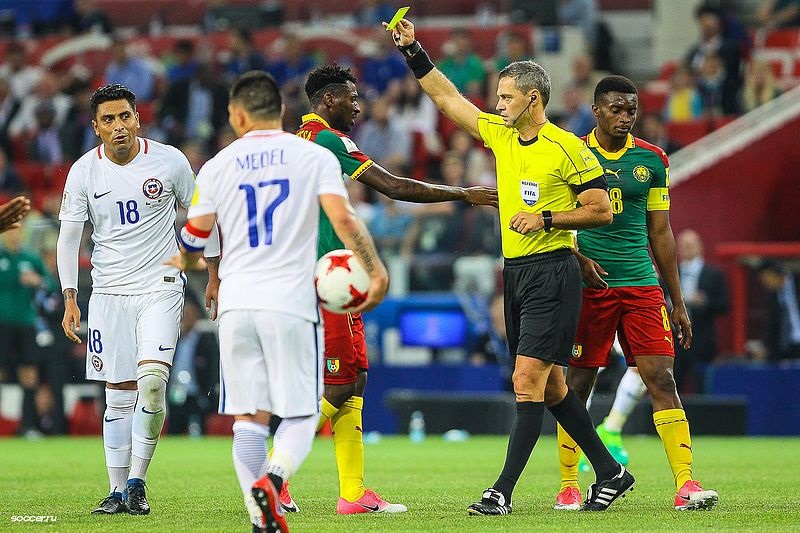 Cameroon has been withdrawn as hosts of the 2019 African Cup of Nations due to delays with security and preparation concerns. The new hosts are expected to be announced on January 9 with South Africa leading the list of countries to take over. (We really shouldn’t be doing this again – remember 2010?) Despite many saying it is a blow that Cameroon won’t be hosting this year, the country will be reportedly hosting the 2021 tournament.

UPDATE: Egypt has been given the hosting rights for Afcon 2019 – beating out South Africa 16-1 during the voting process.

Egypt have been awarded the rights to host the 2019 Africa Cup of Nations by The Confederation of African Football (CAF), ousting South Africa in the process. https://t.co/sGsKEnF0zs #KickOff

Security and preparation concerns seem to be the main reason for countries being awarded and withdrawn from hosting tournaments. Football federations in Africa and internationally should really add another hosting criteria: moral issues.

In 2018, Russia hosted the Fédération Internationale de Football Association (FIFA) World Cup. many concerns were raised prior to the tournament about the human rights violations that the Russian government committed against its citizens. These concerns were all forgotten in the allure of the biggest footballing stars taking to the pitch during the tournament. Human Rights Watch (HRW) called the tournament an own goal for Fifa saying that the football organisation condoned many human rights violations with Russian President Vladimir Putin being allowed to use the games to “sports-wash his rule”. The Russian government are well-known for being anti-queer, anti-black and anti-immigrant with no viable sanctions being taken against these.

Enjoy The FIFA World Cup, In Spite Of The Politics

“Countries hosting the World Cup gain global prestige, which gives FIFA and fans leverage to demand that hosts uphold basic human rights and human dignity inside and outside of the stadiums,” HRW said. The same can be said about Afcon. Hosting any international sporting event gives the host countries a credibility and legitimacy. Afcon hasn’t used the chance to speak to the human rights issues and Cameroon really should have not been given the hosting rights in the first place.

For the past two years, the people of the English-speaking region in Cameroon have been making international headlines due to increasing repression of the English language in the education and judicial system of the majority Francophone country. Many activists have been jailed and found guilty of terrorism and other charges due to the protests. Several people have had to flee the Anglophone region – the country of Ambazonia.

Black-On-Black Colonialism: The Divide Between Francophone Cameroon And Anglophone Ambazonia

The ongoing deliberate system that has been put in place by Cameroon’s President Paul Biya to oppress the people of Ambazonia had not been brought into question at all by Afcon in the initial awarding of the tournament. When the people of Francophone Cameroon resisted, the government sent its military to arrest and jail the protesters. This has been happening since 2016 up until 2018 with no end in sight for the government repression.

The next World Cup scheduled to take place in 2022 has been awarded to Qatar. Even before the tournament, the Middle Eastern country has had an atrocious record of human rights violations against its citizens. While the country is largely seen as being on track for the hosting of the tournament, there has been shocking reports about the violations taking place against the workers who are constructing the stadiums for the tournament.

The Workers Cup – a documentary about the workers in Qatar – reveals the hard conditions and false hope the people are given as they work. Ramzy Haddad, a director on the documentary told The Daily Vox earlier this year that a lot of exploitation is going with the workers in Qatar and attention needed to be given to the issue. “We had done a lot of coverage for international stations about this story as journalists based in Qatar. Our access was always limited. It’s not a story that the government really wants people to cover. There were a lot of challenges. We didn’t want to put anyone at risk so we were always careful when we covered the story.” he said showing the vastly hostile environment in Qatar towards workers and journalists.

Benchmarks of readiness used for tournaments are usually about stadiums being built and whether adequate security is being provided – who the security is for can also be questioned. Yet, the politics of the country are largely forgotten. Football federations and football fans need to stop pretending like the game is apolitical. More often than not football fans are the very people who are the victims of these violations. Fifa and Afcon have no leg to stand on if these federations want to pretend like they care about fighting racism and protecting human rights when they are literally awarding these big tournaments to countries who time and time again violate them. Political situations in countries need to be analysed before hosting rights are afforded. Then again these federations are usually very corrupt so that’s unlikely to happen.