Home As Told to Antiretroviral treatment has allowed me to live my dreams and raise my...
WhatsApp
Facebook
Twitter
Email
Print 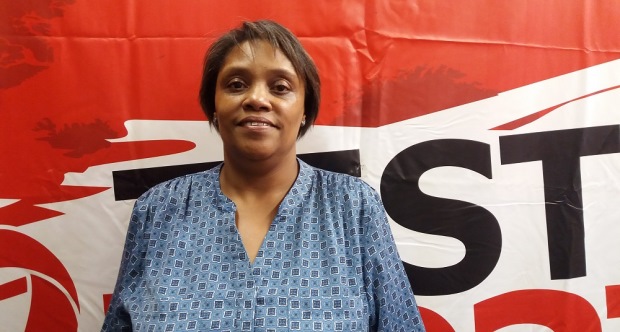 Jenny Boyce, a 48-year-old from Mariannridge, Durban was one of the very first patients at the Aids Healthcare Foundation’s Ithembalabantu Clinic in Umlazi, since it started rolling out free HIV/AIDS treatment in 2001. She told the Daily Vox about her journey since she was first initiated on the antiretroviral treatment 14 years ago.

I was initiated on the antiretroviral (ARV) treatment in March 2002 and I am patient number 21. I have loved being part of the Aids Healthcare Foundation (AHF) family; the treatment programme came at a time where there was no treatment in this country and we were desperate to live. It has been a great 14 years and the AHF has allowed me to live my dreams and raise my children. Accepting that one is infected with the disease is often not easy, especially with some of the people having derogatory comments about people living with the disease. I struggled when it was time for disclosure to my family but my body had already given up on me and thatâ€™s when I realised I had to.

Obviously disclosing that I was HIV-positive affected my family especially, because I was dying at that time. My family took a physical and emotional strain, particularly my children. Watching their mother die was difficult but knowing that their mother was dying from a disease that everyone is whispering about was the hardest. But my family gave me all the support that I needed.

There is still a lot of fear and stigma associated with HIV. Thatâ€™s why people often struggle with disclosure, and thatâ€™s worrying. Living with a disease thatâ€™s non-curable is a struggle, hence I would like to advise and encourage young people to take care of themselves. They should have goals and dreams that will delay their sexual activities so that they wonâ€™t be infected with HIV. We are aware that there is treatment that can keep us alive for a long period of time but itâ€™s better to keep yourself safe.

Young men should love and respect their partners and young women should respect themselves. Those who are infected should be respected because itâ€™s easy to talk to people when they accept you for who you are.

Having campaigns such as â€œKeep the Promiseâ€ and artists such as Common taking an initiative to raise awareness, helps a lot because stigma is something that has to be chipped away. The more people like me and others speak out about it, the easier it will be to deal with stigma.