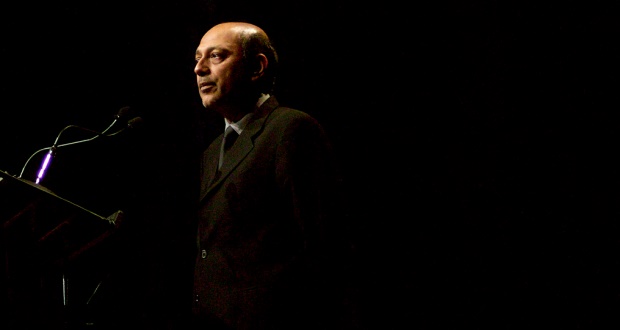 The Durban international Film Festival (DIFF) has been thrown into controversy over allegations of censorship and the resignation of its manager and programmers. The producer of the film at the centre of the saga, ANANT SINGH, responds to the open letter written by Sarah Dawson, former manager of the DIFF. His statement is reproduced in full.

I am currently at the Cannes Film Festival and have just been made aware of Sarah Dawsonâ€™s open letter in which she outlines the reason behind her resignation which largely deals with the issues surrounding the selection of SHEPHERDS AND BUTCHERS as the opening night film. As filmmakers we are very proud of the film we created about a story that originated in Durban. We are equally proud of the fact that it was celebrated at the Berlin Film Festival.

I was very surprised by the flurry of correspondence and social media activity that emerged, and up to now, had elected not to engage in the debate as we are purely focused on the ability to make films and achieve excellence in filmmaking.

I would like to add that I have never met, nor have I spoken with Sarah Dawson over the selection process, and neither did I engage with the university executive on the matter. In my 30-year association with DIFF, I have always respected their decisions and never at any time tried to bring my influence to bear. I feel that it is important to share with everybody the actual correspondence that exchanged between us in the interests of transparency and the fact that Sarah has gone public with inaccurate assertions and information.

I have had films in the official selections of almost every major film festival in the world. In each instance I have tried to get the best for our films, but the circumstances around this particular process has been exceptionally unique and complex, and quite unexpected.

I outline a few points which I think are relevant to this matter:

1. Whilst Sarah commended the film, she indicated that she was concerned about â€œthe qualitative experience of our guests, some of whom are compelled to be there, and who might find the material difficultâ€. For me, it did not make sense. The Durban International Film Festival has in the past opened with films that are far more graphic and controversial and, importantly, all these films had artistic merit. We have had films there like ONCE WERE WARRIORS, that dealt with issues of family violence, rape etc. which was extremely well received. Obviously, everyone is aware that I am the producer of SHEPHERDS AND BUTCHERS and, as with any filmmaker, I want to try to do what is best for the film.

2. The process in trying to secure the opening night slot, was one that began with us screening the film on 11 March 2016, and I was quite surprised that after Sarah and a colleague watched the film, we received the response which is included in the trail of correspondenceÂ attached.

I felt it insulting to the creative process and our ability to tell stories, and found this view stifling, which was unexpected, especially from the film festival. Films featured in festivals are supposed to be thought provoking and challenge boundaries. The film was already in the process of being rated and a few weeks after Sarah watched the film, we were informed that it received a rating of 16V, which we thought would be a factor that would make the film eligible for the opening night. This added to my disappointment.

3. I felt compelled to write to Sarah to express my views and disappointment and solicit a response as to the process followed and the rationale behind her decision. This, I copied to her colleagues at the University. At no point did I ask, or force the action, to secure the opening night, this is a position that every filmmaker desires but should remain at armâ€™s length in the selection process.

4. As part of our offer to the Durban International Film Festival this year, we proposed a special screening of SARAFINA! as the Festival opens on 16 June which will mark the 40th Anniversary of the Soweto Uprising. We felt that as the film is based on this historic event in our history, it would be a good opportunity for the Festival to commemorate this important occasion. We were advised that there may not be a place in the programme for this film.

I considered the withdrawal of SHEPHERDS AND BUTCHERS from the Festival due the mire of controversy, but believe that it would be counterproductive, and unfair to the team involved in the production.

As the selection process for the opening night position is vehemently opposed and has become controversial, I propose a fair process be adopted where an independent group of 5 or 6 people be formed to view all of the films under consideration for the opening night slot, and have a fully transparent process and whatever decision results, we should all accept.

I understand that every filmmaker may feel a sense of entitlement to that prestigious position but only one film can prevail.

Lastly, I feel that I have been unfairly treated in the assumption that I enforced undue influence over the university executive, and I am now being blamed for this situation which could have been avoided.

This correspondence takes the position of an open letter and sets out our side of the story for clarity.