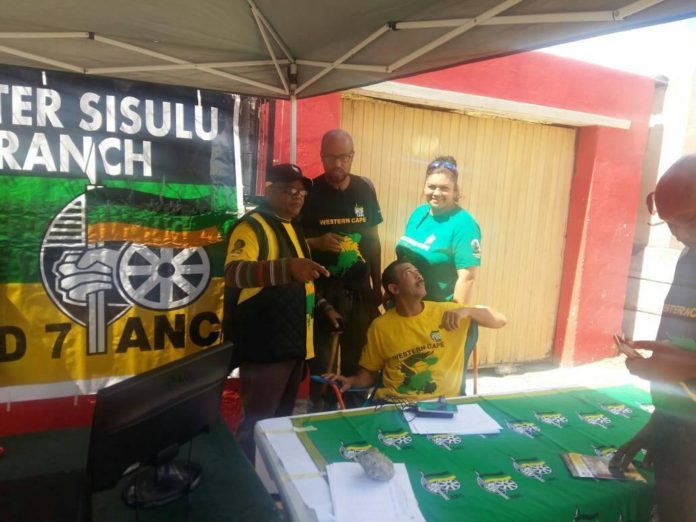 During the campaign trail, African National Congress (ANC) president Cyril Ramaphosa said the governing party is fielding some of the best candidates for the local government elections. He also said the party is in the best position to deliver to the people. One of the ANC’s Western Cape candidates is Valentino Stander, running for ward 26 in the city of Cape Town.

Stander was born and bred in Elsies River, Cape Town. He completed his schooling in the area, and lives in the ward. He is a community activist, freelance citizen journalist and has a background in photography. For the past 15 he has worked on youth issues, housing and poverty alleviation.  Stander said for years the ward has battled with basic services like sanitation. There is also an informal campaign around hunger and food security for the people in the ward. Food is collected in the neighbourhoods and distributed to people in need.

The ward is a Democratic Alliance (DA) stronghold.

Stander said one of the main challenges people are facing is access to water, and water cuts. He said rental issues and dilapidated buildings are a scourge in these communities.

“The Flats people are living in have been standing for more than 50 years. One can only imagine the state of these structures. Walls are collapsing and roofs blow off. The leakages during winter are so common too,” Stander said.

He said unemployment, lack of opportunities, recreation facilities and resources for children were also major concerns. There are also social ills like addiction and gangsterism that people have expressed to Stander. Other Cape Flats communities have expressed their concerns over safety and security.

“I don’t have a set of promises to people. My campaign is about doing the work. Whatever budgets I am allocated must be spent on the community. The people and their challenges must be prioritised, ” Stander said.

Activists have said the current budget does not focus on service delivery or providing housing for the poor.

The City of Cape Town passed the Unlawful Occupation by-law

Stander said ward committees must be transparent and strengthened.  They also need to be spread across the ward. He said right now there is no equal spread. He said his starting point as a ward councillor is to be the conduit for community priorities.

The community feelings about the ANC

“There is this narrative in many communities here that the ANC is only for Black people. The ANC is thought of as corrupt and responsible for moral decay,” Stander said.

He said the people voted the DA in power but blame the ANC for the failures in the communities. The DA takes no accountability, but skilfully makes people believe it is the ANC’s fault, Stander said.

“I go into hostile areas and still get a warm reception. This is a result of my community work through the years. I still live here and I am known to the people. I also care and have a deep affinity for these communities,” Stander said.

Stander said as the ANC prospective ward councillors have to do an online course. It consists of four mandatory modules to prepare them. It also had a particular focus on local government, and a ward councillors role.

Here’s what mayors and councillors are supposed to do

Stander says many of the voters say they are ready for a change in governance. “They see no improvements or any benefits, but also won’t speak about it at times,” he said. “The swart gevaar narrative is also still effective in communities. But with one on one talks they express they are not happy with the DA,” Stander said. The term swart gevaar was used during South Africa’s apartheid era. It referred to the perceived security threat of the majority Black African population, toward white and minority folks.

Stander said if elected ward councillor, his office will be in the community. He said he will make sure people have consistent and regular access to him.