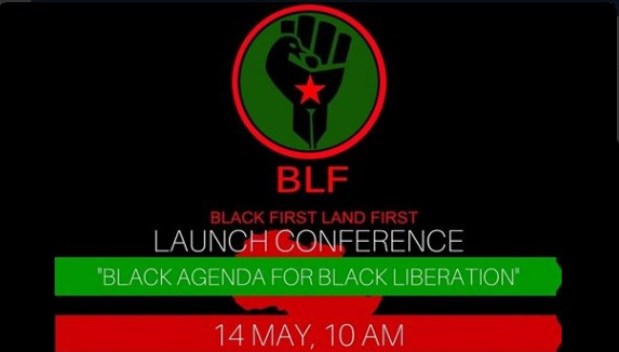 Former Economic Freedom Fighters MP, Andile Mngxitama launched the Black First Land First movement in Soweto on May 14. Â The movement seeks to prioritise black people and their liberation within the political framework of the country. MBALI PHALA was at the launch.

Hundreds of people from different parts of South Africa filled Uncle Tomâ€™s community hall in Orlando West, Soweto, on May 14 for the launch of the Black First Land First (BLF) movement. The movement, according to Mngxitama, is black consciousness and Pan-Africanism inspired by a Sankarist way of governance, and he believes the movement will overthrow the current system of white supremacy. The launch comes nine months after Mngxitama first announced the pro-black movement following his dismissal from the EFF. Although the movement will enter political spaces, Mngxitama stressed that it was not a political party but rather a movement using politics to end politics.

Great emphasis has been placed on the fact that the movement is for black people only, referring to black consciousness leader Steve Bikoâ€™s inclusion of people of African descent, coloured and Indian people under the definition of black.

During his â€œblack agenda addressâ€, Mngxitama said the agenda for black liberation was a direct response to the anti-black racist, capitalist and patriarchal society that maintains black peopleâ€™s pain and white privilege. He summarised a 50-page proposal during his address about challenges faced by black people and resolutions, including service delivery and minimum wages. One of BLF’s proposals is that people living in suburban homes with unused rooms would be taxed for to source money for housing those who donâ€™t have any houses. An alternative to the taxing, is the subdivision of these houses with vacant rooms to enable those without houses to move in.

â€œWhite people are always saying they are happy to live with us, this is the perfect opportunity to prove that,â€ Mngxitama said. Other proposals included the eradication of townships, the legalisation of marijuana and that the minimum wage be R12, 500 across the board for all sectors.

Filmmaker and activist Bev Ditse gave a brief address calling on the movement to be inclusive of women and the LGBTQI community. She highlighted that there was no room for patriarchy and that black women are very much capable of leading their own movements if men within the movements hurt black women in any way.

The movement has also announced that it has laid charges against Johann Rupert, Maria Ramos and the banker Colin Coleman, for corruption.

The conference adopted a range of resolutions, including that BLF intends to participate in the coming local government elections to enhance the revolutionary mobilisation. The socialist movement is willing to go into coalition with any political party under the â€œAzania umbrellaâ€ for their proposals to come to fruition.