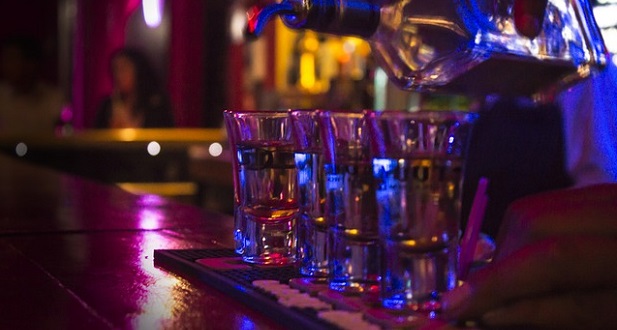 You might have seen adverts on social media calling for people (read: mainly women) on bad dates or unsafe situations to go to the bar and either â€œask for Angelaâ€ or order an â€œangel shotâ€ to signal the situation theyâ€™re in. In South Africa, Mail & Guardianâ€™s Bhekisisa launched a cellphone app in Diepsloot to make it easier for victims of gender-based violence to know where to find help.

All of this might seem all fine and well, but many critics say that the message – just like school sex education campaigns that tell girls how not to get raped instead of telling boys not to rape – is that women have to take charge of their own safety because nobody is actually capable of reining in the beast that is gender-based violence. To the extent that we celebrate â€œgood samaritansâ€ when they prevent potential rapey situations from turning into a reality.

Even in a world where we know where the problems lie; teaching girls that itâ€™s okay if a boy pulls their pigtails â€œbecause he likes youâ€, not engaging on issues of consent, victim-blaming and -shaming, among others – we, as a society, do not hold rapists and potential rapists responsible for their actions. Rather, the blame and responsibility lies squarely at the feet of the victim or potential victim.

The lack of accountability the perpetrators face remains at the pinnacle of a very slippery slope.

Activist and rape survivor Oliver Meth says victims are routinely blamed for violence perpetrated against them, and sending the message that stopping rape is the survivor’s work has a ripple effect. “‘Rape prevention’ obscures the responsibility of perpetrators and society at large â€¦ If we conscientise people, train law enforcement and tighten up justice systems – sending a clear message, zero tolerance to those that perpetrate – [that] would be the first and ideal step in reducing rape,â€ he says.

However, in saying this, it doesnâ€™t mean that we should be too critical or completely discard these â€˜preventionâ€™ techniques in order for the rhetoric to fall, while hundreds of women become statistics every day.

Ferguson thinks theyâ€™re saying, “ask for help, and we’ll provide it”. That’s a good thing. However, â€œif women are being told they should have ordered an angel shot when they report their rape, that would be victim-blaming, but I really don’t view the posters as putting the onus on womenâ€.

This has been put up in the Ladies bathroom. Very cool initiative from Hooters South Africa Respect! pic.twitter.com/DI7514Lqeb

Naturally, she says, it won’t prevent all assaults, because not all assaults happen at bars. Statistics show us that people are often assaulted by people they’re familiar with, and not strangers or people they just met.

â€œIt’s possible that a date comes off as kind and respectful until they’re in private with their date, and then they might assault their date. At the same time, it’s useful to have a few tools that can help women feel safer if a date does go wrong.â€

The downside, Ferguson argues, is that the ideas have gone viral. â€œUnfortunately, that means that predatory people might have seen it on Facebook, and thus know what the ‘code’ means. But the value of the ‘angel shot’ goes deeper than the ‘code’. Knowing that a bartender is willing to call the police, take you to your car, or find you a cab is valuable in itself. Knowing that it can be done discreetly is also really helpful. I think the ‘angel shot’ posters signify to women that the establishment is on their side, and that the staff members are willing to help them if they feel unsafe.â€

The flipside is that it ignores the fact that not all victims are women, and not all perpetrators are men, which is, in itself, exclusionary and playing up to the status quo. Ferguson says it is important that all patrons feel that the establishment would support them if they’re sexually harassed, or made to feel uncomfortable on a date.

â€œI really hope that the establishments aren’t just hopping on the angel shot bandwagon because it’s popular,â€ she says.

What we need is the two sides feeding into each other. It may seem like a fairly simple solution, but the fact that society needs rape prevention or safety tactics in order for women to keep themselves from being raped should be a call to action that women should not be put in this position in the first place.

And just so you know, before you #NotAllMen this on Twitter and Facebook, remember that not doing anything to dismantle the oppressive structures under which we operate means that until it is #NoMan, your #NotAllMen argument is invalid. Just sit down.