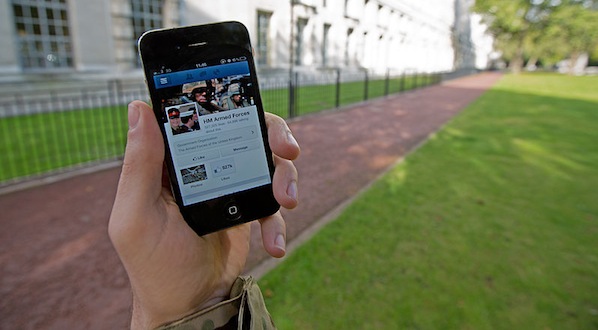 In race-conscious and politically correct South Africa, it seems almost wrong to talk about something like Black Twitter. But itâ€™s okay, white folk. #blacktwitter is a thing. PONTSHO PILANE explains.

Black Twitter, according toÂ BuzzFeed, is â€œa group of thousands of black Twitterers who are interested in issues of race in the news and pop culture and tweet A LOT.â€ While this is also true locally, Black Twitter in South Africa has a different flavour.

It is an alternative platform to engage on matters that matter to young, black South Africans. Historian Nomalanga Mkhize (@NomalangaSA), writing inÂ Christian Science Monitor,Â saysÂ â€œWe’re a part of [the media], but our manner of discussion, it’s subordinate to a centre and that centre is suburban and white.â€

In the US, Black Twitter is used largely as a vehicle for social change, and to discuss problems black Americans experience and are specifically concerned with, often with a sense of humour.

For instance, Black twitter mercilesslyÂ trolled celebrity chef Paula Deen,Â after she used the N-word and expressed nostalgia for a plantation wedding, with black waiters dressed in white tuxedos, and then made a horrible mess of her apology.

But South Africaâ€™s Black Twitter is harder to follow, perhaps because of how diverse black people in South Africa are. With 11 official languages; one needs to be culturally clued up to make it in Black Twitter. Being black does not give you a default pass into this realm. I am black, but even I often find Black Twitter inaccessible.

Black Twitter has always been there but became more visible online in 2012 when DA leader Zille made headlines for her part in a discussion about racism in Cape Town restaurants. The discussion, which ended in a face-off between Zille and singer Simphiwe Dana (@simphiwedana), spun out of control when Zille tweeted Dana: â€œYouâ€™re a highly respected black professional. Donâ€™t try to be a professional black. It demeans you,â€ drawing the ire of Black Twitter.

Dana concluded the debate by tweeting “Helen Zille has managed to piss off black Twitter. She can’t blame me for this one.”

But Black Twitter is not always so serious.Â In South Africa it is predominantly made up of the young black middle-class so there is a lot of discussion on pop culture on any given day.

In its most natural form Black Twitter is just plain hilarious. On any weeknight you can expect the popular soapieÂ GenerationsÂ to trend on Twitter locally and find discussions on how much the creator of the soapie Mfundi Vundla still draws viewers despite his horrible scripts.

TwitterÂ on SundayÂ can be brutal, withÂ shadeÂ being thrown all over the place. Yes, shade.

Black Twitter is always a messÂ on Sunday. Guaranteed!

One day, hopefully aÂ Sunday, I will invite black twitter to a room & just ask “How do u come up with this sh!t u tweet?”

â€œTowning,â€ which means to have unprotected sex, was made famous by the so-called godfather of Black Twitter, blogger Khaya Dlanga (@khayadlanga). Dlanga explains the etymology to the word, which gained traction on Twitter, onÂ his blog.

â€œMansionsâ€ meanwhile is a tongue in cheek substitute for the word â€œmentionâ€. Â This word took off in 2011, at the inception of Black Twitter, when Typo Nazis spotted a tweet that used the word â€œmansionsâ€ in place of â€œmentionsâ€. The rest, as they say, is history.

To some, Black Twitter has become a businessÂ opportunity. #OkapiFunDay started as an informal get-together by a popular figures from Black Twitter in Johannesburg. Okapi Fun Day is now a formal event, and will soon be expanding to other cities.

Twitter has created the platform for young Black people to engage in conversations that serve and concern them,Â whether or not their white counterparts come to the table. Ignore it and you miss out on crucial part of the national conversation.

But be warned, as Helen Zille is now no doubt aware, one must tread carefully on Black Twitter. Do notÂ touch them on their studiosÂ because your mansions will be a mess.