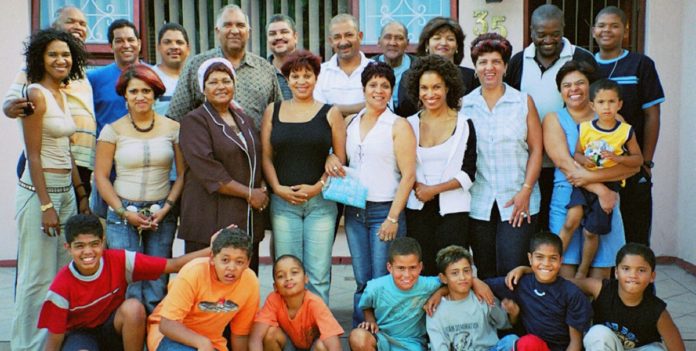 Chris Beilings believes persisting with the term “Coloured” is an act of defiance in itself.

The past few months have seen a high volume of dialogue on Colouredness in social circles. This ranged from #ColouredLivesMatter in response to the murder of Nathaniel Julies to often heated debates on Coloured culture. Recently I read an article by Ling Shepherd on their subjective rejection of the Coloured term. Personally, I support anyone who chooses to identify in any manner they deem fit – this exemplifies the agency that we are all entitled to.

It’s no doubt, as Ling says, that the etymology of the term “Coloured” is steeped in the dehumanisation of slavery at the Cape. Perhaps the legacy of Cape slavery is lost on a Johannesburg Coloured such as myself. However, I believe that a deeper analysis is required of how Colouredness is perceived and employed within Coloured communities.

Slavery, much like Apartheid, was an extremely violent system of oppression. That’s not to say however that it was totalising in its subjugation of the enslaved body. As Robert Ross noted some 30 years ago, slaves at the Cape had various means of subverting the orders of their masters and expressing their limited agency. Similarly, the parameters of Colouredness shouldn’t be viewed as an overdetermination of powerlessness.

It may be the case that our heritage had been robbed from us, but that can be viewed with somewhat of a silver lining. We find ourselves in a position where we can reinvent who we are as a people. Colouredness is comparable to Malcolm X’s use of the “X” in his name as a placeholder to supplant his lost roots. To call myself Coloured means two things: to acknowledge the suffering of my ancestors, but also to signal that I am the constructor of my own identity.

Africanism is another identity that serves as a positive proxy for those who use it. It too comes from a history of European encroachment. Historical evidence suggests that the Romans used the term in reference to their territories in Northern Africa. Despite Africa’s Latin etymological roots, people in the continent and diaspora still find revolutionary resonance with identifying as proudly African. It is largely owing to the Pan-African movements of the 20th century that Africanism was imbued with a sense of pride and solidarity. Should we not encounter Colouredness in the same vein?

Coloured people today just as our ancestors before us, are not in a position of total powerlessness. We have before us the means to reimagine what it means to be Coloured, regardless of where the term may have originated. In my opinion, the usage of the term Coloured is of no less value than Creole, Khoi or Camissa as terms of identification. I like to think about Colouredness as a sublime slap in the face to the oppressors who thought they could break us, yet here we are using their term as a means to build ourselves up.

Chris Beilings is a PhD candidate at the University of the Witwatersrand. His research focuses closely on Coloured subjectivities in western Johannesburg.