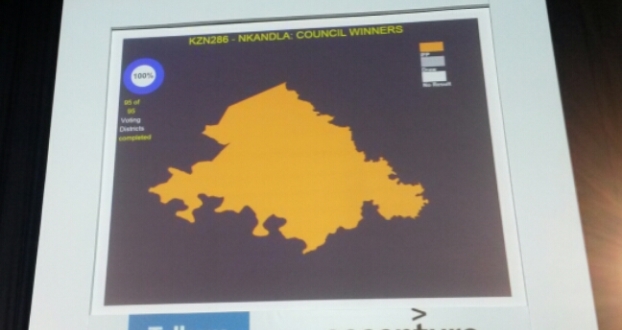 The Inkatha Freedom Party have retained the Nkandla municipality, despite claims from a senior member of the African National Congress early on Thursday that ruling party had prevailed there. Earlier today, the ANC made a major mistake by prematurely declaring that they had taken the Nkandla municipality from the Inkatha Freedom Party when they were leading the votes in the morning However, the votes have changed significantly since Jessie Duarteâ€™s statement celebrating the win.

Speaking to the Daily Vox, IFP MP, Liezel van der Merwe said: â€œAt this stage, we can confidently say that we have reclaimed Nkandla municipality, the hometown of the president of the Republic.â€

That awkward moment when you realise your neighbours don't like you. #Nkandla #ElectionResults pic.twitter.com/ZvGn5763fa

Nkandla is however a historically IFP-governed municipality.

Paul Berkowitz, a local government researcher at Edgis, a division of the Economic Development Platform, said that up until 2011 Nkandla was an IFP municipality.

â€œThe ANC governed in Nkandla in coalition with the National Freedom Party, but they didnâ€™t hold on to it for very long,â€ he said.

The IFP went into Wednesdayâ€™s local elections as the incumbents in the Nkandla municipality.

With votes now counted, the IFP have won the most votes there, with a 46% majority to the ANCâ€™s 41%.