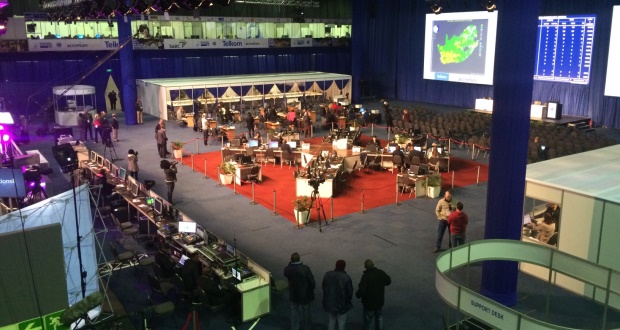 With results trickling in, and some very different stats than in previous elections, speculation around what everything means going forward from this election is widespread. Political analyst EBRAHIM FAKIR offers a comprehensive yet detailed analysis of everything that’s going on.

â€œThe system at local government level is very complex,â€ says Fakir. â€œWe should be breaking things down to particular municipalities and when you do that, the system will have to calculate the proportion of the vote that the party got and from that subtract all of the wards that the party won, and then distribute the seats.â€

â€œFormation of government will depend on majority number of seats that you have in council in order to make decisions and appoint people to position.â€

â€œPeople are trying to draw trends and we should be wary to do that.â€

Some things are becoming clear, says Fakir, such as the fact that voter turnout was especially high in suburban areas, and that there is a need to look more carefully at the way that coalitions are structured.

And has the DA really won Nelson Mandela Bay?

â€œIt’s a bit hasty to reach that conclusion. The system is designed in such a way that all the PR votes will need to be counted and all of the votes for councillors will also be tallied. Ward candidates that stood for a party will have votes for them counted towards an overall tally.

â€œThose that stood as independents will be disregarded – the PR system as we call it may still affect the outcome. It will depend on the number of seats allocated across the board. So it’s a bit early to make that claim definitively.

â€œWe all knew that this would be the most competitive election so far.â€

And will the DA be taking Gauteng?

â€œWard votes will affect seat distribution. The Tshwane metro is likely to set the tone for how the others will unfold. But the Tshwane metro seems to suggest that the ANC will get the majority of votes.

And it will be very close, looking at projections of 47%/48% for the ANC, and 43%/44% for the DA, and about 10% for the EFF. It literally will come down to the wire and on the basis of seat breakdown,Â we’ll see how coalitions will be structured.

There are clear lessons for the parties – you can’t be dismissive and arrogant or responsive in a way filled with hubris when people criticise things, or be dismissive of people as “clever blacks” … because voters will punish you! And I think that’s the big upshot of this election.â€