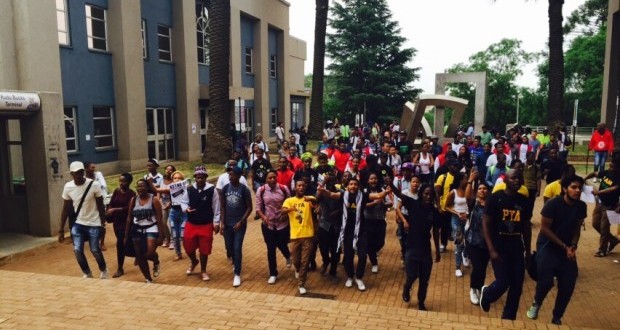 Student protests, arising from the #FeesMustFall movement, are continuing intoÂ theirÂ third week. Things are moving quickly at campuses around the country and the Daily Vox TeamÂ is here to track them.

11:07, Wits After much debate on whether to continue the protest or not, the Wits SRC released a statement confirming that, while not all its demands had been met by the state or university, academic activities would resume at Wits on Wednesday.

Within minutes of the news being made public however, rumours began circulating that the SRC had been influenced into capitulating by political higher-ups. Expect lots of internal politics to play out tomorrow.

17:35 UP After extensive discussions, students signed a formal agreement with the principal and vice-chancellor at UP, and agreed that academic activities would resume on Tuesday.

17:05 UJÂ Â Once things got off the ground at UJ’s mass meeting earlier, students demanded that management set a time frame for achieving free education and ending outsourcing and that the university protect the right to protest at UJ and give assurances that students would not be victimised for participating in the #FeesMustFall protests. In addition, they called for student unity and an end to closed door meetings between the SRC and management.

Five take-aways from this morning’s meeting at UJ: Students want 3 demands presented to management, to which management…

15:55 UWC Meanwhile at the University of the Western Cape, students have occupied the Life Sciences building. They are demanding that the Kovacs residence become institutionally owned, that debt be scrapped and that fee pricess fall.

15:52, WITS Students are to attend a mass meeting, set for 7pm this evening, to decide whether to continue with the academic programme tomorrow or not.

15:33, UJ Things are tense at the University of Johannesburg where arguments between various student leaders are reported to have broken out at a public meeting on campus.

A fight is breaking out for the microphone. Everyone wants to be the voice. #UJFeesMustFall

15:30, NMMU Students at the Nelson Mandela Metropolitan University are still having an open session with their vice-chancellor, Derrick Swartz.

15:12, WITS The Wits SRC is expected to release a statement soon in response to a set of measures proposed by university managementÂ to “get the academic programme back on track”.

15:00, UPÂ Rumours have been circulating online that Cheryl De La Rey, the vice-chancellor, of the University of Pretoria is set to agree to a list of 19 demands laid out by student groups there. However, De La Rey’s spokesperson Anna-Retha Brouwer could not confirm this; De La Rey is still currently negotiating with students. The university earlier waived registration fees for needy students and announced there would be no increases to residence accommodation fees, meal fees and any initial payments.