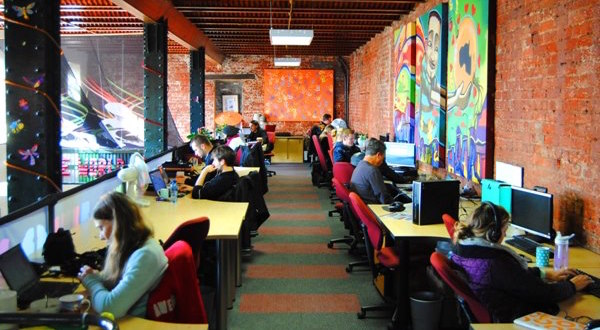 Africa is struggling with joblessness. Even thoughÂ younger generations have increased access to education, 60% of the continentâ€™s young population is still unemployed.

In South Africa, where nearly 50% of the countryâ€™s young people are unemployed, Small Business Development Minister Lindiwe Zulu has hailedÂ entrepreneurship as the key to job security. ”

South Africa is a youthful country. The long-term solution to the nation’s unemployment crisis is to create a nation of entrepreneurs, and not a nation of job-seekers,â€ Zulu said during a speech at the Gordon Institute of Business Science Enterprise Development Academy. As a result,Â access to technology is also becoming increasingly important to the country.

On the continent, technology is being used strategically to empower youngsters who are unemployed. Could technology be the answer to our employment conundrum? A recent article on AllAfrica.com lays down three ways technology is opening job markets across the African continent. Itâ€™s these tech-based strategies, itâ€™s argued, that are improving the job prospects of young Africans, while sparking stronger local economies from within communitiesâ€.

In one instance, tech start-up M-Farm offers farmers mobile tools to educate farmers on new farming practices, weather reports and market prices for their produce. The result is the increased profitability of their farms.

In another, a wave of co-working spaces began to pop up around West Africa. Jokkolabs, which provides Internet access and the opportunity for people to share information, gives entrepreneurs a pace where they can engage with one another, start new business together and tackle issues facing their communities. Jokkolabs . In this year alone, 142 people have joined Jokkolabs and the initiative has spread to Senegal, Mali, and even France.

Similar co-working spaces are already showing an impact in South Africa. Hubspace Khayelitsha is just on of the countryâ€™s many co-working spaces making digital resources accessible to disenfranchised young entrepreneurs.

For the unemployed, finding Internet at work is not an option, and therefore new ways to make online access available are crucial. Only 10% of households in the country have Internet access in their home, with the majority needing to go to work in order to have an Internet connection.Â Cheap or free Wi-Fi is slowly being made more readily available in South Africa, with airports, coffee shops and most recently on minibus taxis offering the service.

Africa has shown that digital strategies could help empower young entrepreneurs, now the question is,Â can the tech be made available quickly enough to ease the burden of unemployment?

For the full story on how tech is changing the face of unemployment in Africa visit AllAfrica.com