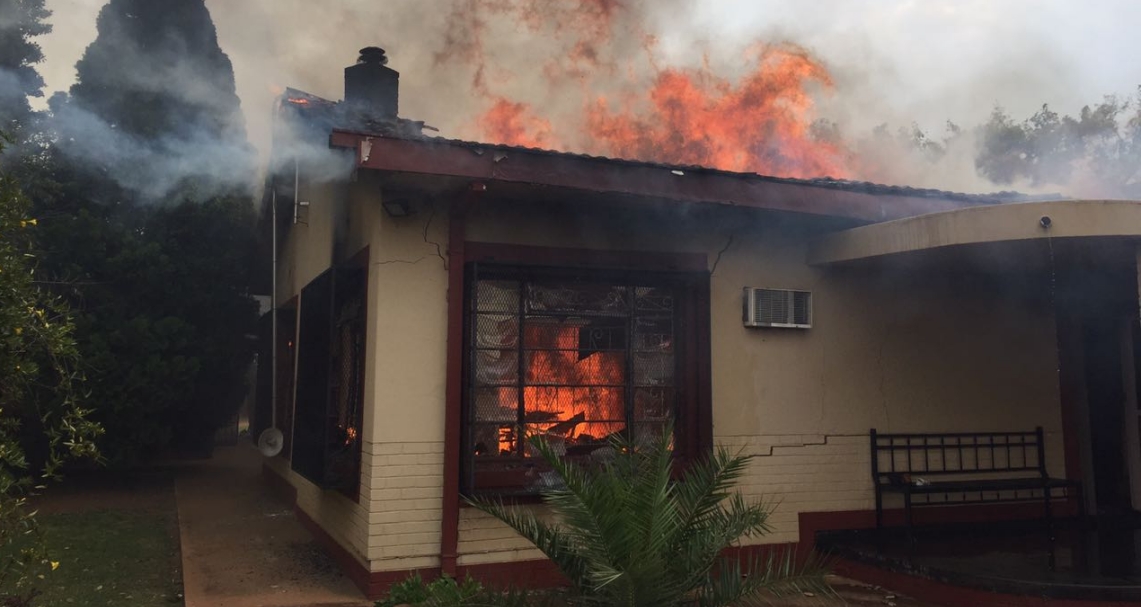 Two North West farmers, accused of killing 16-year-old Matlahomola Jonas Mosweu in Coligny, have been granted bail of R5 000 each. Pieter Doorewaard and Philip Schutte were arrested on 25 April for the death of Matlahomola, who allegedly stole sunflower seeds on their farm on 20 April.

The two farmers testified that the teenager jumped off their moving bakkie, trying to escape, while being taken to the police station. However, a witness said he saw the two farmers beating up Mosweu.

Residents from Coligny were upset by the courtâ€™s decision and went on a rampage, setting three houses alight. Journalists on the scene reported being threatened by a gun-wielding man on the property. Photojournalist, Mujahid Safodien, was attacked and injured by the man.

#Coligny cops fire stun grenades and smoke in an effort to keep a group of angry residents off a farm.
MV pic.twitter.com/DDmKPU1H8y

Mosweuâ€™s father, Sakkie Mosweu, was visibly angered by the courtâ€™s decision to grant the men bail. â€œNo man! I am deeply pained, that was my child,â€ he said repeatedly in Sesotho.

Mosweu was buried on Sunday, 7 May. Brigadier Sabata says the boyâ€™s cause of death has not yet been determined.

Dooreward and Schutteâ€™s are expected back in court on 26 June.