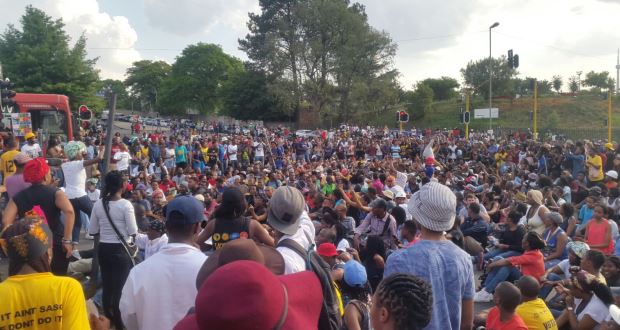 Fee hikes for 2016 fell on Friday but by Saturday Wits students, who believeÂ their demands have not been adequately addressed by President Jacob Zuma, decided to continue with their protests. That decision however couldÂ have far reachingÂ consequences, particularly if students do not sit their exams. AAISHA DADI PATEL and PONTSHO PILANEÂ considerÂ the possibilities.

“Most of us international students don’t have family here in South Africa. Where will we stay? What about our visas?” asked a concerned second year law student, Sandra Mpanyira.

“I have been supporting the protest and joined in on few occasions. I did not mind the university being closed next week but the longer we protest the longer we would have to stay in South Africa to finish exams,” said Mpanyira.

Final year students with secured job offers
For final year students, job opportunities have been secured and scheduled. SomeÂ are required to beginÂ work in December or the first week of January. Final year medical students beginÂ their internships immediately after the new year.

Infrastructure neglect
From a specifically Wits context, the pool at Wits is green, buildings aren’t being maintained, and there are numerous broken bits of infrastructure. Wits is a largeÂ university, and it needs a lot of care and maintenance to function. If the protest continues, it’s likely this neglect will also continue. The same could be said for any of the universities around South Africa.

And if exams areÂ not written at all:

No progression
If the protest continues, and exams are not written, first years will remain first years, and those who are doing the final year of their degree will not graduate. There will be an inevitable delay in when exams will be written, and this will affect when students will be able to pass and progress.

Matric students
Matric students and other hopeful first years will have their entry into the tertiary education system delayed because of the change in the internal processes on campusÂ as a result of the protest – there mayÂ simply be no space for them in the new year.

Paying to do the same thing again
For 2015, mostÂ students have already secured a space in the examination hall. Â By delaying the academic year, the money being spent on it is effectively wasted.

The revolution may be in full swing but the protestors will soon need to engage with theÂ harsh practicalitiesÂ involved in shutting down an institution for an extended period of time.