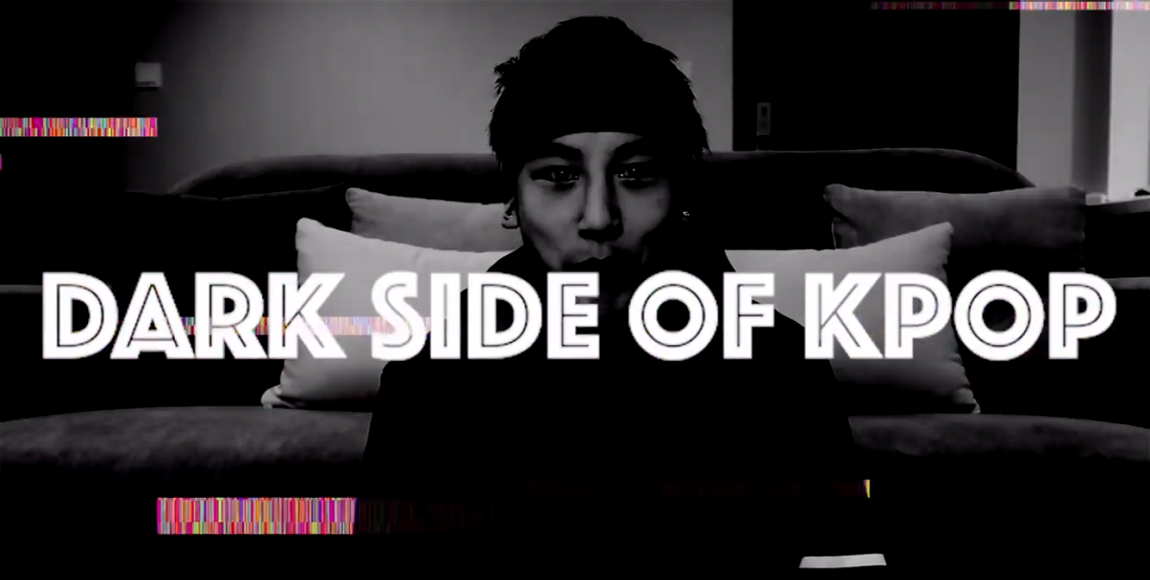 The K-pop industry has been in the spotlight particularly over the past few months as more and more of its idols have been thrust into global stardom. With catchy lyrics, brilliant dance moves, and beautiful aesthetics, it’s not difficult to see why K-pop has become so popular. But the industry is not all it seems on the surface. SHAAZIA EBRAHIM and FATIMA MOOSA take a look at the more sinister side of the K-pop industry.

Last December, K-pop fans around the world were shocked by the death of SHINee member, Kim Jonghyun. He was found unconscious in his home and later died in hospital. His death was ruled a suicide. Just before his death, Jonghyun has sent a text to his sister saying “Please let me go. Tell me I did well. Final Farewell.” However, it was through a note that Jonghyun had left behind after his death that the harrowing side of the industry was revealed. He said he felt broken inside and so alone.

The Korean entertainment industry, which to the outside world seems very happy and bright, is often not so. A Korean actor wrote a master’s degree on the issue saying that around 40% of Korean actors have considered suicide because of a lack of privacy, online bullying, and a fear that their talents are not appreciated by the industry and the public.

“In many ways, [K-pop music] is very escapist,” professor of East Asian languages and literature Kyung Hyun Kim (of the University of California) said in an interview with The Daily Vox.

Kim said the K-pop industry has cultivated a safe environment with a projection of a playful, soft masculinity through the boybands which masks – that especially among the youth there is – an unhealthy Korean society. He said Korean youth face a number of pressures from the family obligations and pressures of their Confucian ideals, to school bullying and school violence, internet addiction and high unemployment – and suicide – rates. Korean men also have the added pressure of a 24-month military conscription.

While outsiders cannot claim to know everything there is about Korean society, the facts speak for themselves. South Korea has one of the highest rates of the suicide in the world and it is the chief cause of death for those under the age of 30. The rate of suicide is more than double the global average.

A psychiatry professor at a Gangnam Hospital said that: “As top stars gain popularity, they are very much deprived of private life.”

It is an industry where young Korean boys and girls are trained in often tough conditions to become stars. Not all of the trainees even make it and once they do, the idols are often forced to give up much of their ordinary life. Most of the idols are not allowed to date and if they do their relationships are often put under great scrutiny from the media and their fans. Their behaviours are closely monitored by their companies.

A Korean cultural commentator Kim Seong-Soo said: “These “idols” virtually live in a fishbowl and are pressed to put on a smiley, happy face while behaving nicely 24/7,” adding the strain could “cripple them emotionally.”

Kim also said that while these are challenges that are felt by celebrities around the world, Korean society and all its pressures makes this a lot difficult for Korean idols.

In March, K-pop group, Wanna One made their comeback with their mini album, I Promise U. Just minutes before, video footage was leaked of members swearing and asking questions like why they have not been paid as yet and why they don’t have freedom. The footage caused mass outrage and the members were forced to apologise for their actions.

Many fans seemed angry at the disrespect the members were showing. However, a number of fans questioned the treatment the group were faced with in terms of not getting enough rest and not getting paid.

One of the members, Kang Daniel, said his biggest wish was having one day of rest. “For months ahead of my debut, I usually woke up [at] four or five in the morning… practised until two or three in the morning the following day,” he said in an interview.

Ex-EXO member Tao sued entertainment SM Entertainment four months after he left the group in April 2015, citing lack of freedom due to the long contract period. Tao also accused the contract of being unfair because of the division of profit and the limits of his individual promotions. The two parties have been embroiled in lawsuits regarding his exclusive contract ever since. Kris and Luhan left the group soon after. Kris filed a lawsuit against SM Entertainment to request for the nullification of his ties from the company. Luhan left after Kris and his reasons for leaving included his deteriorating health and the unfair treatment of the Chinese members against the Korean ones. All three ex-members are Chinese, Lay is is the only remaining Chinese member of EXO.

Former K-pop star Prince Mak released a YouTube video a few months ago where he spoke about the dark side of the industry saying the biggest struggles come to those idols who are “half-famous” and it is these artists that feel the full brunt of “slave contracts.”

K-pop fans are sometimes not forgiving to its female idols either. Irene of the girl group Red Velvet was the target of some of her male fans’ ire in March after she said she’d been reading a feminist novel. The idol was asked what books she’d been reading and she admitted to reading, Kim Ji Young, Born 1982 – a new feminist novel about young woman caught up in a patriarchal society. Male fans wrote hate comments about Irene on fan forums and posted pictures of them burning her photos. This is completely different to the treatment male K-pop idols received when admitting to reading the same book. BTS member RM mentioned the book in a V Live where he said: “It was impressive because it had a unique implication”. Popular variety show star Yoo Jae Suk also mentioned reading and enjoying the book in the past.

K-pop draws inspiration from American pop, hip hop, and R&B. “K-pop uses a lot of musical achievements that hip hop has generated. Every boy band has a rapper that is married to a musical hook,” Kim said. “What they’ve done is they’ve made it into more of a bubblegum pop so that teenagers who listen to it would be freed from the constraints and realities of the hoodlum culture that has been the backbone of urban experience and is part of the American popular music landscape,” he said.

But while hip hop artists tell their rags-to-riches story of rising from the ghetto into fame and money, K-pop is completely different. K-pop idols are never allowed to draw from their own realities and life experiences. The content of the songs is sanitised, Kim said. Kim described the industry as “regulated, regimented, self-censored”. Idols are not allowed to have social media.

“I think it’s a shame. If K-pop is going to emerge out of the confines of K-pop, they need to break out of their cocoon and allow artists self expression,” Kim said.

Check out the rest of The Daily Vox’s K-pop coverage:
11 Reasons You Should Stan BTS
Redefining masculinity the BTS way
Hixtape is the lituation we never deserved
6 K-pop groups that are a must listen
Hereâ€™s Why BTS Has Such A Strong ARMY In SA
EXO Inspires South African EXO-Ls To Give Back
All The Words You Need To Know To Join A K-Pop Fandom
K-Pop Idols And Blackface: Itâ€™s Not Okay!