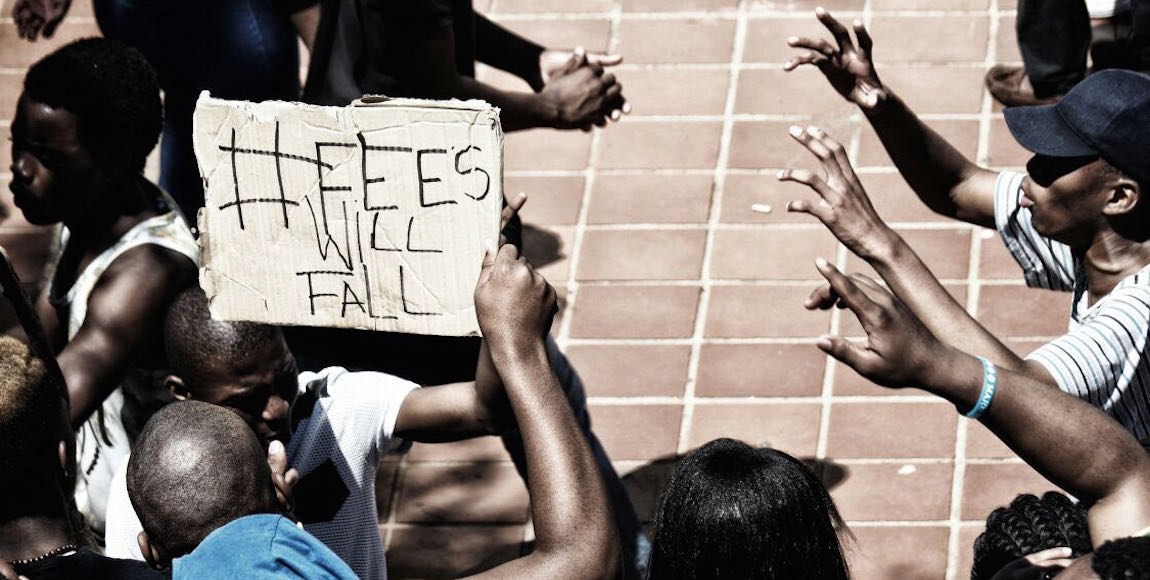 The Fees Commission was due to complete their final report on the feasibility of free education at the end of June. On Thursday, Musa Ndwandwe, spokesperson for the Fees Commission, confirmed that their work has been completed on time and within budget. The completed final report will be handed over to the Presidency at a date that Ndwandwe was unable to confirm.

The Fees Commission report will impact the Fees Must Fall movement in significant ways, depending on its findings on free education. In order to unpack the expectations and possible implications of the final report, the Daily Vox asked four students involved in the Fees Must Fall movement from campuses around South Africa what the report would mean for the movement and whether they were optimistic about its prospects.

Simon Rakei, 22, University of Cape Town
Just referencing the interim fees report they released to us in November, it doesnâ€™t look very promising. I think there were around eight areas they wanted to investigate and at the time of release theyâ€™d only done about two. If you look at the number of submissions being sent and the outside consultation, they were supposed to have an outside hearing but the process was not large and inclusive enough to have confidence that the process itself was consultative.

At this point universities have become exhausted, especially in terms of the number of students who are actually willing to push forward with the call for free education. I think weâ€™ve reached the stage where we need to start making alliances with external bodies such as high schools and trade unions. It needs to move beyond the university in order for the demands to actually get a legitimate response.

Kaamil Ali, 22, Wits SRC deputy secretary general
The Fees Commission were supposed to report back at the end of June but there seems to be a delay which is making students anxious. They havenâ€™t really given a reason but it seems theyâ€™ll only be handing over the report to the president at the end of August, and he’ll take time to read the paper, so it will only end up coming to us in about October.

I feel like this entire Commission is set up for failure. Had they reported back at the end of June like they were supposed to, it might have been a different case. Now theyâ€™ve put a potential announcement of this magnitude in the middle of end of year exams – students are definitely not going to remain silent over this. If the Commission reports back unfavourably, I think thereâ€™s great potential for more FMF protests – and it may be a bit worse than in previous years.

At this point I donâ€™t think students have seen another way forward besides protest action. It seems as though thatâ€™s the only time that government takes us seriously. As for other strategies on how he can achieve free education, I think it will take a lot for the student body to go back to the drawing board.

Originally the Fees Commission was due to complete its work by the end of 2016, but was granted an extension till the end of June 2017. While there have been mixed reports on whether the report would be completed on by the end of June, Ndwandwe confirmed that all work on behalf of the commission was completed and, in line with the terms of reference, the the chairperson of the commission, judge Jonathan Heher, has two months to submit the report to the president. As to what determines when in the next two months the judge will hand over the report, Ndwandwe said it was not his place to say.

â€œWe are saying we don’t have the date for submission, when the time is right it will be the presidency that will attend to that. It is not our place to dictate pace and terms for them, that is why we are not making a media event of the process. As I speak to you I don’t know when the judge will be handing it over and I’ve been asked not dwell too much on that,â€ he said.

Amanda Mavuso, 22, Tshwane University of Technology
We feel very despondent as students, especially as black students. Weâ€™re not sure what weâ€™re even waiting for because theyâ€™re not going to give us what we want – theyâ€™re going to continue giving us the runaround. So yes, weâ€™re awaiting the outcome of the Fees Commission, but we think itâ€™s clear that government wonâ€™t be giving us free education.

Fees Must Fall will definitely begin again soon. Weâ€™ve been having meetings about it already, and I think this time itâ€™s going to be a matter of non-negotiation. Weâ€™re not going to accept or compromise on proposals besides what weâ€™ve outlined. If this report is totally off track and not trying to address even some of our issues, weâ€™ll reject it outright.

If the government is unresponsive then weâ€™ll have to take things into our own hands. Weâ€™ll do whatever it takes – even if it means increasing the scale of shutdowns. Weâ€™ll make sure to remind them that the people are the rulers of this country.

From its inception, the Fees Commission was met with cynicism from students as it was seen as another toothless commission to delay and demobilise the student movement. The fact that it was only looking into the â€œfeasibilityâ€ of free education caused many students to reject it outright. As a result, many of the hearings were disrupted in Cape Town and East London, resulting in the cancellation of some hearings.

*Tom Sankara, 23, University of Kwa-Zulu Natal, Howard campus
Iâ€™m not expecting anything with this upcoming report. The president is just going to further delay the inevitable – the ANC has no radical position on free education. We want free education for all and it is clear that the ANC government will only ever commit to free education for the poor – but who are the poor if not all black children?

Fees Must Fall will definitely start up again soon and this time weâ€™ll make sure it is the final one. The outcome of that report is clearly a delaying tactic, but itâ€™s given us a chance for a break at least. Once Zuma releases the report weâ€™ll have a justification for further direct action to pressure the state.

I think the reality is that as long as thereâ€™s an ANC government, weâ€™ll never be able to get our birthright. We need a change in leadership before they take us seriously as poor students. Weâ€™ve many times explained how free education can be funded, but they keep wanting to take us into closed rooms to negotiate.

Its evident that many fallists have very little faith in the Fees Commission – whether because they distrust its intention, do not believe it to be consultative enough or is truly representative of the voices of youth. While many universities submitted recommendations, none of these submissions were favourable to fee-free education. It remains to be seen whether the report will make a difference in the fight for free decolonised education for all, but as it stands, students arenâ€™t holding their breath.