Home Education What are the alternatives to transporting schoolkids in the back of bakkies?
WhatsApp
Facebook
Twitter
Email
Print 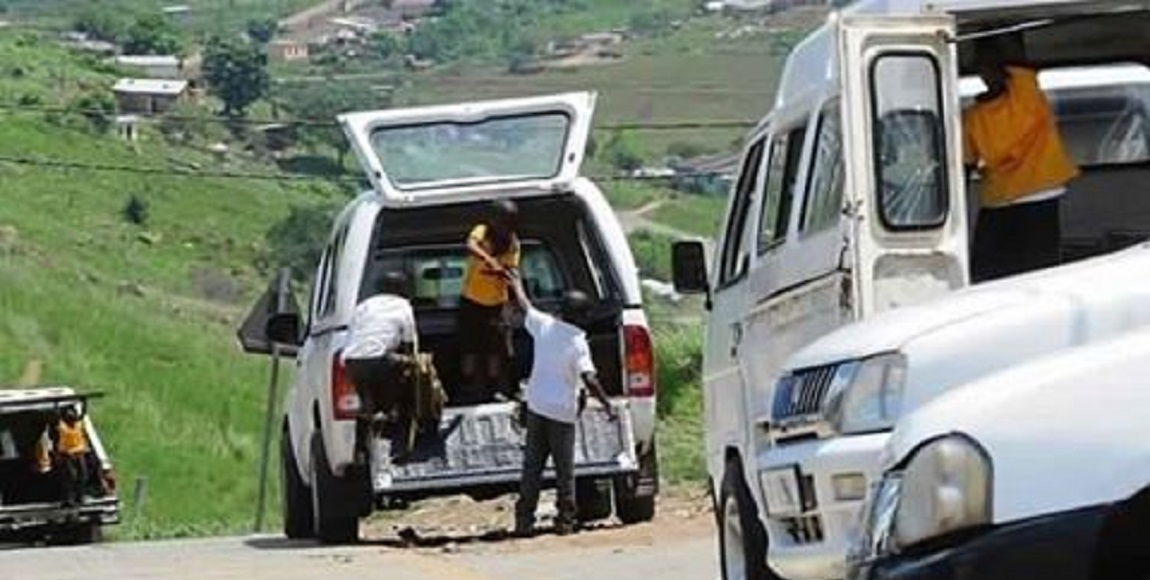 In May this year, an amended national traffic regulation was passed, prohibiting bakkie drivers from transporting school children for payment. It has frustrated many bakkie drivers who rely on rendering this service to put food on their tables. Meanwhile, for some parents, this is the most affordable mode of transporting their children to and from school. Earlier this month, bakkie drivers in Port Elizabeth marched against the regulation and vowed to still continue using their vehicles to transport learners. While these are valid concerns, we shouldn’t look past the number of reported bakkie accidents that have cost the lives of many learners. But what other alternatives do parents have when it comes to transporting their children to school?

Amended Regulation 250 of the National Land Transport Act, which came into effect on the 11th of May this year, states that “no person shall on a public road convey school children in the goods compartment of a motor vehicle for reward”. An exception is made for cases where people are transported without reward, but in these cases, the vehicle must be sturdily enclosed.

Eastern Cape department of basic education’s spokesperson Malibongwe Mtima told The Daily Vox that bakkies are meant to carry goods, not people. “A car that qualifies to carry passengers must have a permit which qualifies them to transport people. All cars that transport people must have human-friendly [features], like a safety belt, passenger seats, an emergency exit window and a fire extinguisher,” he said. Mtima said bakkies have caused many road accidents and that parents should refrain from transporting their children in them.

Over the years, we have seen many reports of school learners being injured and killed in bakkie accidents. Earlier this year, ten school learners were injured in a bakkie collision in KwaZulu-Natal. That incident came shortly after six learners died in a collision between a taxi and a bakkie in Pretoria. In May, eight people died in a head-on collision between a double-cab bakkie and another motor vehicle in the Eastern Cape.

In KwaZulu-Natal, bakkie owners told The Daily Vox that transporting school learners is their only way of making a living, while parents said bakkies were the only available transport option,Â especially in townships and villages.

Despite the well-known dangers of transporting children in open bakkies, for many parents, there are simply no viable alternatives. Fundiswa Mfalase from Mdantsane has two children. She sends her kids to school in a bakkie because she cannot afford the cost of school taxis. “I only pay R550 a month for both my children with the transport that I am using, and this is a good thing for me because I don’t have the kind of money to pay for the Quantums that other parents use to transport their children.”

Mfalase said that if government wants parents to stop transporting their children in bakkies, then they need to provide an alternative.

Zoliswa Buyani* is a bakkie driver who transports primary school learners in East London for a living. She decided to use her late father’s old bakkie to make a living because she was unemployed.

“I am aware that there is a law that said we must not transport school kids using bakkies, but what are people who are unemployed like me meant to do? This is my source of income to provide for my family and pay my children’s fees, and the community sees no problem with having someone transport their kids,” she said.

Buyani said parents feel safer transporting their children in her bakkie because they know her. “So many things are happening to us women and our children these days, so parents don’t have an issue with me taking them to school because at least they know who to hold accountable for their children.”

Mila Kakaza, a spokesperson for the scholar rights advocacy group Equal Education, told The Daily Vox that there are transport alternatives that can help with transport school kids. The National Scholar Transport Policy, for example, states that parents could use a dedicated learner transport service that is subsidised by the state, or learners can get special subsidised tickets for a general transport service.

Eastern Cape department of transport spokesperson Khuselwa Rantjie said that they have allocated subsidised buses, mainly in areas like Port Elizabeth and East London, for school learners to use as transport. “These buses are also affordable for school learners because they have discount rates for them. We are also working on providing more subsidised buses in other areas of the province as well,” she said.

Although subsidised transport is available in some areas, with so many school children still being transported in bakkies, it’s clear that these options are either not widely available or parents are unaware of them.

Rantjie said that in order for bakkie drivers to qualify to transport school learners to school, then they need to take their vehicles in for adaption. “Adaption is when bakkie owners change and adjust their bakkies in order to accommodate passengers. This includes them changing their bakkie chairs to those with safety belts, installing fire extinguishers and emergency exits in case of emergencies,” she said. She said that at the moment, the only place to have bakkies adapted in this way in the Eastern Cape is H&R Phakisa Deal in Dimbaza Industrial.

Rantjie said that without these adaptations it is difficult for passengers involved in road accidents to claim compensation through the Road Accident Fund.

Bakkie drivers also need to have a valid permit, which allows them to transport passengers, as stipulated by section 5 of the National Land Transport Act.

If the Port Elizabeth protest is anything to go by, it seems that bakkie drivers are not aware of these options. It is time that government did more to regulate this vital element in our dangerous and patchy transport sector, and it wouldnâ€™t hurt to start with an awareness drive and subsidy programme for bakkie adaptations.