Home As Told to From India’s villages to South Africa’s metropolis, and six generations on
WhatsApp
Facebook
Twitter
Email
Print 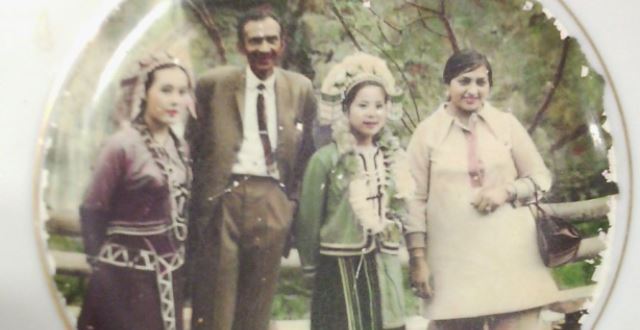 KAMROONISSA NANOOMIA-KHAN (73) traces her heritage back to India but her roots are rightÂ here in South Africa.Â She told her granddaughter, Firdaus Khan, aboutÂ her family history.

My mother and her mother were born in South Africa but my grandmother’s parents were from India. They were from theÂ village of Rander.

They had some family here, who called them down and found them some work. They came by ship and went on to work in shops, the general dealer kind. These were right out in the farms, back when there was just one shop in the whole area.

My paternal grandfather was also called down by his cousin, from his village, Balesar in India. He worked all his life in Botswana, Zeerust and Ermelo.

My late husband came to South Africa when he was a year old. He was born in India. He didnâ€™t have much family here. The family he did have, himself included, also worked in shops near Warmbaths. Business wasnâ€™t good in those areas, and as the young peopleÂ in the family grew, they needed education and jobs which they found this side, in Johannesburg.

I was born in Zeerust and when I was 10 years old, we came to Kliptown because my father got a job there. Only one parent worked and so we lived a poor life. I was only 13 years old when my mother took ill and I was taken out of school, toÂ play housewifeÂ andÂ look after my siblings. Our life in South Africa wasnâ€™t difficult, but we grew up hard.

Current generations are losing their Indian culture by living in South Africa. Our kids barely speak the native Indian languages. India now is more of a holiday destination than what we would consider a homeland. The essence of cultureÂ -Â of being raised in our ancestral landsÂ -Â that has been lost. But if we lived in India now, we may have been very disadvantaged. We may not have been able to afford the city life there.

The advantage of being born and bred in South Africa, is that Iâ€™ve been raised in a more modern world, with more modern values. Being born in South Africa has allowed me and my family to grow, to improve ourselves, to interact with a diverse nation, and to travel. When I do look at the Indian mindset, their traditions, culture and rituals, itâ€™s not aÂ place I would like to be living right now.

– As told to Firdaus Khan