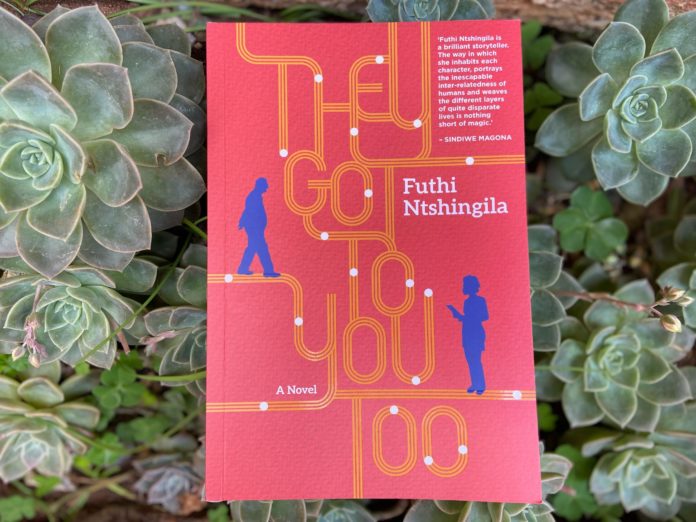 Futhi Ntshingila’s They Got To You is a brilliant story. The book, released in 2021, tells the story of human connectedness and the complexity of memory. It is an excellent representation of Ntshingila’s brilliant storytelling. The Daily Vox chatted with Ntshingila about her work and the idea behind the book.

The story follows Hans van Rooyen. The book opens with an aging Hans who is currently living in an old-age home. Hans might seem like an ordinary old white man at first, but he has many secrets. He was a policeman during the apartheid regime and managed to retain his position in democratic South Africa. Hans thinks he has managed to outran his past and his secrets. This changes when he meets his new nurse, Zoe Zondi. Zoe is the daughter of liberation struggle activists. She was also actively involved in the anti-apartheid struggle. During the COVID-19 lockdown and isolation, the pair share their life stories and Hans parts with his tightly-held secrets.

Where the idea for the book came from

Ntshingila told The Daily Vox that she had had an idea about writing a book on women during the Anglo-Boer war. However, the book wasn’t going anywhere. She needed the book to have a beginning and an end. Then during the lockdown, she remembered a conversation she had with an old man who was an ex-soldier. He was a maintenance man at a campsite. He had spoken to her about fighting in the border wars and she could tell he had quite a bit of trauma. From that conversation, she said she crafted this inter-generational tale which connected to several people and generations.

An inter-generational tale this book truly is. From the present day the book switches to Hans’ childhood. It goes even further when he shares his grandmother’s diaries with Zoe. Those are the stories of the war and how the women of the time had to learn to fight and protect themselves. Then the story switches to his parents’ story. Near the end of the book, we are introduced to Hans’ son and grandson.

The book can be triggering at times with its descriptions of violence both physical but also in terms of the racism displayed by the characters. However, that all adds to the overall message and sincerity of the story.

Ntshingila said we are all human and all have a human story to tell. There is no denying that Han did many horrible and horrific things. The book doesn’t sanitise any of the actions of Han or what he represents as a someone who was part of the apartheid regime. But Ntshingila said she does hope that people who read the book take a sense of compassion and empathy from the book.

“I hope the book changes them (readers) somehow because when you read books, you change,” said Ntshingila.

In South Africa, sometimes there is a sense of memory erasure or reworking of memory. This book does not do that. Instead the book shows why it is important to grapple with all the parts of history and memory from the good to the bad to ugly and difficult. It is no use ignoring. Han thought he could do that. He thought he would die without anyone finding out about the things that he had done.

Yet once Zoe finds out, it doesn’t kill him. Nothing bad happens to him. Instead the truth helps him and actually helps heal some of the people he hurt.

Published by Pan Macmillan, the book is available at all good bookstores and online.