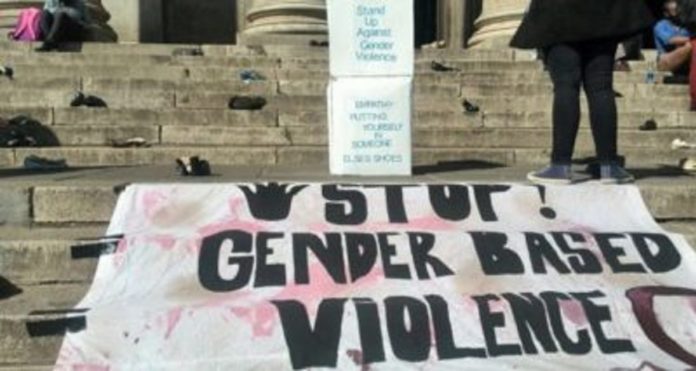 Covid-19 has exposed so many cracks in South African society, gender-based violence being one of them. Public participation in government is so important. That does not start and stop at a voting booth. A bill is basically a draft version of a law. It then gets approved by cabinet and thereafter submitted to parliament for deliberations. We took a look at three bills aimed at addressing the scourge of gender-based violence. BY LING SHEPHERD

This bill creates a new offence of “sexual intimidation” – it expands on the offence of incest, and includes the reporting duty of persons who suspects a sexual offence has been committed against a child.The bill also makes provision for the names of persons to be publicly available on the National Register for Sex Offenders.

What the experts say:

Bernadine Bachar, Director at the Saartjie Baartman Centre for Women and Children  doubts the efficacy of many of  the proposed amendments. She believes that not enough consideration has been made for potential consequences of these bills being passed and adds that making the sex offender list completely public can result in people adjacent to offenders becoming targets for violence. Our society is characterised by violence, and the register’s publication opens the door for yet more acts of violence.

In the UK, Clare’s Law allows people to visit any police station to find out if their partner has a history of domestic abuse. Clare’s Law is the Domestic Violence Disclosure Scheme (DVDS)  named after Clare Wood who was murdered in 2009 by her boyfriend. These are the types of models that should be considered instead. It is more controlled, and the rationale is to protect women as opposed to exposing them to potentially dangerous situations.

Another concern in the current framing of the bill is mandatory reporting. Criminalising the failure to report a crime has the potential to put women in more danger. A breach in confidentiality can have unintended consequences. These models were done away with in the USA, and the World Health Organisation has also declared them ineffective.

The Domestic Violence Amendment Bill will make it easier to obtain protection orders against acts of domestic violence via electronic means. This is so important when reporting assault. Walking into a police station in itself adds to the trauma already suffered. It will also solidify the Department of Social Development and Department of Health’s obligations to provide certain services to victims of domestic violence.

This bill aims to toughen bail conditions for sexual offenders. When a sex crime is committed, a warrant of arrest will no longer be a requirement for law enforcement. Minimum sentences will be increased, along with stricter conditions for parole. Anyone going against a protection order will also be subject to harsher punishment.

Toughening bail and parole conditions looks good on paper, but implementation is lacking across the board. Sentencing has not proven to be a deterrent to gender-based violence. The problems arise with conviction rates that are alarmingly low. Providing a way to report a crime online is amazing but will prove ineffective in terms of access. It does it take into account the lack of access to the internet and data.

These bills at first glance look good, but once it is unpacked it is not survivor-centric. What is the implementation strategy? Will the clerks be sufficiently trained to handle implementation of these laws? Will the access be equal? Have the lived realities of survivors been considered? These are the major concerns for Bernadine and other lobbyists criticising the bills.

The Sex Workers Education and Advocacy Taskforce (SWEAT) has also called on government to act more decisively against the rate of gender-based violence and femicide in South Africa. Women sex workers are 18 times more likely to be murdered than any other woman and the violence that sex workers experience is extensive. Attacks are from clients, intimate partners, and made worse by police stigmatisation and brutality.

In late 2019 the country responded with shock and anger at the murder of Uyinene Mrwetyana among many others. SWEAT was at the front of the mass protests that happened in Cape Town and around the country, we hoped that the mass risings and subsequent government response might finally signal a turnaround in the crisis. Since that time however the list of victims has only increased and women in South Africa continue to live in fear.

Public Participation is welcomed and necessary. More awareness needs to be made. Careful consideration of these bills are needed. The bill needs to consider  the survivors and all women and children at risk. You can make a submission on a bill here.