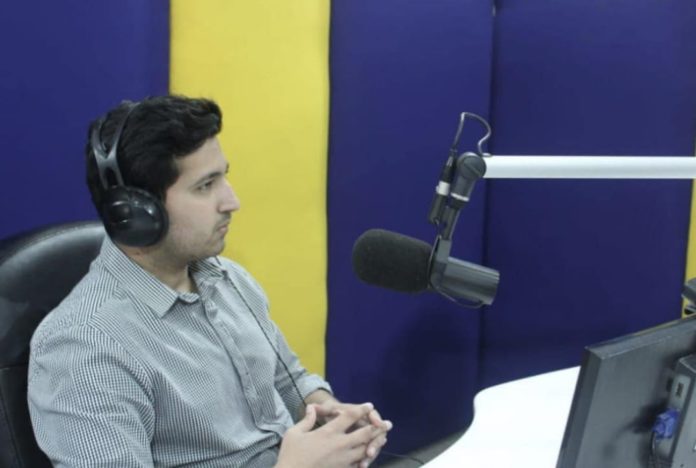 October is Mental Health Awareness Month in South Africa. An important aspect at the heart of changing attitudes about mental health is storytelling. Mental health is one of the most neglected areas of health globally. Today, nearly one billion people live with a mental disorder. Billions of people around the world have been affected by the COVID-19 pandemic, which is having a further impact on people’s mental health.

On October 11, The Daily Vox hosted producer and journalist Mohammed Arai on Instagram. Arai works for Hashtag Our Stories, a mobile journalist platform based on Snapchat. He is based in their mental health stories division, Our Minds.

Arai is a law graduate from the University of Johannesburg who’s currently practicing as a journalist. After completing his legal studies, Arai joined Salaamedia in 2020, as an online editor and producer. In May of 2021, Arai joined Hashtag Our Stories. He has since been producing mental health stories of people sharing their struggles with mental health and recovery journeys.

Being diagnosed with obsessive-compulsive disorder (OCD) and struggling with his mental health on a daily basis, Arai is passionate about telling as many mental health stories as possible. He hopes to one day destigmatise mental health.

Can Snapchat help us tell the stories of survivors of sexual violence?

“Hashtag Our Stories is essentially a mobile journalism platform where we tell global stories from people’s perspectives. Instead of speaking to commentators and professionals, we speak to people on the ground and people directly impacted. Having said that, it’s very important to also speak to experts, commentators and analysts,” said Arai.

Most of the people profiled are from the United States. However, Hashtag Our Stories also profiles people from South Africa and the continent.

“The chunk of our audience is based in the U.S so we focus primarily on the U.S. audience. Having said that, we do profile, interview and produce stories of people in South Africa and the African continent,” said Arai.

“I think to a large extent […] it’s regarded as a white person’s problem. When we look at Africa countries, even “third world countries”, we don’t speak about mental health issues openly. Conversations from people in the U.S and other western countries are slowly shifting towards countries such as South Africa,” said Arai.

There are many reasons that people might find it difficult to open up about mental health issues. Despite so much work on exposing the issues and raising awareness, there is still a stigma. By talking about mental health openly, more people may be encouraged to seek professional help.

“If we continue this path of not speaking about mental health because of the leverage that people could use against us, we will never get to the point where it’s spoken as much as we speak about any other physical condition such as cancer or diabetes,” said Arai.

People seeking to improve their mental health sometimes report feeling much better after sharing their experiences with understanding peers.

“People have been using social media to talk about mental health. They’ve been creating these safe spaces to speak about it. Many times, perhaps not as often, we do get people who receive backlash and negative comments for speaking about it on social media. But once again the conversation has to go on. If we don’t use social media as the primary medium and the primary platforms to have these conversations, where else are we going to speak about it […],” said Arai

“It’s fundamentally important for us not to start but continue these conversations on social media and in person too.”