Home Voices Heritage Day: “I was just starting to become myself, and then it...
WhatsApp
Facebook
Twitter
Email
Print 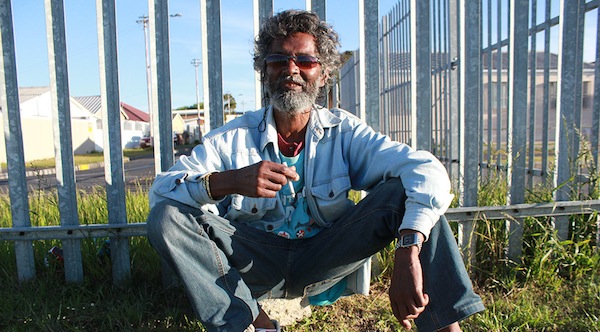 Louie Peterson was just a child when he and his family were evicted from District Six. He spoke to RA’EESA PATHER about his heritage.

I was about 12 or 13 years old when we moved out of District Six. It was great. The Coon Carnival goes back to there; some of my uncles were leaders of the pack. I was still too young to know what was going on but I loved the music.

I can’t explain what it was like to live in District Six. It was fun, it was caring, everybody knew everyone. Now you’ve got to be so careful, because the gangsters drive a bigger car than you and I.

Table Mountain was my home and District Six was right next to it. To me, walking up that mountain was an everyday thing. On the other side was Camps Bay, and we could go there freely.

When we were evicted, it was too traumatic. I was still very young, I was just getting to understand what life was about, I was just starting to become myself, and then it got taken away.

We were put in those buildings in Kewtown. They were barracks; my father was in the army so he got a barrack for free. It was good there in the beginning, but now I wouldn’t go there by myself. It’s damn dangerous. They shoot you for nothing. If you have a ring on your finger, they’ll kill you for it. It’s so stupid.

When they removed us from District Six we became extremely rebellious. We started fighting with the law, petrol bombing the police, taking up bricks and stones and anything that came to the hand.

I was raised to stand out from the crowd and just be myself. That was a freedom that was taken away from me. Not bit by bit, but immediately. I resented that.Â They were taking away our rights, and we wanted them back.

I made bombs. I was an expert at it. I learnt from my uncles. I used to get parts of signpost poles, and put sand in the back. If we lit it, threw it and it hit the ground it would explode.Â I had to hide everywhere because the cops were looking for me.

I had just started driving a motorcycle. It was one of those old Hondas, but it had the look of an old Harley. I recruited friends of mine who also became bikers so that we could hit and run. Those motorcycles were faster than police cars, and the cops could chase us with their silly little vans that had no power.

We didn’t mean to harm them; we just wanted to scare them. But it was kind of exciting and uplifting for us to see how our own people could stand together. Then they used wild tactics like shooting our friends.

My father decided to buy a plot here in Athlone, and he built our house from scratch. Right opposite where we stayed, a friend of mine’s mother just walked out of her house in Belgravia Road and the cops shot her. We don’t know why. Her name was Ms Peters. I remember my friend running into our house shouting: “They shot my mother, the shot my mother!” It happened so suddenly.

Eventually I had to go to Namibia because the cops were after me and I wanted to study further. I wanted to be a boat builder or joiner but the joiner shops here were restricted for whites, not that we had anything against them. We never did. It wasn’t their choice. It was the new government’s choice, the Verwoerd era. I call it the “Verwoerd Error”.

Heritage means everything yet nothing because it’s not respected. There’s a lot of animosity among coloured people today. It stems from what you wear, your appearance and the car you drive. We fought together for so long to get what we wanted, but now we are fighting each other.

As told to Raeesa Pather