Home Voices “I didnâ€™t think I was university material because nobody in my family...
WhatsApp
Facebook
Twitter
Email
Print 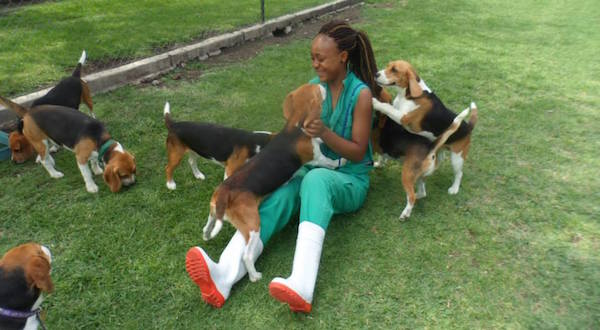 Passing Grade 12 is one of the biggest milestones in many youth peopleâ€™s lives. For others, the journey to this milestone is a bumpy ride. Thinavuyo Makhokha (20) shares how she overcame some of the lowest moments in her life in the years leading up to her matric. If I had to summarise my life, I would say that I had to grow up quickly. I am one of three children; I have a twin brother and a younger sister. We are from Giyani. When I was in grade 5, my mother started getting sick. She was always seeing doctors to try get better. In 2005, during my November exams, she got admitted to hospital in Polokwane. I didnâ€™t know what was wrong with her and until this this day I still donâ€™t know.

I remember my stepfather taking us to hospital to see her and she looked much better to me. But she later died, and I was in so much denial. The last thing she asked of me was to always take care of my younger sister. After her death, my brother and I had to go live with our grandmother. My younger sister stayed with our stepfather. We couldnâ€™t afford a lot of things anymore; we had to adjust our lifestyle to what my grandmother could afford. It was hard, because I couldnâ€™t be friends with people I used to be friends with anymore.

My grandmother is a pensioner, but she tried to give us all that we needed. I often thought this was the only life I would ever live. When I was in Grade 10, I was selected to be part of the Targeting Talent / Talent Development Programme (TTP/TDP) at Wits University. Itâ€™s an enrichment programme for the top learners in maths and science from schools all over South Africa. It was my first trip to Johannesburg and I was very excited. But I was insecure of my accent; I didnâ€™t speak good English like some of the other learners. There were people who would tease me and correct me and I wanted to speak like they do. I thought that if I got really good marks and went to university I would get to speak with an accent like them as well. But I didnâ€™t think I was university material because nobody in my family had been to university. It seemed like a farfetched dream for me, but at the same time I knew that in order to change the situation at home, I needed to go to university. The only way out of our situation was for me to get good marks and to get a bursary.

When I was in Grade 11, my brother passed away and that motivated me even more. I worked hard and kept my grades up. In matric my biological father decided that he wanted me to go to University of Venda because he lives in Thohoyandou and that way I would be close to him. But I wanted to go to the University of Pretoria (UP), because it was the only university that offered veterinary nursing.

When my matric results came out, I wasnâ€™t as excited as everyone else because I hadnâ€™t gotten a letter of admission from UP yet. I was nervous that they had not accepted me. Travelling to Pretoria was also not an option because I didnâ€™t have money or family to stay with while sorting things out with the university. A woman who was at my brotherâ€™s funeral called to ask me about my plans for university and I told her my situation. She offered me a place to stay in Pretoria. When I got to UP, they told me that they had sent me a letter of acceptance a while ago. I hadnâ€™t received it because we didnâ€™t have a postal address and we used our neighbourâ€™s.

University was such a culture shock. Being part of TTP helped prepare me for it academically. But it was still hard financially. My grandmother used her pension money to send me money for toiletries. But I persevered.

This year I graduated, I hold a Diploma in Veterinary Nursing. The look on my grandmotherâ€™s face on my graduation day was nothing short of amazing.

I have always wanted to become a doctor so I plan on studying further to become a vet. But for now, I have to go work as a veterinary nurse and help my grandmother for a while.

She has sacrificed everything for me to finish my studies, itâ€™s time I honour her. I also want to help my cousin finish off at college. There were times when I wanted to move away from home and leave this life behind, but my grandmother supported me when nobody else did. She invested in this idea of me, before it was even close to being a reality.