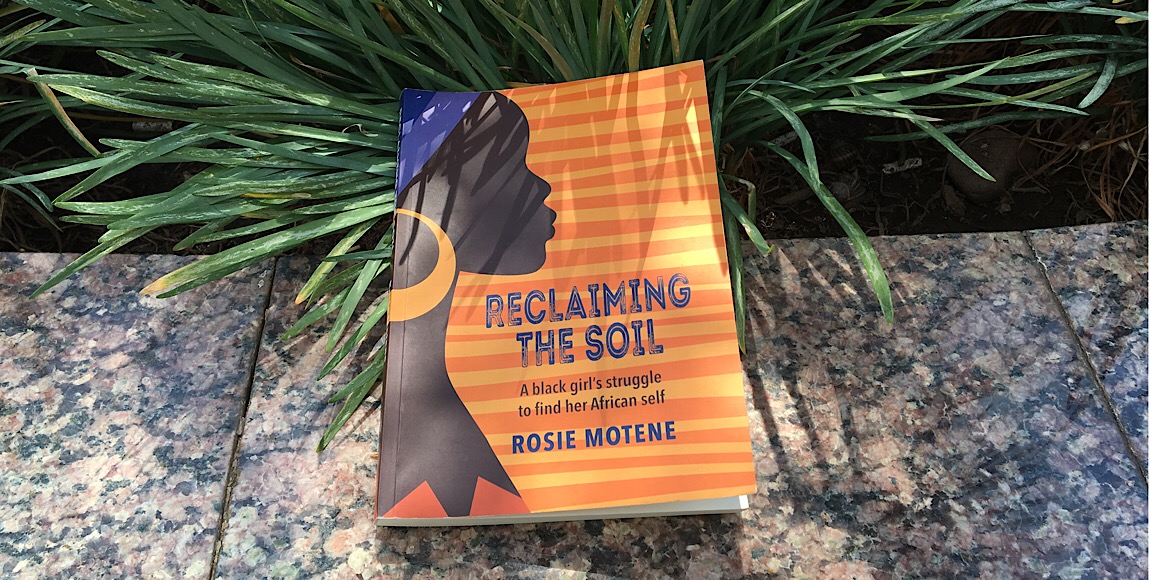 Reading Rosie Motene’s biography, Reclaiming The Soil: A black girl’s struggle to find her African self feels like catching up with a friend you haven’t seen for many years. FATIMA MOOSA takes a deeper look at the themes in the book.

There is not a single person in the world who can completely say they know who they are, where their roots lie, and what they are about. Struggling with identity is a part of being human, and a question that is central to South African discourse. Motene’s struggles are just a bit more complicated. Born in Phokeng, Rustenburg, during the Apartheid era, Motene was raised by the white family her parents worked for. This completely shaped all of her life experiences.

The book takes the reader on the journey of Motene’s life, reliving all of her memories with her. From being “adopted” by her parent’s white employers to her realisation that her new family’s affection for her was not stronger than their racism, Motene doesn’t not hold back. Every emotion, feeling, and difficult event that she experienced in her life is laid bare for all to see. Once Motene graduates from university and has her own financial stability, she escapes her abusive adoptive household, yet the scars of her childhood continue to plague her. In an interview with The Daily Vox earlier this year, Motene said that writing the book allowed her to heal some of those scars and bring her closure.

Most people will know Motene as an award-winning actress and as the host of lifestyle show Studio 53. In her book, she reveals what went on behind the scenes of her career: her struggles with depression, having an abortion, and the lingering feeling of loss of identity. Throughout the book, Motene’s reflections on race and identity and desire to be white are particularly jarring. In her childhood, she struggled with being the only black person in many spaces. This was in contrast to how she was viewed when she went back to Rustenburg and stood out because of the way she spoke and acted. Those moments of childhood damage, especially her treatment of her biological parents, plague her until the end of the book

Motene might be a public figure and her experiences might be unique. But the book functions as an examination of identity, and how not knowing who you are and where you from can completely discolour your life. Those are experiences are universal regardless of where you come from and who you are. At the end of the book [NO SPOILERS] something tragic happens in her life. And while the emotions of the event overwhelm her in a very moving way, it also brings her a moment of realisation. She reclaims the soil and is proud of who she is. She says: “I have reclaimed it. I stand tall.”

While the book closes on that positive note, that’s obviously not how real life works. The macro struggles against whiteness, racism and the lingering effects of apartheid intersect with the micro struggles of identity loss are something that isn’t going away anytime soon. But for now, Motene’s book presents a hope for a better future and place of identifying ourselves. It’s also a well-written and intriguing book, so make sure to grab a copy because you won’t regret it.

Motene’s book is available at all good stories nationwide and in store.