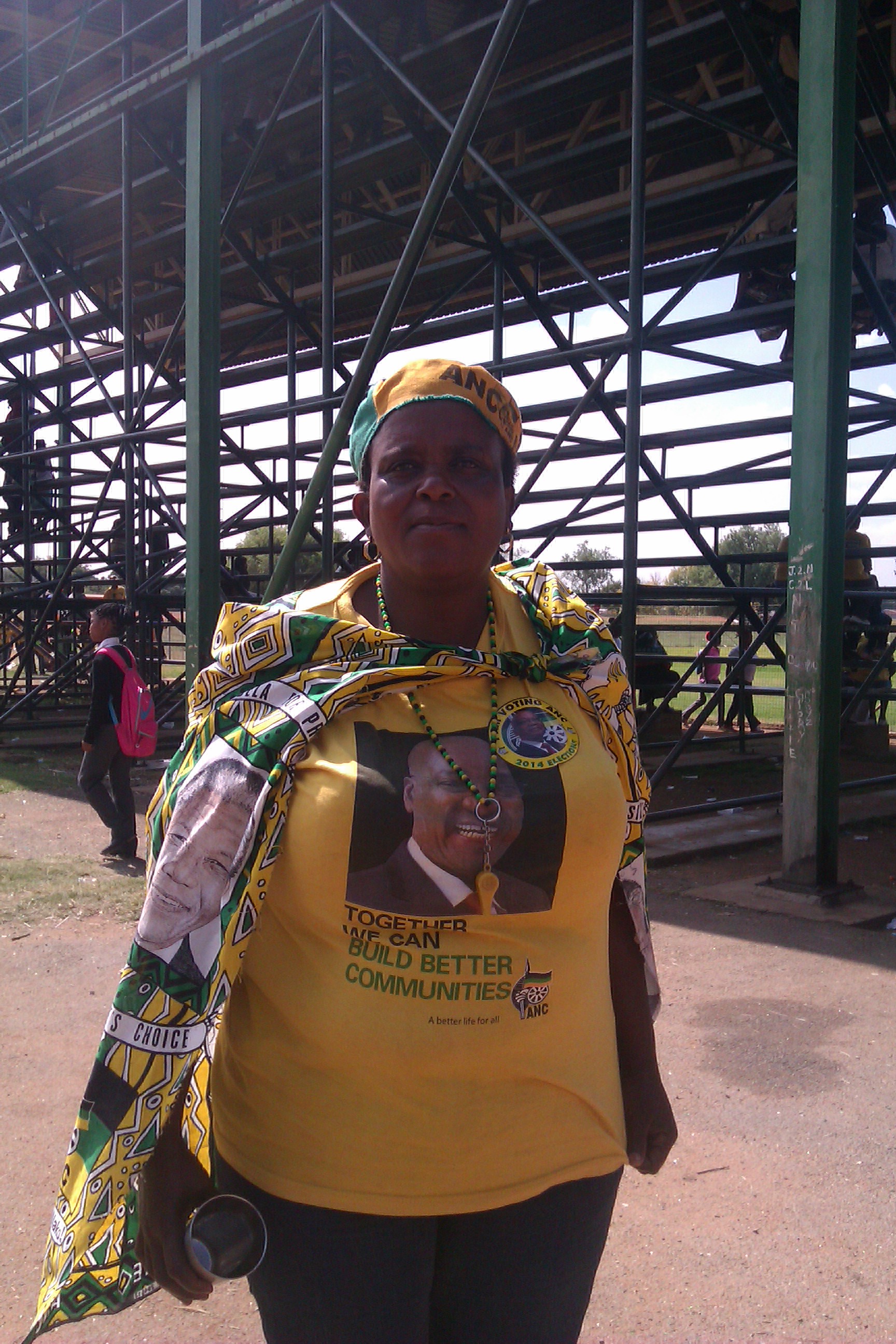 The ANC rally in Eldorado Park was not popular as expected. Gwede Mantashe told the residents that the party still stands strong on principles of a non-sexist and non- racial democracy and assured the coloured community that their needs will be met. Those who came out to support the ruling party are adamant that it has won their votes regardless of the challenges they are facing. They have a lot of complaints regarding poor service delivery in the area, but they also have undying love for the ANC. UYANDA SIYOTULA spoke to ANC supporters.

Most coloured voters have lost interest in the ANC, so we want to make sure that coloureds come back to the organisation and vote in big numbers. Some of the issues being addressed focus on the youth because most of them are first time voters. Coloured people need to know that the government is going to support them. I have complaints. We want houses. I applied for a house in 1996 but it’s young people who get them, not us. We have been voting and voting but we still do not have houses. This time I was actually thinking of not voting. How many years has it been now, being told that we are going to get them? They only tell us that before we vote but right after, they all vanish. But we will not stop supporting ANC. We have been to hell and back with this party, we are just crying for houses and jobs. Zuma must remember that we are poor, we stay in shacks that flood, we are tired of being moved to a hall after floods. It makes me angry because the government is not doing anything for us, nonetheless we still love the ANC. I will still vote for it We have to vote for Zuma because he is the leader of the ANC and our father. My love for the ANC brings me here. I would hate to see ANC lose so I am here to give them my vote. The ANC delivers, but it’s just that there are a lot of people and we are all taking turns, those services are rotating. So when peopleâ€™s turns have not yet come they say the ANC is not delivering. What we want from the government is houses and to reduce crime. My 16-year-old girl was shot in 2011 because of crime, and what is painful is that the government does not really arrest the under 18s who commit these crimes. The must also fight the drug problem and these drug dealers. But I have told myself that I will never vote for any other party but the ANC. Even my child will never because I sit her down and tell her where the party comes from and what it has done. We definitely will win these elections because we are mobilising hard.

When someone mentions the ANC I get excited, I like the things that Zuma is doing; children and old people get social grant. As it is, I do not have an ID, otherwise I would vote for the ANC. My mother died before she could do it for me and I have applied at home affairs but they have been saying they will call me for interviews ever since. I sometimes feel the ANC does not want to help people. So I really hope they try harder this time. They told us we will have our houses in 2016. I really want the government to help me get an ID so that I can move from that shack to a proper house. The ANC makes me happy… even when I go to a clinic to take my child, they treat me well. I am a branch leader in my area and I came here expecting the election rhetoric that the ANC will table what they plan to do. For the past 20 years the ANC has done a lot but obviously there is room for improvement. There are things that they are doing right, and things they are doing wrong. There still are a lot of challenges in communities, mostly unemployment and slow economic growth. One of the things that make people reluctant to vote for the ANC is the faults within our leadership structure. I wouldnâ€™t say I am content with the leadership of the party, but I would rather not get into that. The ANC is going to take the majority vote, but we might lose lots of votes to the opposition parties because of our own mistakes within the movement. I like the vibrancy that the EFF has brought to politics, but we still are going to win. I support the ANC and I love God. Mandela was my role model. Itâ€™s like in the Bible with Egyptians and Israelites. God chose Moses to lead the Israelites out of Egypt. So I believe that God chose Mandela to lead black people out slavery. There are a whole lot of things that at the moment I am not happy with, like unemployment and lack of business opportunities. You see, I am a very business-minded person but there are no opportunities. I canâ€™t just criticise the government. They are also people and no one is perfect, so a lot of people focus on the bad and forget the good things that the ANC is doing. I believe that we must just pray for our leadership so that whatever fault that is there, God can remove it. Even Zuma, I canâ€™t judge him on the building of Nkandla because he is the president and I believe he deserves the best. I came here to see what is going on and listen to what they are going to tell us. My biggest problem is the councilor, who is doing nothing for us. Since the DA took over, itâ€™s bad. The lights just go off anytime and the grass is long and the drug problem is worse. The previous ANC councilor was accessible; you could call him anytime you had a problem but this one, no. When the ANC was in power it was far better. So I will continue to vote for it.