Home As Told to This South African activist says he was deported from Israel because he...
WhatsApp
Facebook
Twitter
Email
Print 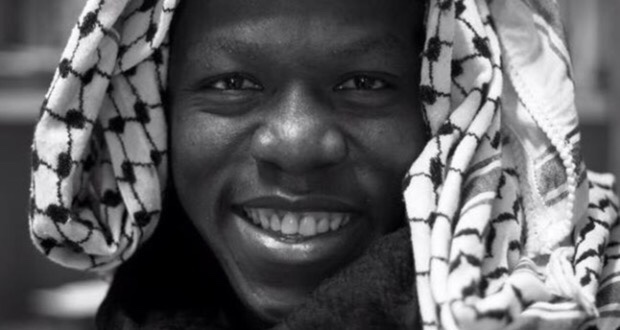 ITANI RASALANAVHO was deported by Israel recently as he tried to make his way into Palestine and the Occupied Territories for voluntary work. This is how he describes his ordeal.Â

I was going back on a three-month programme in the West Bank, to be based in Hebron. I was going to be doing human rights observations and providing protective presence, which Iâ€™ve done before. This was volunteer work I do with the Christian Peacemakers Team, which has eight missions around the world. One of them happens to be the one in the West Bank.

I left OR Tambo on Thursday 6 May, arriving in Addis Ababa and ultimately in Tel Aviv late on Friday afternoon. As soon as I got to the queue for passport checks, I was called to the side by a lady who requested my passport and asked me what I was coming to do. I told her I was coming for a church programme, knowing that if I said I was here for volunteer work, I was just going to be sent back – they donâ€™t want people to come for humanitarian work. I told her that the length would still be determined, and she asked me if I had been here before – I had, so I said yes. She didnâ€™t respond, but said that I had to go with her because Iâ€™d been there before. I was then put inside a room with a few people – around eight – and we waited there a few hours and were called in one by one. I was called to the side, and was taken in again. I was asked about what I was going to do, the length of my stay, the names of my parents… after that, I was asked whether Iâ€™d been part of any anti-government protests, and I said that I had not. Then I was asked if I think Israel is an apartheid state. I asked them why they were asking that, and the man questioning me said â€œbecause you have not been telling the truth.â€

He referred to a tweet referencing the article previously published by The Daily Vox wherein I stated my support for the Palestinian cause, and said to me, â€œthereâ€™s an article here saying that you would die for Palestinians. Is it you?â€

I confirmed that it was me, and he asked me what I mean. I said that I meant that I am a peace-loving South African, willing to protect those who are oppressed in any way. I further said that even if an Israeli is being attacked unjustly, I would put my life on the line for him. That was when I was sent out back to the initial room.

I waited for 45 minutes before I was taken to another room. I was told to hand over my bags, and they were searched. I was then taken into another room, and told to strip my clothes off for a strip search. After that, I had to pack my bags again, and was taken back to the initial room, and then to a detention centre inside the airport premises. I was then taken yet again back to the initial room, where I was interrogated by the same guy. He asked me, â€œdo you think Israel is an apartheid state?â€ I said yes. â€œYou support BDS?â€ I said yes. I asked him, “Donâ€™t you want to know WHY though?” He told me to keep quiet as he was the one interrogating. After this, I was taken to another room, where a picture was taken of me without my knowledge, and then I was taken back to the strip-search room. I went inside the room, got searched again, and returned back to the initial room. Three Ukrainian guys were then searched.

There are two main rooms that certain people get pulled into after passport controls, and there youâ€™ll find Africans – South Africans, Ethiopians mostly, even some Sudanese, and Palestinians and Arabs and anyone with a Muslim name. You also get people from eastern Europe – Ukraine, Russia. I spoke to a Palestinian woman who confirmed the racial profiling. She also said that she knows she is going to get questioned every time she comes to Ben-Gurion [airport]; that she knows sheâ€™s going to get kept for six hours. If she comes through Jordan sheâ€™ll get kept for nine hours because they like to harass Palestinians more on that side. The last group you usually find getting pulled aside are lone travellers, male and female, because most of them are activists.

When European youth come into the room, they are attended to within five minutes. And not one of them came back to help us. The Ukrainians, one of them who could speak a bit of English said to me, â€œWe are not being allowed here because we are poor.â€

I had been taken back to the detention centre, and then driven back to the main airport, most likely I assumed to wait for the plane they would be sending me back on. I waited inside the car for about two and a half hours, and then I was taken to the back of an Ethiopian Airlines flight, surrounded by security. This whole ordeal had lasted 26 hours. I didnâ€™t have my passport or a ticket; I didnâ€™t know where I was going. You can imagine the type of picture being drawn in these peopleâ€™s minds – the other passengers – about me.

We flew to Addis Ababa, and I spoke to about six people who did not have answers for me. I started roaming around the airport, and eventually I was assisted by a lady at immigration who told me to wait, she would call someone, who eventually came out and told me that I would get my passport when I get to OR Tambo. My question was, when am I going, at what time, and what should I say getting on to the plane because I donâ€™t have a passport or a ticket? I was told that someone would help me at check-in, that I was not the first person to be in this situation.They told me to just wait in transit. I waited in transit for five hours, and at boarding I was told to wait by the side. I was given a ticket with a seat number – but still not my passport – and when I got to OR Tambo, again I had to run around to ask people for my passport. After two hours of meeting someone in a senior management position, I was given back my passport. This was on Sunday afternoon.

In detention, I had had no idea what was going on. Because I have a South African SIM [card], I also couldnâ€™t communicate with anyone. No one knew I was coming back until I arrived.

Iâ€™ve travelled through Ben-Gurion airport twice before and both times previously I went through without any issues. I am writing letters to the minister of international relations, as well as to the ruling party to say this is the situation and something needs to be done about it. If given the opportunity and the chance to go back in, I would love to go back. I have created great relationships with many people there and I would love to see them again, especially Palestinians who are not allowed to leave their country.