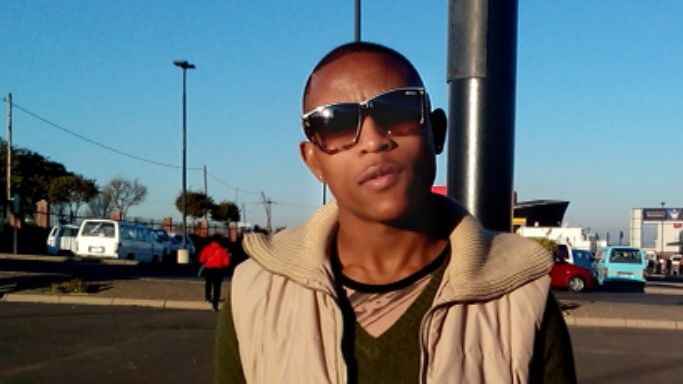 For South Africaâ€™s large youth population, the number one concern is employment, or, rather, unemployment. Young people pace the streets, handing out CVs in search of work. Opportunities are scarce and, with little work to be found, young people in Johannesburg loiter on city streets or township street corners. All too often, young men are lured into crime and young women fall pregnant. The youth have been pacing up and down, throwing CVs around, in search of jobs. UYANDA SIYOTULA spoke to young jobseekers. It is frustrating, hey. I have been job hunting since 2012 but here I am, still unemployed. I sent my CV to retail stores, private companies, everywhere.Â  The problem is that if you want a job, you either have to bribe or know someone who will hook you up and if you are like me and donâ€™t have the money, itâ€™s a problem. I also have been trying to get in at UJ [the University of Johannesburg] but they told me there is no NSFAS [student loan]. I expect the government to give us jobs and free education so that we live a better life. If you look now, young people are in townships because there are no jobs, some end up shoplifting and doing drugs and I do not blame themâ€¦ they have to eat. I have been looking for 18 months now in the banking sector because I studied business management. There are jobs but the chances of getting those jobs are very slim because of nepotism in many companies, if not all. I think that is why we not getting any. With agencies we can get jobs, even though they are also exploiting people. But now the government wants to close them down but Iâ€™m against it. Yes, they do exploit people but at the end you get what you want, rather than sitting at home jobless. The government should intervene and empower agencies and fight the exploitation. It should increase the salaries and wages that the agencies pay people. Well, I have been trying to empower myself by doing a number of courses here and there hoping that one of them will give me a break through. Getting a job is not easy if you are not a motivated young person. But I do not think I will struggle getting a job because I want to go into the business side of music which South Africa has failed to do. In the meantime, I am also a motivational speaker, I do a lot of volunteering and I have been collecting letters of recommendation, certificates. All those papers are going to help me get a good job and God is by my side, he shall see me through. The government should play its part in terms of job creation, I feel it is not trying hard enough. Regardless of the economy, the youth stands a chance of getting a good jobs, we must not focus on the economy but on the positivity of our mentality and make things happen on our own. Itâ€™s very hard to find a job these days, with the economy slowly dying and the strike also is making it worse. How can we find jobs when the people who are working are always striking? I started looking for a job last year, any kind of a job really, as long as I will be employed.Â  The challenge I always face is that they want people that are educated or at least have matric and I do not have. Itâ€™s a big obstacle hey and I want go back and finish matric but I cannot afford to. So that is why I want a job so that I can take myself back to school and even varsity. It would be easier if the government could help by creating more jobs. At least meet us halfway, you know. I want a job, so many young people do, but weâ€™re not finding anything. I have been to agencies, the corporate world and the government but I am not wining. Nowadays people call their families first when there are job opportunities and thereâ€™s just a lot of corruption. The youth is getting out of hand, the economy is even weaker, people are getting retrenched so it does not look like we getting jobs any time soon. I just have to study further and push my modeling career. I expect more job creation from the government and the private sector should create more internships and learnerships so we can get experience and stand better chances of getting stable jobs. Job searching is so stressful, for instance, it has been a year and a couple of months now, but I have not found anything yet. I have been applying online and going to companies myself. I mostly get told there is no more space or I do not have enough experience. How are we going to get experience if they refuse to hire us? Imagine, going to these places to submit CVs or for interviews costs a lot of money which I borrow from family members. I am starting to feel like a burden. I want to be a salesman so I am currently selling a few designer clothes just to get by. The poor economy is making jobs even scarcer, but the government should fulfill its promise of creating jobs. The biggest challenge among the youth is unemployment but I am lucky because when I go for interviews they usually like me because I am not shy, so eventually I will get something. Jobs are scarce yes, but I think many people use that as an excuse because they are lazy to search, just waiting on people to hook them up. I am taking my CV everywhere, and I have a few promises including from Wimpy. So applying is the best you can do, regardless of the economy or other obstacles. I am also planning to go back to school in July. The government should help the youth that is qualified get good jobs because some of them have degrees but they work in retail stores