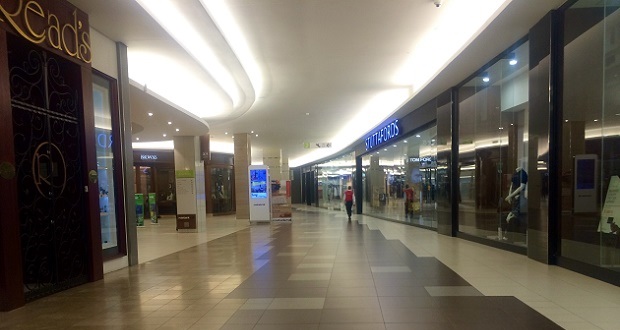 With the price of almost everything rising, consumers have been urged to be more frugal with their finances. But donâ€™t go filling your piggy banks just yet. The Joburg Shopping Festival, in shopping centres from 28 July to 9 August wants you to spend, spend, spend!

“The only way to grow is by supporting each other,â€ designer David Tlale said at the media launch of the annual Joburg Shopping Festival (JSF) at Rosebank Mall on Wednesday. Tlale urged consumers to be brave and to open their wallets in supporting local businesses.

Increasing fuel prices, increased inflation and drought are just some of the reasons consumers have been urged to adopt healthier money habits and spend less.The impact of drought across the country is said to be the biggest factor in the escalating cost of your groceries. But the JSF ainâ€™t about that life. The shopping festival, together with City of Joburg, UnionPay International and Gauteng Tourism are encouraging consumers to splurge a little, or a lot, by offering massive sales over a 13-day period at popular Gauteng shopping malls.

The malls include Sandton City, Nelson Mandela Square, the Oriental Plaza, East Rand Mall and Rosebank Mall. Inspired by the 21-year-old Dubai Shopping Festival, the three-year-old festival is attempting to position Gauteng and Johannesburg as a convenient, budget-friendly shopping destination. But the festival is certainly not designed for everyone. Many consumers who could benefit from these massive sales live far from the scene of these opportunities as many of the selected malls are not easily accessible to low-income earners.

Some do believe an initiative like the shopping festival will boost the local economy, and have positive spinoffs away from just the malls.

Tlale encouraged consumers to support local brands to create opportunities and curb unemployment. â€œLet us believe that a product proudly made in SA can compete with a Marc Jacobs or Gucci,â€ Tlale said. â€œLet us buy and be proudly South African. Milan is doing it with Proudly Milan and America with Proudly America. We can do it tooâ€.

While there seems to be good enough reason to empty your pockets, the mashonisasÂ (loan sharks) are real. Approximately 10 million South AfricansÂ are in debt and described as debt stressed, with almost 45%Â struggling to meet their credit repayments, so maybe getting back into malls is not a good idea for some.

Studies have shown that South Africans love to shop so trust that malls will be packed regardless of the tough economic times and terrorist alerts (which the SA government has rubbished).

The festival takes place from July 28 to August 9 and will also give shoppers the opportunity to win an exciting assortment of prizes, amongst them SAA flight tickets, tickets to the Joy of Jazz event, getaways to Sun City â€“ and the grand prize, four chic Chevrolet Sparks (hereâ€™s hoping I can score one these).

Editorâ€™s note: Mbali Phala won a shopping voucher at the launch of the shopping festival. Itâ€™s enough to keep her caffeinated through her next few deadlines, without impacting her vision of shopping festivals, their aims and place in Joâ€™burg.