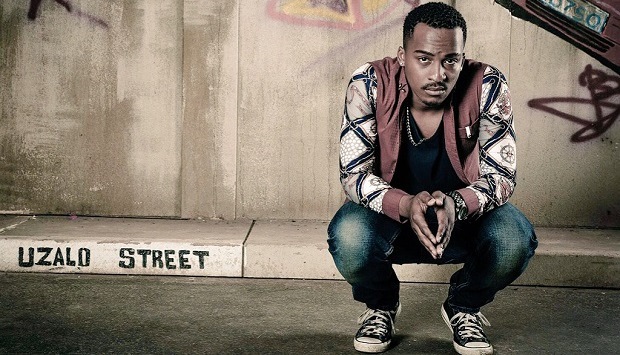 Uzalo is one of South Africa’s hottest television dramas at the moment. The Daily Vox caught up with NTOKOZO DLAMINI, who plays Mastermind Maphumulo on the show. He spoke about his love for family, his career and being a businessman.

I am from a small town just outside of Durban called Pietermaritzburg. I grew up there and I later on went to varsity in Durban. I moved to Johannesburg to pursue the arts. I came to Joburg in 2012 and stayed here for two and a half years. I got the role on Uzalo and I had to move back to KZN. Uzalo has been by far my biggest gig, but I had also had other roles before: on Soul City, but that was short-lived, and also on Single Girls that played on SABC1.

My character on Uzalo connects with me, Ntokozo, in some aspects. Mastermind is a family person as much as he is a gangster. He loves his siblings to death and heâ€™s about family – and I really like family. But everything else about Mastermind – his morals and principles – I disagree with that. We aren’t the same when it comes to the bad side of the law, but in terms of loving family and having a warm heart, that’s one of the things that are similar to me and Mastermind.

I still have both my parents and I have three younger siblings. My parents separated when I was still very young but have been there throughout. My parents separating didn’t really influence my life because I was pretty young, but it’s part of those things in life. I had to grow up very quickly, be a man and take steps that a young adult would have taken. It did put a lot of pressure when both parents are not under the same roof. They are civil towards each other and they raised me and my siblings very well.

As the first born at home, I feel that I am always supposed to lead by example. My younger siblings look up to me and see me as their hero. There is a lot of pressure as the first child because you always have to do well so that you can set the pace for the others to follow.

What I have learnt is that no one in this industry you meet is your true friend. I refer to everyone as my colleagues because some people just want to be your friend because you are relevant. They want to be seen with you and they want to ride on your hype to make themselves relevant.

Iâ€™m also in business because I have also studied International Marketing Management. Some people act but don’t make a lot of money, and some make a lot of money. So when you stop acting, you won’t be getting an income; it will be a struggle. That’s why it’s advisable to have a business so you will have something to fall back on.

I would like to encourage the youth that are unemployed to start their own business or try and register a company, even if it’s a joint venture with a friend. Sometimes I feel like the youth lacks initiative because they just send in their CVs to two or three places and wait and never take it into their own hands. Our government tries to help people. Although they can’t help everyone, there are structures in place to help you with such.