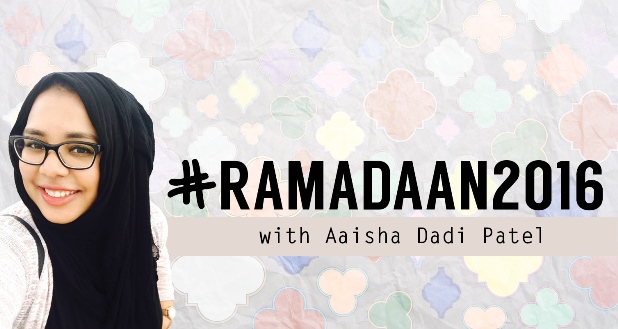 On Wednesday, I was annoyed by a couple of things. With a major virtue of fasting being that one should maintain as much patience as possible, I felt guilty for a few moments and figured I should attempt some sabr – but then I rationalised that if I’m angry about injustice then maybe it’s valid. Still mulling over that one – you can tell me what you make of it.

Anyway, I was very disappointed to wake up to the news that Hillary Clinton will be the Democratic presidential candidate. She basically has a 50% chance against the bigoted orange man to be the next president of the USA. Of course I was sad that we would no longer really get to #FeelTheBern (I know he’s problematic too, but he’s the least problematic and most progressive of the lot of them), but I was also getting seriously annoyed at the way that Hillary was making out her victory to be some kind of feminist statement and a major forward move for all women.

First things first, Hillary is a white feminist â„¢, which automatically makes her someone complicit in so many forms of oppression she would never even acknowledge. She’s also a huge beneficiary of feminism – in that she manipulates the fact that she’s a woman to advance herself – without visibly paying it forward. Just because she’s a woman does not mean that I have to support her! Feminism doesn’t mean unequivocal support for a person just because they have a vagina! (Should I say it louder for the peeps in the back?)

But by the time you read this, it will be yesterday’s news already.

I was also extremely annoyed to read this extremely annoying interview in The Guardian about the possibility of a biopic of the great Sufi poet Rumi.

The headline alone made me cringe so hard I knew I would regret putting myself through reading the article. There’s nothing that I love more than a white person proclaiming that they’ll execute a project that will “challenge Muslim stereotypes”.Â â™¥Â thank you white saviour, your Orientalist narratives never cease to give me the validation I so desperately crave from you.

That (and the condescending and overall Orientalist tones of the entire interview) aside, the screenwriter has stated that he wishes to cast (white) actors Leo Di Caprio and Robert Downey Jr in the roles of Rumi and Shams of Tabriz. This only highlights the fact that Hollywood is so unapologetically racist that it will conveniently disregard the fact that the characters in question were NOT white, and exploit a culture/religion/context that it consistently antagonises just because it’s now a potentially lucrative production opportunity. That part makes me especially annoyed, particularly when thinking about how hard people like Dr Jack Shaheen have worked to prove that this damaging stereotype exists and will most likely continue to be exploited indefinitely just because it suits a certain agenda.

(Oh, but maybe the producers are hoping to tap into Robert Downey Jr’s talents at playing characters of other races. We haven’t forgotten Tropic Thunder.)

The film hasn’t even been made yet – hell, it hasn’t even yet been written – but if things go the way they’ve already been planned, then I hope you will join me in my boycott of it.

My sabr levels were definitely tested – what do you think, though, is my anger justified or nah? Comment below or tweet me @aaishadadipatel.

This is a special RamadaanÂ series by our fave Muslim reporter, Aaisha Dadi Patel. To catch up on Day 2’s musings, read this.