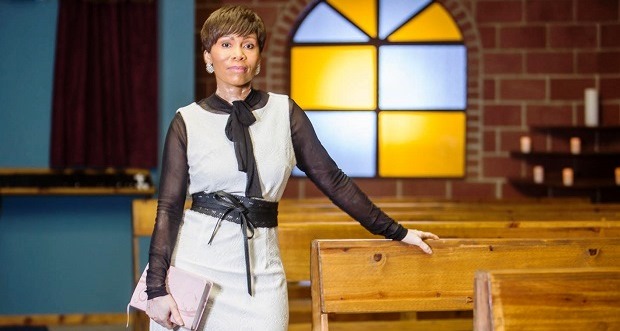 The cast of popular television drama UzaloÂ recently left the humid scene of Durban for Joburg on a press tour. LELETI KHUMALO, who plays MaNzuza, opened up about the difficulties of her childhood and being an experienced actress who still learns from young people.

Iâ€™m from KwaMashu and Iâ€™m the third child out of five children. I donâ€™t know my father because he passed away when I was still a toddler. My mother raised us and sacrificed a ton to do it. Although it wasnâ€™t easy and I didnâ€™t understand back then, Iâ€™m grateful for her efforts.

She worked as a domestic worker and spent a lot of time taking care of another family. Years later, she still feels bad about not being around often and missing out on watching her children grow. I assure her that she did what was best and she should stop feeling bad. Itâ€™s not like she had a choice. If she didnâ€™t look after another family and decided to stay at home, who was going to put food on the table? We wouldâ€™ve been hungry and probably not gone to school.

My mother was not around as often as I wouldâ€™ve liked, and that was difficult. I remember growing up in a four-roomed house that was always dark; we only had one candle to light up the entire house. Â My older brother assumed the fatherly role in her absence and that made it somewhat better. I was young and I didnâ€™t understand when I saw other children living a different life. Iâ€™d get home and there would be nothing to eat; sometimes Iâ€™d eat something that was left two days ago. It was painful and still is now when I think about it.

When I see other children with their parents, it takes me back immediately. To remember that I didn’t have that life. Especially now that I stay with my kids. I donâ€™t like talking about this because itâ€™s still very emotional; it still hurts. I donâ€™t want to be that person that seems ungrateful, always saying â€œI wish I had my mother growing up.â€

At the time, Iâ€™d be upset and hurt that she wasnâ€™t around. Upset that she was raising someoneâ€™s children and giving them all the love that she was supposed to give us. It wasnâ€™t until recently that I began to understand that it couldnâ€™t have been easy on her and Iâ€™ve made peace with it. It pains her, especially when she sees her grandchildren. Then I assure her that weâ€™re not angry with her because she made sure we live. To understand situations, you need to take them closer to you.

Being poor is difficult. And itâ€™s not easy but you canâ€™t always blame poverty for the way you turn out later in life. Set your mind to something and work at it. If you go around telling people you grew up poor and do nothing about it, youâ€™ll be poor forever. Do something about it. Our stories will not be the same but the cycle of poverty can be broken; you just need to work hard and step out of your comfort zone.

I didnâ€™t know I could act or even be good at it but when I was in standard 6 [grade 8], I took the decision to back my bags for Johannesburg to be part of Sarafina. My mom was sceptical, but the director of Sarafina assured her that Iâ€™d complete my grades. I got here and I worked hard towards where I am today but even with many years of being in the industry, Iâ€™m still learning. Particularly from the young cast Iâ€™m working with at the moment.

When I met the cast for the first time, I was nervous when I saw the young and new actors and actresses I was paired with. I asked myself how I was going to match their energy. I realised I needed to go in as a new person who doesnâ€™t know anything about acting. They tell me theyâ€™re honoured to be working with me and theyâ€™re learning from me, but Iâ€™m also learning from them and honoured to be in the midst of amazing young people. When Iâ€™m on scene and Iâ€™m not sure about what Iâ€™m doing, I ask the young people for direction. I always tell them, â€œMy children, Iâ€™m here to learn from you as youâ€™re here to learn from meâ€.

Iâ€™ve learnt to be humble and to never forget where I come from and where Iâ€™m going.