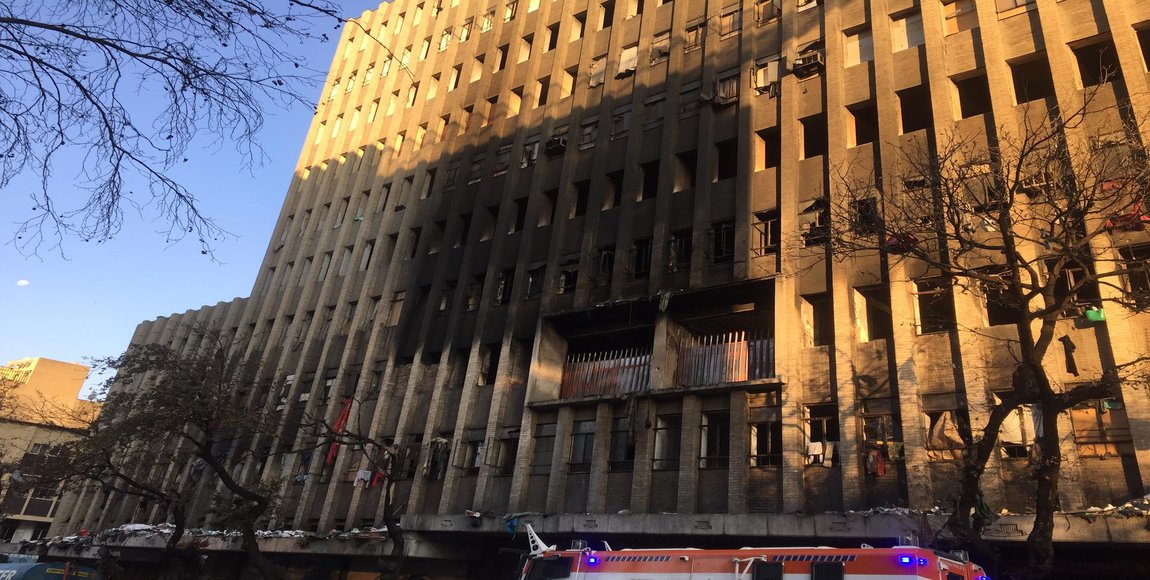 Johannesburg Mayor Herman Mashaba has once again shown anti-poor sentiment, this time in the wake of theÂ devastating fire at the Cape York building in the Johannesburg CBD, which left seven people dead and several injured.Â

Speaking outside the building on Wednesday morning, Mashaba said he knew the fire was going to happen according to findings he had collected, and blamed human rights lawyers for the delays in cleaning up buildings in the inner city.

â€œWhat is disturbing is this fire in this particular building is not going to be an isolated case unless civil society can allow me as executive mayor to condemn these buildings and get people out so that we can actually save their lives,” Mashaba said.

â€œI am actually angry at the lawyers, calling themselves human rights lawyers on a daily basis. As we are trying to find a solution to the problem, they criticise us about out concerns over the buildings.â€

Mashabaâ€™s comment appears to refer to last monthâ€™s Constitutional Court judgment in favour of the residents of a block of flats in Johannesburgâ€™s inner city. It ruled that judges can no longer lawfully order the evictions of people if they will leave the people homeless.

The Socio-Economic Rights Institute of South Africa (SERI) addressed Mashabaâ€™s claim in a statement released on Thursday. It said: â€œIf Mayor Mashaba is serious about ensuring that people in the inner city live in humane and healthy conditions, he needs to implement a four point plan… Only then will these fires and the fatalities that come with them be rare rather than tragically inevitable.â€

SERIâ€™s director of litigation Nomzamo Zondo raised concerns about where the occupants of the building will go following the fire. She told The Daily Vox it was incumbent on the City to provide the displaced residents with safe and humane accommodation.

Zondo says that unless the City can provide affordable housing for poor people in the inner city, these situations will continue.

According to SERI, the City was issued with a court order to clean up the building in 2013 but they disobeyed the court order.

Yet, despite its responsibilities, it appears the City wants to â€œcondemn and demolishâ€ without providing adequate housing for those whoâ€™ve been removed from their homes, she said.

Mashaba said that the breakdown of law in the inner city has meant that law-abiding citizens who should get housing are being prevented from doing so by those who illegally occupy and hijack derelict buildings. He said the City would continue to raid hijacked buildings in the CBD.

The most recent inner-city raid was on June 30 on two buildings, Vannin Court and Florence House, where 23 migrants were arrested for illegal occupation and carrying out illegal activities. Mashaba said the City plans to find alternative accommodation for the occupants and then refurbish the building.

Rights groups have criticised the raids, saying they are xenophobic and unconstitutional. Jacob Van Garderen, national director of Lawyers for Human Rights once said Mashaba could be compared to US President Donald Trump with his actions playing on fears of migrants taking over.

On Wednesday, police minister Fikile Mbalula said that the Cape York building should be demolished. Mashaba has said the building will be closed and checked for safety before anyone will be allowed back in.

There is still no information on whether or how the occupants of the building will be re-accommodated.

The mayorâ€™s office would not be reached for comment. The story will be updated once comment is received.