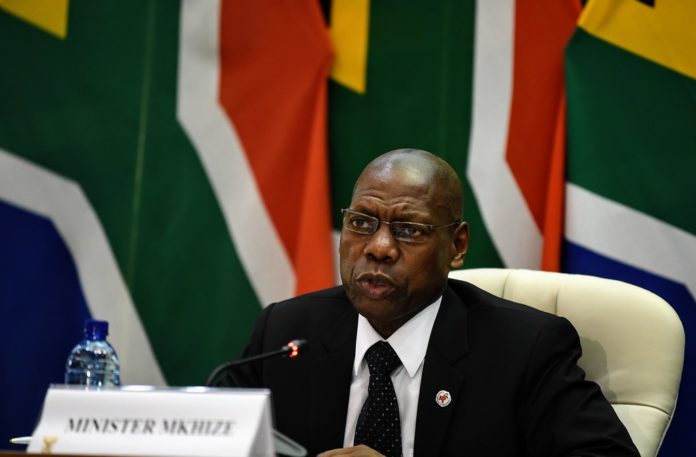 Health minister Dr. Zweli Mkhize had been a beacon of hope during the uncertainty of the Covid-19 pandemic. He also seems to have become another casualty in South Africa’s other virus; corruption. So who is Dr Zweli Mkhize? In retrospect there were signs of corrupt behaviour leading up to allegations that Mkhize benefited from a tender his department awarded.

1956: Zweli Mkhize was born in Pietermaritzburg.

1982: He qualified as a medical doctor at age 26 at what was then known as the University of Natal. He was forced into exile in Swaziland, then later in Zimbabwe before returning home in 1991.

1991 – He returned to South Africa and started working at Themba Hospital. Mkhize began serving the African National Congress (ANC) as a member of its national health secretariat.

1994 – Mkhize was appointed as the KwaZulu-Natal (KZN) MEC for health in 1994. He held the post for a decade, consequently becoming the longest-serving health MEC in the country.

1999 – Mkhize, then ANC provincial deputy chair, was named as part of a group of political leaders to be arrested by the The Special Investigative Unit (SIU) in a report. Charges included illegal possession of arms to murder. The report was disputed by The Inkatha Freedom Party (IFP) who had a senior member of their party named as well. In response to the report the ANC in KZN called on the Safety and Security Minister at the time, Sydney Mufamadi to ensure the SIU had no third-party influences as it conducted its investigation.

2001- Mkhize as the KZN Health MEC opposed the Treatment Action Campaign’s (TAC) application to  force then President Thabo Mbeki’s HIV denialist state to provide women with the drugs they needed to save their babies. KZN was the province with the highest number of people living with HIV at the time,with infants most at risk of infection. In contrast, Mkhize allowed Prof Salim Abdool Karim to conduct antiretroviral treatment trials at a clinic in the KZN Midlands — against government policy at the time. Mkhize did not oppose Mbeki’s stance publicly, but appeared to do so indirectly by permitting the trial.

2004 –  Mkhize was appointed the MEC for finance and economic development in KwaZulu-Natal, while serving as the chairperson of the ANC’s national education and health subcommittee.

May 2007 – The KZN South African Communist Party (SACP) called for a commission of inquiry to be set up to probe an assassination plot against Mkhize. Sizwe Mkhize, not a relative of Zweli, who was arrested in 2010, was according to the SACP, implicated in the plot to assassinate Mkhize (Zweli).

2008 – Mkhize was elected the provincial chairperson of the ANC in KwaZulu-Natal in 2008. He was re-elected to a second term as chair in 2012.

2008 – When Mkhize was KZN MEC for finance he was alleged to have been involved in a loan scandal involving his wife, Dr May Mashego. Mkhize held various political offices (KZN ANC Chairperson and KZN Premier) while these loans were being disbursed. One of the loans involved a KZN businessman Protus Sokhela who secured a three-year R10.9m property lease with the provincial Treasury (Mkhize was KZN MEC for finance). Payments of R1 million each were made to a company of which Dr Mashego is the sole director. He denied any wrongdoing.

March 2008 – In a landmark case for defamation law in South Africa, Mkhize won a defamation claim against the City Press. As well as paying Mkhize R150 000 as well as his legal costs, City Press had to issue the following apology:

On 4 March 2007, City Press published an article entitled “Assassination plot uncovered in KZN”. The article dealt with a plot which had allegedly recently been uncovered to assassinate the ANC deputy chairperson and MEC for Finance and Economic Development in KwaZulu-Natal, Dr Zweli Mkhize. In the article reference was made, as background, to the much publicised trial, which was held in Pietermaritzburg during 2000, of the alleged murderers of the late Sifiso Nkabinde.

The article, in referring to those proceedings, stated that an accomplice witness “told the court that Mkhize had promised him thousands of rands in exchange for Nkabinde’s assassination”.

This statement created the impression that the witness had testified in court that Dr Mkhize had made such a promise to him personally and directly, whereas this was not in fact stated by the witness. The witness testified in his evidence, both in chief and under cross-examination, that his understanding and belief concerning Dr Mkhize’s alleged involvement in the murder of Nkabinde, was hearsay only and was based upon what he had been told by Joel Mkhize (accused No 1) and others, whom he admitted could have been lying.

City Press concedes that the article of 4 March 2007 incorrectly gave the impression that evidence in the trial had directly implicated Dr Mkhize in the murder whereas it had not.

City Press regrets this error and apologises for any embarrassment the statement may have caused Dr Mkhize.

May 2009 – Mkhize was elected as the premier of KZN, defeating the Democratic Alliance’s John Steenhuisen. This was a post he held until September 2013.

2009 – Mkhize was appointed to the position of chancellor of the University of Kwazulu-Natal (UKZN), a ceremonial position, in which he served until 2017.

2010 –  Tara Klamp, a male circumcision device not yet approved by the World Health Organisation was introduced during Mkhize’s KZN premiership. By then studies had shown that male medical circumcision reduces HIV infection rates significantly. The KZN government continued using the Tara Klamp despite the TAC confirming reports of injuries. Evidence of corruption surfaced when it was revealed the late King Goodwill Zwelithini (who had ardently supported the use of the device) was gifted with a one million rand car, by the director of the company that sold the Tara Klamp. While Mkhize was not directly involved in the corruption that came to light with the Tara Klamp tender, he had the power to end the use of the device.

May 2010 – A report in the Sunday Tribune once more linked Sizwe Mkhize, who was a suspect in political assassination cases and was arrested in connection with being in possession of a firearm, to Dr Zweli Mkhize. Mkhize issued a statement reiterating that Sizwe Mkhize has no relations with him and his family. “The allegations are untrue and bring the name of the premier and the office he occupies into disrepute,” he said.

December 2012 – Mkhize was elected as Treasurer General of ANC at the party’s 53rd National Conference. This post required the officeholder to work out of Luthuli House, the ANC headquarters in Johannesburg.

August 22 2013 –  Mkhize stepped down as Premier of KwaZulu-Natal saying, “After considering the workload associated with my two responsibilities, I have come to the conclusion that I need to spend more time fulfilling my responsibilities as the treasurer-general of the African National Congress.” Mkhize would then be based at the ANC headquarters Luthuli House in Johannesburg full-time as from September of that year.

September 17 2017 – In Redi Thlabi’s book titled Khwezi it was alleged that Mkhize – then an ANC presidential hopeful – tried to manipulate President Jacob Zuma’s rape accuser into dropping the charges against him.

October 2017 –  Mkhize was accused of causing factionalism at a hearing conducted by the Moerane commission; which was investigating political killings in KZN. Former ANC Youth League regional secretary, Thabiso Zulu told the commission before the 2009 ANCYL regional conference, the Harry Gwala region was torn apart by factionalism.

November 14 2017 – Mkhize said those hoping to succeed President Jacob Zuma as ANC president needed to communicate a message of unity. He was one of seven ANC officials vying for the position of ANC president at the party’s Nasrec conference.

December 18 2017 – ANC Gauteng secretary Paul Mashatile was elected the new treasurer -general of the ANC at the 54th national conference at Nasrec. He took over the position from Mkhize. Mkhize was elected to the national executive committee.

February 27 2018- Following the ANC’s recall of Jacob Zuma from the presidency, Cyril Ramapahosa appointed Mkhize to the position of the minister of cooperative governance and traditional affairs for his first cabinet. He served in this post until the general election the following year.

October 2018 – A task team investigating political killings was reported to have raided Mkhize’s home in KZN. The investigation involved private security firms linked to political assassinations. It is believed a security guard at Mkhize’s home was arrested. Mkhize disputed calling it a raid, but merely a meeting with the security at his home.

May 30 2019  – Mkhize is appointed the minister of health of South Africa.

July 2019 – Mkhize named as a senior politician that asked the Public Investment Corporation’s (PIC’s) former CEO, Dan Matjila, to fund transactions. Matjila said he agreed to facilitate the request by contacting business people who had received funding from the PIC. This included Sipho Mseleku from the Sakhumnotho Group, Lawrence Mulaudzi from Kilimanjaro Capital and Siyanda Resources chair Lindani Mthwa.

December 2020 – Mkhize was celebrated as the “Newsmaker of the Year” for his leadership in the country’s fight against the Covid-19 pandemic.

February – May 2021 – The Daily Maverick revealed that Mkhize was linked to a tender scandal worth R150 million rand. The firm, Digital Vibes headed by close friends of Mkhize (Tahera Mather and Naadhira Mitha) received this communications tender in 2019 – it would provide communications services for the government’s National Health Insurance (NHI). The tender was later revised to cover communication around the covid-19 pandemic and subsequent vaccine roll-out programmes. Mkhize is alleged to have played a major role in awarding the tender. Mkhize has not confirmed any allegations.The SIU are currently investigating the claims against Mkhize.

June 8 2021– President Ramaphosa has placed Dr. Mkhize on special leave. This period is to allow Mkhize to respond to allegations involving the service provider, Digital Vibes and the Department of Health. President Ramaphosa will await the outcomes of the SIU investigation. Minister of tourism Mmamoloko Kubayi-Ngubane will serve as Acting Minister of Health until further notice.