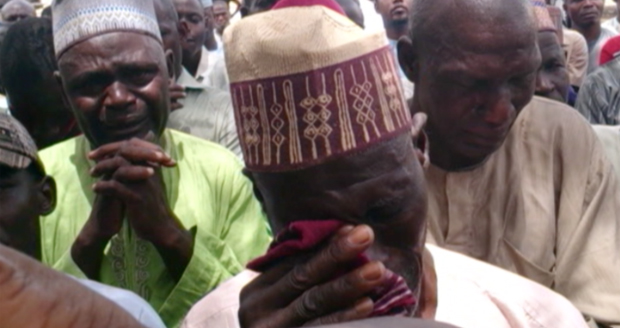 The Nigerian Armed Forces has rescued 200 girls and 93 women from insurgent group Boko Haram in Nigeriaâ€™s Sambisa Forest. But these arenâ€™t the girls the army was looking for. The Nigerian army spokesman Colonel Sani Usman confirmed on Twitter that the women and girls rescued on Tuesday were â€œnot the Chibok girlsâ€.

FLASH: Troops this afternoon rescued 200 girls & 93 women from #Sambisa Forest. We cannot confirm if the #ChibokGirls are in this group /1

The rescue of the girls on Tuesday raises question about whether the #BringBackOurGirls campaign is aimed only at a specific group of girls captured in Chibok.

Obiageli Ezekwesili, founder of the Bring Back Our Girls campaign, said it was â€œheartbreakingâ€ that the Chibok captives were not among those rescued, and called for added pressure to be placed on government to find them.

According to Amnesty International, more than 2,000 women and girls have been kidnapped by Boko Haram since the beginning of 2014.

This violent separation from home and family is only the beginning of a difficult road for the women taken by Boko Haram. Aisha, a 19-year-old who was captured in September 2014 and later rescued, told Amnesty International how the captives were transported to transit camps and then to remote towns and villages where they were indoctrinated with a hardline version of Islam in preparation for forced marriage to Boko Haram fighters. They girls are often raped. They were also taught how to fight, use firearms and make bombs; some were sent on insurgent operations.

Nigerian President-elect, Muhammadu Buhari, who was elected last month and assumes office on 29 May, has pledged to rid the nation of Boko Haram after outgoing President Goodluck Jonathan failed to deal effectively with the insurgents.

Buhari, however,Â has conceded that no guarantees can be given about finding the Chibok girls: â€œAs much as I wish to, I cannot promise that we can find them.â€

– Featured image of parents of the Chibok girls, via Wikimedia Commons.