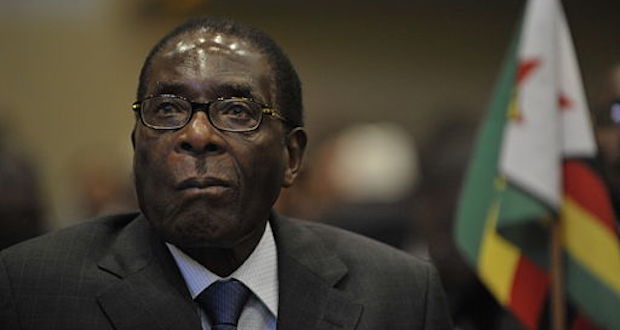 Zimbabwean President Robert Mugabe is by no means the globe’s most-loved man. He’s been stripped of his British knighthood, some of his honorary degrees, and the freedom to travel to the West. But at 91 years old, Mugabe is the world’s oldest sitting president and is still going strong after 35 years in power. You may know him as one of the world’s worst dictators for a litany of human rights abuses, including the allegedly authorisation of the massacres of up to 20,000 civilians in the 1980s but TENDAI MARIMA rounds up a few things you may not know about Robert Gabriel Mugabe.

1. Orphan president
Seeing as he’s over 90, it’s no surprise that Mugabe’s mother, Bona Mugabe (nee Shoniwa), and father, Gabriel Chatunga Mugabe, who was of Malawian origin, are both dead. But he’s also outlived all his siblings; his three brothers and two sisters have also passed on. According to Mugabe, the death of his older brothers Raphael (six months) in 1922 and the poisoning of Michael (15),in 1934, really tore his mother up and may have led his father to abandon the family.

2. Last of the liberators
Mugabe is thought to be the only sitting African president to have witnessed the formation of the Organisation of African Unity (OAU). The African Union’s predecessor was formed on 25 May 1963 in Addis Ababa, Ethiopia. Mugabe attended the founding summit as a representative of the then liberation movement, the Zimbabwe African National Union, today’s ruling Zanu-PF.

3. White help
An Italian priest, Father Emmanuel Ribeiro and a German-born nun and sociologist, Sister Mary Aquina, are said to have aided Mugabe; the late Edgar Tekere, former Zanu PF Secretary-general; and others escape to Mozambique in April 1975. Father Ribeiro and Sister Mary reportedly helped by devising the escape route and supplying the getaway cars. Father Ribeiro drove one car with Tekere and Sister Mary drove the other with Mugabe and some white nuns as decoy passengers. Both cars helped the nationalists escape Harare (then Salisbury) to Ruwa, a small settlement about 30km north of the capital. From there they continued on their own to Chief Rekayi Tangwena’s lands in the north-eastern highlands near the Kaerezi River bordering Mozambique.

4. Man of letters or man of action?
According to Tekere’s biography, A Lifetime of Struggle (2011), Mugabe was ever the plucky bookworm. Tekere writes that while crossing the near-flooded Kaerezi River into Mozambique, he himself carried a radio and some matches, while Mugabe carried a portable typewriter in a steel case.

5. No keen negotiator
Mugabe didn’t want to attend the 1979 Lancaster House Conference in the UK that led to a negotiated settlement with the Rhodesian government. He was pressured into it by the then president of Zambia, Kenneth Kaunda, and the late Samora Machel, then president of Mozambique, whose countries had suffered raids and bombings for allowing the armed wings of the Zimbabwean liberation fighters to have bases on their borders.

6. Holy charm
Mugabe is a staunch Catholic, and throughout the 1970s war of liberation and his presidency, he has always carried the same set of rosary beads.

7. Two babies and a wedding
When Mugabe officially wed his former secretary Grace Marufu in August of 1996 he already had two young children, Bona (6) and Robert Peter Junior (about 3). His first wife, Sally Hayfron Mugabe, had died in 1992 of kidney problems at the age of 60. Although news of Mugabe and Grace’s secret marriage ceremony in 1995 landed a newspaper editor and his publisher in trouble, their posh wedding a year later was attended by thousands, including South Africa’s late president Nelson Mandela; former president Joaquim Chissano of Mozambique, who was the best man; and former president Sir Keutumile Masire of Botswana.

8. The undertaker
Mugabe’s son, Robert Jnr (22) was so good at basketball he played for the junior national team and he might play for Zimbabwe at the AfroBasket Championships to be held in Tunisia next month. Sporty he might be, but Robert Jnr, who is now at university in Dubai, flunked his A-level exams so badly that his father has referred to him as an undertaker, supposedly in reference to poor grades.

9. On the move
A 2002 travel ban on Mugabe was eased this year after he became AU chair. Since then, Mugabe’s been on the move, making trade deals in Egypt, Indonesia and South Africa, observing a peace-deal signing in Mali, attending presidential inaugurations in Zambia, Sudan and Nigeria, and addressing the UN on Ebola in New York. Local media and political opposition say Mugabe bleeding the country dry with his frequent travel, but some of his trips on regional business are presumably funded by SADC and the AU. Surely, that’s a perk of being the King of Africa.