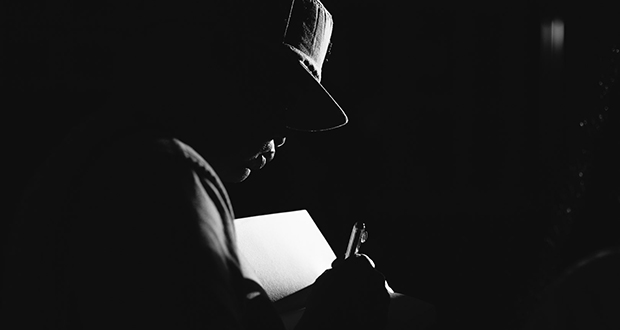 NIQ MHLONGO is at Time of the Writer 2016 launching his new collection of short stories “Affluenza”. He has previously published three novels and been called “one of the most high-spirited and irreverent new voices of South Africa’s post-apartheid literary scene” by the New York Times. He spoke to Dana da Silva about his new book and the difficulties of getting black stories published in South Africa.

The festival is going well. Iâ€™m enjoying it. Itâ€™s a new, exciting programme and looks new in a positive way.

The theme is very great, it’s thought-provoking in a sense that itâ€™s a theme that I think talks to the heart of the writers as well as the audience so I think itâ€™s a theme thatâ€™s bridging that gap that exists between the writers and the audience in a sense that books are very inaccessible to the audience. Itâ€™s a theme where we hear lots of audience members talking from their heart about what they want and what they would like to happen in their communities as far as the book is concerned. Here we come here directly to the audience and we talk to them directly and we inspire them in so much as they inspire us towards writing.

I want to see as manyÂ people as possible buying our books, especially books written by South African authors, books that you donâ€™t normally get in different bookstores,Â books that are inaccessible. I would love them to get to read them and to actually talk to people. There are lots of people who want to be inspired to write about their communities. So we write our stories, we live our stories and the only way to be write something is whereby you have the opportunity of interacting with people in that field for some times. I became a writer because I was once interacting with other writers before I became an author.

“Affluenza” isÂ a short story collection. Some of the stories have been published in different languages but they have been mostly not known in South Africa. They have been published inÂ Italian, French, Dutch and Flemish so they are not published in South Africa so this is the opportunity. I have collected them so people know that Niq is Â both a writer is short stories and a writer of a novel. So the themes that are there are the topical themes such as unemployment, immigration, homophobia, land distribution, HIV/AidsÂ andÂ lack of education. So these are topical themes, these are the themes that are affecting us as black peopleÂ andÂ as South Africans at the moment.

Iâ€™m sort of a mainstream writer now because Iâ€™ve been published in different languages. But it was quite difficult when I was still starting with the first novel because you come with new themes that might not necessarily be accepted in the mainstream publishing because publishers are mostly white in South Africa. It takes a while for a white publisher to understand whatâ€™s going on in the black communities. When I write about the black communities and the challenges of the everyday, those challenges might not be a challenge within the white world where they live. So it becomes difficult for them to accept certain themes. Even in terms of culture we are quite different so it became difficult for me to publish my first book until I made it on the first book. But until then it has become easier because my books have been made inroads into different parts of communities both nationally and internationally.

We go out thereÂ andÂ we buy “Affluenza” as much as we bought “Way Back Home”, “DogÂ EatÂ Dog” and “After Tears” because with this one it’s closer to us, itâ€™s a diverse setÂ of themes packed in one book. I think the writing is quite good so itâ€™s one of the books that will make people think quite closely about our society at the moment. I mean if you read about homophobia at the moment itâ€™s something that happens every day in South Africa and then itâ€™s the book that interrogates homophobia as one of the themes. Itâ€™s a book that interrogates landlessnessÂ andÂ land distribution which is quite a topical issue at the moment. Maybe the bookâ€™s aim is to raise awareness but itâ€™s also to raise a particular debate that South Africans obviously need to debate about and we shouldnâ€™t shy away from. Iâ€™m not giving solutions but Iâ€™m just opening a debate which is already opened. Iâ€™m just facilitating the debate. Thatâ€™s why Iâ€™m so excited about it. Â