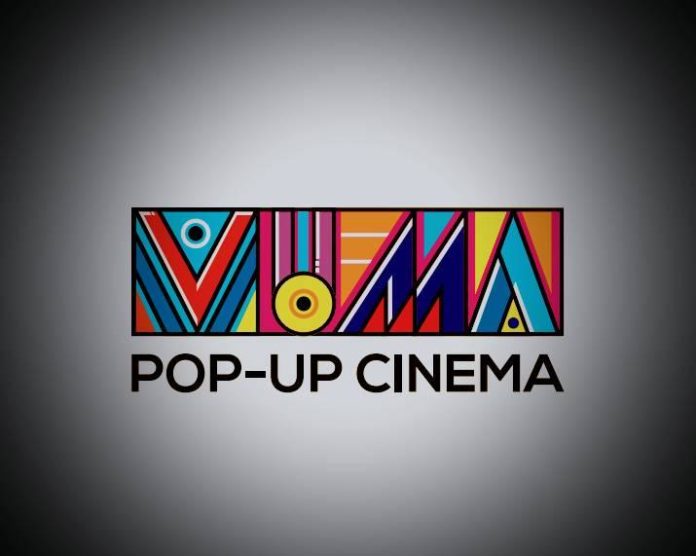 In Khayelitsha, Buhle Sithela, a young entrepreneur, is bringing the movies to the community. Sithela is the brains behind the mobile cinema based in Khayelitsha, Cape Town, The Daily Vox chatted to Sithela about his idea and future plans.

The 25-year old Sithela created the Vuma pop-up cinema after leaving his studies due to a lack of funding. In 2014, he completed two years of an event management qualification at the Cape University of Technology (CPUT). “At the start of #FeesMustFall, I dropped out because I just didn’t have the funds to go on,” he said.

Sithela’s love for movies and experience from working in drive-in cinemas fuelled the Vuma idea. “I wanted to create a safe space for children to spend their weekends and holidays at. Cinemas are far from the township areas and cost so much money,” Sithela said.

The screenings are free for kids and snacks are also provided. Vuma moves around and screens in community halls and creches. Sithela had his first screening in 2017 from an empty fruit and vegetable shop.

“Anywhere we can set up the cinema works for us. We have screened in other township areas like KwaLanga, Athlone and Blackheath,” said Sithela.

Sithela bought his first projector for his screenings – using money he saved up for by cleaning bins. “I ran a bin cleaning service that partially funded Vuma. Since the lockdown, individual donations locally and internationally have kept us going. The donations cover catering, equipment and labour costs,” he said.

Recently donations have helped ensure that the cinema could serve hot meals during winter at the screenings. Sithela said high unemployment is a huge problem in the area and country. Through the cinema, he hopes to employ more people. Sithela will be relaunching the bin cleaning service in a month to help youth in the community. Currently he provides part-time employment for five people. They help to run the catering, transport, security and set-up.

“It has been difficult for people to get jobs,and it is even worse in the pandemic. But with Vuma I hope to make more of a social impact,” said Sithela.

Vuma’s activities include colouring workshops, spelling bees and learning development. “I want to develop my skills overall, and do a first-aid course. I work with kids so it will help me in their education as well,” Sithela said.

Sithela said he hopes to complete his diploma, and do a short-film course to make his own films. Current plans include screenings in the Cape Winelands and the Eastern Cape. He also wants to go back to using solar power for future screenings like the Sunshine Cinema. The Sunshine cinema is Africa’s first solar-powered cinema network.

“The lockdown affected many plans. We want to secure funding from the government to help supplement our resources. We need to maintain our equipment, and are looking at purchasing a vehicle. We want to reach rural communities too,” he said.

“Vuma is an interactive experience, not just a cinema. We want to nurture kids, and create good  vibes, employment for youth and safe spaces for children,” Sithela said.

Donations and assistance can be done by contacting Sithela via the Vuma pop-up cinema facebook page.  Paid screenings options are also available.