Home Sexism The Proteas Lost At The Women’s World Cup And They Cried. So...
WhatsApp
Facebook
Twitter
Email
Print 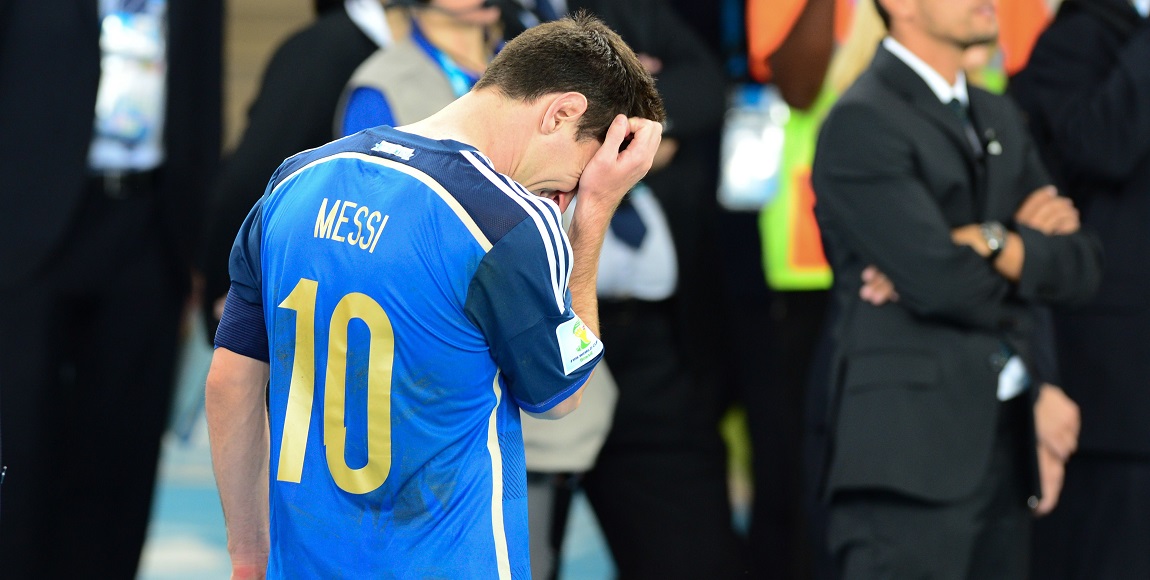 The Proteas Women’s Cricket team lost to England in the semi-finals of the Women’s World Cup yesterday. Despite the brilliant tournament they had, all some people could talk about after the match was how the players were left crying on the pitch. The Daily Vox rounds up nine times men cried over losing a game and nobody made a big deal about it.

We’re not saying it’s a problem that male sportsmen cry when they lose or win. Too many men are left to hide their tears after being taught from an early age that real men don’t cry. So it’s good that male sportsmen feel free to show their emotions. But why the double standard when it comes to women in sports? Many of the online reactions to the Protea women’s team’s tears implied that of course they’re crying; that’s what girls do.

Well, here are nine times male sportsmen cried about losing a game and no one said anything.

Cristiano Ronaldo is a big fan of the losing cry. This is him crying after Portugal lost the Euro 2004 final against Greece in Portugal.

The Proteas men’s cricket team are not strangers to loss especially in those important games. Here, Proteas fast bowler Dale Steyn is left tears after South Africa crashed out of the 2015 World Cup against New Zealand.

3. And the Proteas again

The semi-final lost was a tough one for the entire Proteas men’s team. Most of the players burst into tears on the pitch as New Zealand hit the winning runs.

4. Bangladesh at the Asia Cup

Cricket is rough. The Bangladesh cricket team were also reduced to tears after they lost against Pakistan in the 2014 Asia Cup.

5. Suarez during the 2014 Premiership

Luis Suarez couldn’t hold back his tears after Liverpool drew against Crystal Palace meaning they lost their chance at the Premiership.

Colombia had a great run at the 2014 World Cup, until they lost 2-1 to Brazil in the quarter-finals. No amount of consolation from the Brazilian team could stop James Rodriguez’s tears from falling, and falling.

7. Then it was Brazil’s turn

Before long, the Brazilian team had their own turn to cry. The Samba boys suffering a blistering 7-1 defeat to Germany in the semi-finals. Here’s David Luiz crying his eyes out after the match.

8.Messi at the Copa America

Lionel Messi announced his retirement from international football after missing a penalty in the finals of the 2016 Copa America. Argentina lost to Chile and Messi wept as he made a farewell lap around the pitch.

9. Federer, that one time

Roger Federer doesn’t get many chances to cry over losing, what with winning 19 grand slams, but even this giant of the game has shed some tears over lost opportunities. The tennis star lost it on centre court after being beaten by Novak Djokovic in the 2014 Wimbledon final.

So to the Proteas women’s team, even though the loss sucks, know it’s happened to many before. Cry and mourn the loss, and don’t worry about the haters.