Ahmed Kathrada passed away in the earlier hours of Tuesday morning. He was 87. The Daily Vox team spoke to his contemporaries about their recollections of the struggle icon.

Ronnie Kasrils (78), anti-apartheid activist and a founding member of Umkhonto we Sizwe, met Ahmed Kathrada in 1962 on a visit to the ANC-aligned Congress of Democrats in Natal.

I first met Ahmed Kathrada when he visited Durban during 1962.

In the company of his close friend, SACP/NIC leader MP Naicker, we drove around the then Natal countryside visiting contacts, usually in business or the professions, to raise funds for the Movement’s newspaper, New Age, of which MP was the regional editor.

Heavy politics was the subject matter as we drove long distances on gravel roads, enlivened by witty anecdotes about struggle personalities. As a recent recruit into the Movement, I was all ears. Kathy explained how he and Walter Sisulu, Asian and mixed-race respectively, were both firm teetotalers. They invariably had the task of purchasing alcohol from the bottle stores for ANC leaders who liked the booze such as Duma Nokwe, Robert Resha and others. Africans were forbidden to purchase â€˜white man’sâ€™ liquor but not Indians or so-called coloureds.

On one occasion, Kathy, loaded with brandy bottles, bumped into a Special Branch (SB) officer who remonstrated with him: â€œSies man Kathy, I always thought you were teetotal.”

“Nee man,” replied Kathy, “This goetis was left behind by Sisulu for a relative’s wedding, and I’ve been asked to fetch this for him.”

“Hell man,” said the SB guy, â€œI’ve just seen Sisulu leaving a bottle store across town, and he said he was buying the booze for your relative’s wedding.”

Shaking his head the SB man said, “It seems you communists will never give a policeman a straight answer.”

Zuleikha Mayat, who is well known for her cookbook Indian Delights and her work in women’s community groups, was friends with the late Ahmed Kathrada. The 90-year-old was also active in the struggle against the apartheid government in Durban.

Ahmed had sent a letter to our brother after he heard about an accident in which my husband has passed away. My brother had already left the country so I was tasked to replying to his mail which only ended after he was released. We shared a liking for Urdu poetry and things he would want explained I would explain.

After seven years of our correspondence, I met him when I went to Cape town and my friends arranged for me to see Ahmed on Robben Island. So my son and I went to meet him. All along I felt I was an elder sister writing to a younger brother. In my mind he was still a youngster so when I saw him he was a big man and I was a bit shocked. I was waiting for to come through security and he came through very gently, very casually – not excited like I was. And he came very gracefully into the room and started chatting.

Normally when someone goes to prison they would take something for them but I went empty-handed and didn’t take anything for him. I didn’t even think of it when leaving Durban. Before I left he put his hand in his pocket he took out a chocolate and said, “Give it to your granddaughter”. I will never forget that embarrassing moment.

Justice Edwin Cameron (64) is a judge of the Constitutional Court and prominent gay rights and Aids activist. HeÂ first met Kathrada in the company of Nelson Mandela. Mandela was president at the time, and Kathrada was one of his advisors.

Mandela had appointed me to head a commission inquiring into illegal arms transactions from the apartheid era. When I went to hand over my report to the president, Kathrada was there. He was very close to Mandela, close in every way. They were both people of profound principle, committed to social justice, and to serving the people of South Africa without private gain or self-enrichment.

After his release from prison in the late 1980s, I met Kathrada often. He did me the honour of asking me to read the manuscript of his recently published book, Conversations, with Sahm Venter.

The publishers and Mr Kathrada asked me to provide a quotation for the book’s publication. I felt honoured to do that. My quote appears on the cover of the book. This is what I said:

“In this new phase of our struggle for democracy and freedom, the voices of giants like Ahmed â€˜Kathyâ€™ Kathrada sound ever more imperatively. This uplifting, charming and delightful book teaches us why we revere Mandela’s circle and their achievements: the humility, the reverence for other people, the commitment to principle, truth and public service. These all shine through this wonderful book: a read strongly recommended for this time.” 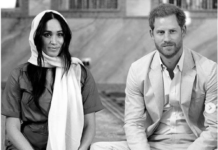 A Man, Woman, And A Baby Visit South Africa 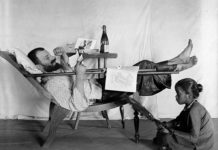 We Are Here Because You Were There