Home Features Shoes, doeks and all things pink â€“ it must be time for...
WhatsApp
Facebook
Twitter
Email
Print 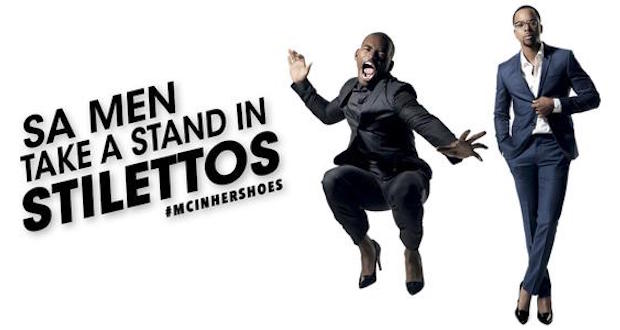 As August approaches, South Africa prepares itself to celebrate and commemorate Womenâ€™s Month, a month in which socioeconomic issues affecting women should be highlighted and prioritised. But already the trivial PR stunts are making their way into the public domain.

South Africans have been subjected a long line of ill-conceived Womenâ€™s Month campaigns in recent years. PONTSHO PILANE outlines five of the most irksome.

#InHerShoes
On Monday, Marie Claire South Africa revealed that it would commemorate Womenâ€™s Month and raise awareness about gender-based violence by showcasing 18 South African men dressed in heels â€“ ostensibly so that the men could get a â€œnew understanding, appreciation and empathy for womenâ€. Needless to say, the campaign did not go down well, because obviously it takes more than a pair of stilettos to begin to understand what it is to be a woman.

Take a stand in stilettosÂ
To prove that this men in heels thing is both badly thought out as well as original, we need only look at this 2014 Blaque Magazine cover which featured men in stilettos, supposedly standing (or wobbling) in solidarity with women against the injustices they face. The Blaque cover was not well received, with many people criticising it for the same reasons put to Marie Claire. In a country whereÂ casual street harassment is so rampant and is experienced by so many women on a daily basis, sore feet are the least of our problems.

Pretty in pink
When the departmentÂ of women was relaunched in July 2014 (inside the presidency following an appalling track record as a separate entity), the officials who headed it up decided it would be a good idea to dress in matching pink outfits. Obviously, gender stereotyping is not high up on the womenâ€™s ministryâ€™s agenda of things to avoid.

#WearADoek
2014 was also the year that the department of arts and culture brought us the #WearADoek campaign for Womenâ€™s Month. Forget the serious issues women in South Africa face, like gender-based violence and constant street harassment to name a few, letâ€™s just all take selfies in our doeks, because women power.

August spa specials
Every year, spas and beauty companies around the country have special promotions for Womenâ€™s Day. From discounts on spa treatments to buffet lunches and endless high teas, Womenâ€™s Day has provided just another opportunity for commercialisation and the entrenching of stereotypes.