Home Features The time I was in a barber shop when Castro called for...
WhatsApp
Facebook
Twitter
Email
Print 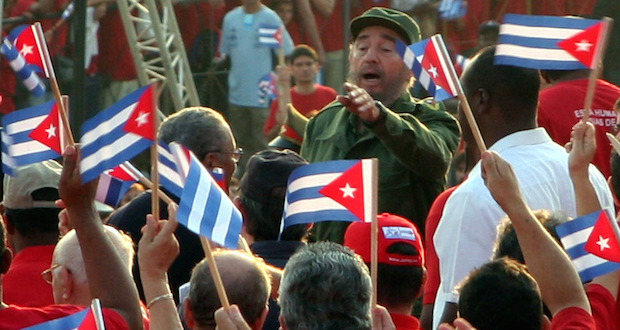 Earlier this week, Cuba opened its embassy in Washington for the first time in more than five decades. The move is the latest in a series of moves designed to normalise relations between the US and Cuba. Itâ€™s a dramatic development, ending years of enmity created by the Cold War. As a communist state, Cuba was propped up by the former Soviet Union in a nuclear-rivalry that captured the imagination of the entire world. EBRAHIM ESSA was in barber shop in Durban when it all almost went down.

When Fidel Castro managed to get rid of dictator and American-puppet Fulgencio Batista in 1961, he went on nationalise US-owned businesses in Cuba â€“ and he made it clear that revolution was coming. The US, in retaliation, invaded the Bay of Pigs in an operation that failed and was seen to be quite embarrassing. A year later, in 1962, friends of Cuba, in the form of the former Soviet Union, began to stockpile nuclear missiles in the small island country, to be used if the US ever tried any tricks.

The nukes were an obvious threat to the US, to world peace and other things that mattered. Not that I cared.

Nowadays, vendors just run between traffic lights. What ever happened to the showmanship? I guess today they can’t read.

I was very busy on that particular day so I decided that I would read that dayâ€™s paper on the next day, when the world ended. I reckoned Iâ€™d then check out the late edition, so I would know how it happened.

Anyway, I was more concerned about getting this short-back-and-sides before school inspection the next day, or running the risk of catching some shots on my backside.

At Bobâ€™s Barber Shop, I found the usual queue-on-the-bench. I couldn’t figure: how did these people get here before me? Donâ€™t they go to work? Donâ€™t these students have homework? And how come there was nobody on the bench when I passed this spot 15 minutes ago, on myÂ return from school?

Bob was ill that day, so his old, semi-retired partner Harry was busy attending to all these clients by himself. He had the radio, above the mirror, blaring away with the news of the day. It was too loud to make out the words, so I decided to nap.

Easier said than done, for in addition to that pesky radio, there were these nitwits around me, waiting their turn at the chair, gossiping even more loudly than Marconiâ€™s noisy invention.

The competition between rabble and radio was now reaching near-exploding point. Every time the gossip got louder Harry stood on a stool and turned the volume of the radio even higher, until he had it at full volume.

Then he lost it. He still had the scissors in midair and one hand on the shoulder of his contemporary client. â€œShh gentlemen! President Kennedy is about to launch the invasion on Cuba!â€

The crowd stopped talking altogether â€“ for a split second, in deep respect for Harryâ€™s plea â€“ then returned to their muttering.

Once again Harry went closer to the radio, struggling to listen to the details of the invasion. I pitied that client. There was no way he was going to get a high quality Tony Curtis Cut today.

Again Harry put the scissors on pause, this time keeping his other hand on the clientâ€™s earlobe for no useful reason whatsoever. Then he screamed at the bench: â€œSHUT UP, you people. For Godâ€™s sake! This is bloody serious!â€

This time the crowd shut up.

Each client grabbed a magazine and buried their heads â€“ some in shame, some in anger, but most in self-pity. Only big-mouth Marie, who was not a customer, but a small time dagga-peddlor in Leopold Street had the courage to confront Harry:

And Harry shakes his head: â€œLooks like Third World War tomorrow, brother. They are pointing missiles each other. And this time they are using nuclear missiles. They not playing. Remember Hiroshma? Thereâ€™s no stopping this!â€

Listening in on the conversation, it dawned on me: if President Kennedy actually did invade Cuba, then President Nikita Kruschev of the USSR would give the order to Castro to launch those nuclear warheads already directed to New York and Washington. This would without doubt, initiate a world war which would turn out to be the grandmother of world wars, and one way or another, signal the end of the world.

I realised I was wasting my time sitting in this stupid queue waiting for a haircut. School assembly would be cancelled tomorrow. No uniform-inspection, nothing! What the hell was I doing here anyway? I got up and did not bother to greet Harry and the other two: Harilal and Haroonbhai (the family tree was complex).

Let them sit here, I decided. I am going home to read my Spiderman comics again and have some butter bread and tea for the last time.

ES Essa is a physical-science educator based in Durban. He is currently completing his first book, titled Waterfall, a satirical take on growing up in apartheid South Africa.