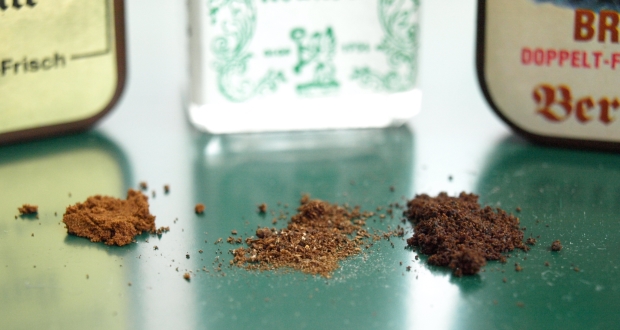 A couple of weeks ago, the Zulu language paper Isolezwe set tongues wagging with a story about the use of snuff by students at the Durban University of Technology (DUT). LIZEKA MADUNA looks at why a bit of tobacco can cause so much scandal.

Snuff is the kind of thing you might expect a character in a Charles Dickens novel to use, but you can get it on any street corner in South Africa.Â Intsu, as itâ€™s locally known, is a form of dry, crushed tobacco. It’s commonly used in black communities by traditional healers, known as ogogo, when trying to connect with amadlozi, the ancestors, and many older older people still use it as a cure for headache. Most howeverÂ take snuff for the nicotine kick it provides.

UsersÂ may sniff the tobacco into the nostrils, dip it between the lower lip and gum or insert it into the vagina.Â Yes, you read right â€“ intravaginal insertion of snuff is a thing. Many women believe that the coarse powder helps stimulate their sexual drive while tightening their vaginas and making them more sexually desirable.

Although itÂ is widely used by men and women alike, it carries the stigma of being a known sexual aid. When a story about snuff being sold at one of the DUT campuses made it to the front page of Isolezwe, members of the Student Representative Council complained that the story was tarnishing the institutionâ€™s image.Â When I tried to interview some users who were buying snuff on campus, I found that nobody wanted to talk to me about it.

Since snuff is another form of tobacco, I wondered ifÂ any of them had ever considered its health impacts. Snuff is smokeless but it is also addictive and dangerous. The World Health Organisation warns that snuff causes oral, oesophageal and pancreatic cancer.

Zola Shezi, a DUT counsellor, told me the sexual claims associated with snuff are myths and women who use itÂ intravaginally risk getting cervical cancer.

“Young women have become so desperate to please men to a point that they would insert something so toxic into their vaginas, and sadly they aren’t even aware of the danger associated with it,” she says.

Maybe itâ€™s time to set aside the stigma and speak openly about the effects of using snuff. After all, snuff boxes donâ€™t come with health warnings the way cigarette packages do.

Lizeka is our Durban reporter. Got a story idea or want to get in touch? Follow her on Twitter.