Home As Told to “Did my son really deserve to die?” – Mother of 10-year-old victim...
WhatsApp
Facebook
Twitter
Email
Print 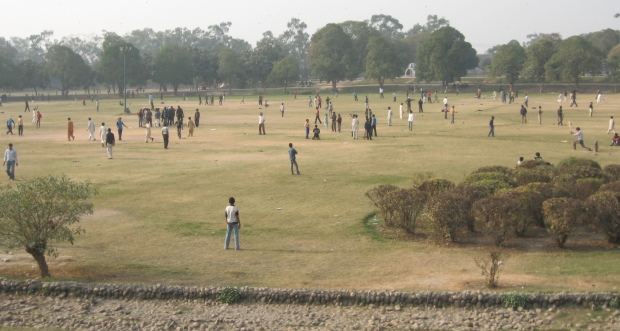 The Taliban faction that claimed responsibility for the deadly attack at the Gulshan-e-Iqbal park in Lahore, when it was packed with families, vowed to keep killing Christians and other religious minorities. However, ten days later, Shama Parveez, who lost her 10-year-old son in the attack, does not have answers to why her only son deserved to die. She spoke to The Daily Vox about her heartache.

â€œMy son was a position holder in school. He was a very intelligent kid,â€ Shama Parveez, told The Daily Vox.

â€œHe used to tell me that he would fulfill all my dreams and will provide everything I ever wished for. He is dead nowâ€.

Shama lost her husband four years ago of a brain haemorrhage and since then her only hope was her son, Sahil.

Shama works in a non-profit organisation in Lahore as an office assistant and lives with her nine-year-old daughter, Angel, who survived the attack.

â€œMy daughter is still in the hospital, recovering. She is the reason why I am still alive, or else I would have ended my life the day I lost my son.â€

The bombing in a crowded park late last month killed at least 73 people and injured more than 320 others. The attack sparked a massive paramilitary crackdown in and around Lahore. However, Shamaâ€™s brother Nadeem Khokar, believes that as a Christian minority in Pakistan, their life is still under threat.

â€œI am too scared to go to church or follow my religion. We say a prayer when we step out of our homesâ€¦ hoping to return safe to our family,â€ said Khokar.

The bombing marked Pakistan’s deadliest attack since the December 2014 massacre of more than 130 schoolchildren at the Army Public School in the city of Peshawar.

â€œNo religion will teach you to kill people. I donâ€™t know what religion they [militants] are following,â€ Khokar said. â€œI just cannot see my sister suffering after the loss of her son. She is shattered and I doubt she will recover from this pain,â€ he continued.

The attack has left many people terrified, especially families like Shamaâ€™s that hail from the poorest parts of Punjab where spending time with their families and enjoying a picnic in a park is usually their only chance for leisure.

The park has now become a reminder of danger and threat in the country.

â€œI use to see kids laughing and running around, so happy!â€ said Khalid, who worked at the park. â€œThis park is now a reminder of tears, blood and sadness. I will never go back to work in that park again.â€

Khokar says if places like parks and schools are attacked, the government is â€œnot doing enough to fight the terroristsâ€.

â€œOur government has failed to provide security to us. I donâ€™t care about their so-called crackdowns, because they promised the same after the Peshawar school massacre.â€

Now Shama wants to spend most of her time at work or with her brother. She said everything at home reminds her of Sahil.

â€œI had a lot of dreams for my son, he was my only hope, but now he is gone and so are my dreams for him,â€ breaking down in tears, she said.

â€œDid my son really deserve to die? I still wonder.â€